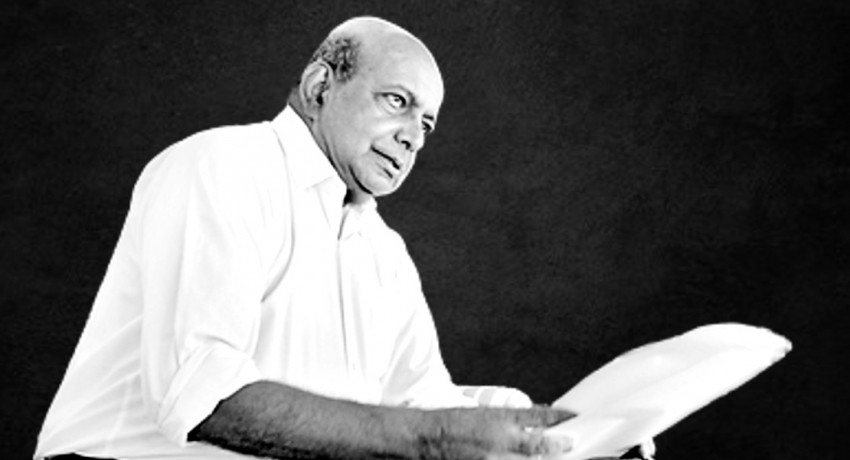 COLOMBO (News 1st); Dr. Siran Deraniyagala, a Prehistorian known for his work across the world, has passed away on Tuesday (5).

He received his BA and MA degrees in Architecture and Sanskrit at Cambridge University and went on to do postgraduate studies in archaeology at the Institute of Archaeology in London.

At the Institute he qualified with distinction and was awarded the prestigious Gordon Childe Prize, as one of two best all-round students in all fields of archaeology.

He joined the Archaeological Survey Department of Sri Lanka in 1968 as Assistant Commissioner in charge of scientific excavations.

Following this, Dr. Deraniyagala reoriented excavation and research strategies of the Department that were until then carried out on an ad hoc basis.

He introduced a research design, plans for infrastructure and human resource development in the excavation division and in 1969 undertook the epoch-breaking excavation at the Citadel of Anuradhapura.

This was the first scientific stratified excavation undertaken in this Island and it set the pattern to the next generation of field archaeologists in Sri Lanka.
The excavation at the Citadel in fact revolutionized much of traditionally accepted theories on the emergence of civilization in Sri Lanka.

It conclusively pushed back the beginnings of the earliest village culture, the introduction of metals and plant and animal domestication in this Island to 1000 BC. Dr. Deraniyagala’s investigations in the past two decades at the Citadel have revealed that this is one of the largest urban archaeological sites in pre modern South Asia.

This site now functions as a promising state-of-the-art research and training centers for archaeology in South Asia.

During his tenure as Assistant Commissioner Dr. Deraniyagala commenced a systematic reinvestigation of the prehistoric technology and culture of Sri Lanka.

He pioneered a new research strategy and lunched a long-term study of this significant period in our history hitherto little understood and little known.

Dr. Deraniyagala then preceded to the USA for his doctoral research at Harvard University and in 1988 his magnum opus; The Prehistory of Sri Lanka: an Ecological Perspective was completed.

This monumental work on cultural palaeo-ecology amounting over 1500 pages, has been hailed by Harvard professors as a landmark in the archaeology of South Asia as a whole, which has incidentally transformed their concept of Sri Lankan pre history.

In 1992 his thesis was published as Memoir 8 of the Archaeological Department and is acclaimed as one of the primary source books on South Asian prehistoric archaeology.

Dr. Deraniyagala’s tenure as Director General of Archaeology (1992 to 2001) has been one of the most significant epochs in modernizing Sri Lankan archaeology in the state sector.

He prepared an agenda restructuring theoretical, applied and management archaeology at the professional level by coordinating several ‘thrust’ programs for this purpose.

Dr. Deraniyagala was responsible in the introduction of a radial shift in the Antiquities Ordinance in 1998 and it vested greater power with the Director General of Archaeology and formalized Archaeological Impact Assessments.

Dr. Daraniyagala has disseminated his knowledge by publishing over 40 research articles in some of the most prestigious learned journals in the world.