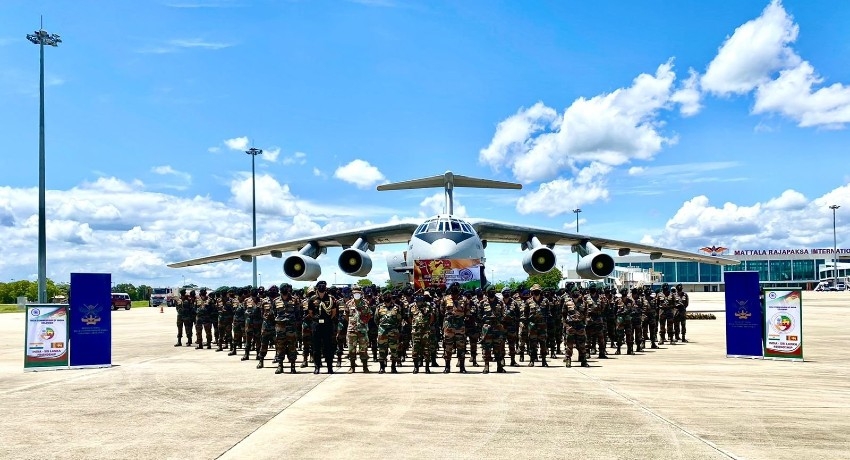 COLOMBO (News 1st); An Indian military contingent was welcomed at the Mattala International Airport on Saturday (2), for the eighth iteration of the India-Sri Lanka bilateral joint exercise Mitra Shakti.

From October 4 to 15, the eighth iteration of the India-Sri Lanka bilateral joint exercise Mitra Shakti will be held at the Combat Training School in Ampara, Sri Lanka.

The exercise would include an all-arms contingent of 120 Indian Army personnel and a battalion from the Sri Lankan Army, according to a statement from the Indian Ministry of Defence.

The statement suggests that the exercise’s goal is to establish closer ties between the military of both countries, improve interoperability, and share best practices in counter-insurgency and counter-terrorism operations.

According to the ministry, the exercise will involve tactical level operations at the sub-unit level in an international counter-insurgency and counter-terrorism environment.

It will go a long way in further strengthening the relationship between the two South Asian nations and will act as a catalyst to bring synergy and cooperation at the grassroots level between both Armies.