COLOMBO (News 1st); The ‘Critical Engagement, the climax of the joint multi-pronged tri-service Field Training Exercise (FTX) of the Army, ‘Cormorant Strike XI – 2021’ which executed its final amphibious mock attack capturing the simulated hostile bases in Kuchchaveli, off Trincomalee on Wednesday (29) with participants from foreign militaries, was witnessed by General Shavendra Silva, Chief of Defence Staff and Commander of the Army, along with High Commissioners of Bangladesh and the Maldives, Defence Attaches and a host of tri service Senior Officers, including Commanders of the Navy and Air Force.

The soldiers of the elite Special Forces and the Commandos infiltrated into the mock military base on the beach front, backed by sailors of the Navy, airmen of the Air Force, troops of foreign countries, Mechanized Infantry Regiment and Sri Lanka Armoured Corps during the final mock operation and destroyed the enemy hideout in a real-time battlefield experience while besieged villagers, young and old, men and women carrying babies, thronged into the fighting terrain by then seeking liberation from terrorist clutches.

Conducting it for the 11th consecutive year, the multinational military Field Training Exercise is aimed at developing a competent special operation force and maintaining the operational efficiency and the combat readiness of participating troops.

Along with 2486 troops, infantrymen and mechanized infantry and cavalry men, inclusive of Sailors and Airmen, the FTX was made up largely of Commandos and Special Forces.

To the credit of the Sri Lanka Army, the FTX which began on 3rd September 2021 from Minneriya has attracted a total of 37 foreign service personnel, representing 05 countries, either as participants or observers in the FTX in spite of COVID-19 health restrictions.

Participants or Observers from India, Pakistan ,Bangladesh,Maldives and Oman were associated with this FTX, in which Major General Harendra Ranasinghe functioned as the FTX Director and Major General Anil Samarasingha as Deputy Director since its launch on 3rd September 2021.

A group of foreign military men from 3rd September contributed to the FTX, this year at the invitation of the Army.

A team consists of 12 skilled combat divers of Commandos and Special Forces and another four members of the special boat squadron, specially trained for those types of operations also took part in the meticulously-timed operation with great enthusiasm.

The deafening sounds of exploding bombs and gun firing by the soldiers of the Special Forces and the Commandos with the support of the Navy and fighter jets flying over the hideout created the whole setting a fierce battlefield environment as the FTX reached its critical juncture.

Suppressing the insurgents at the ad hoc base from all fronts, sea insertion by soldiers of the Special Forces using inshore patrol crafts, highly-skilled parachutists of the special operation forces, who were dropped deep behind the target to cut off reinforcements and withdrawal of insurgents, Mechanized Infantry tanks bulldozing the commanding points and guard points in the base finally enabled helicopters to touch the beach front for casualty evacuation as the string of rehearsing phases kept the onlookers steadfast and spell-bound till the last second of the activity that gave them a real-time capture of an enemy base attacking from land, sea and air.

It amply displayed how a simulated multi-pronged joint amphibious attack on enemy hideouts could be carried out with precision and at a short notice in a hostile, most challenging and exciting setting. 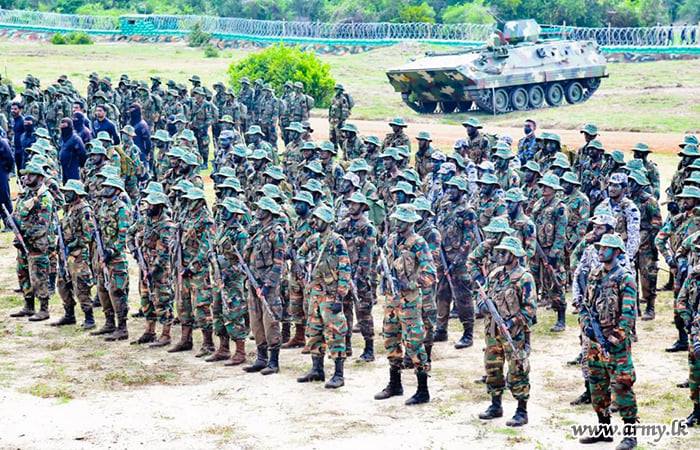 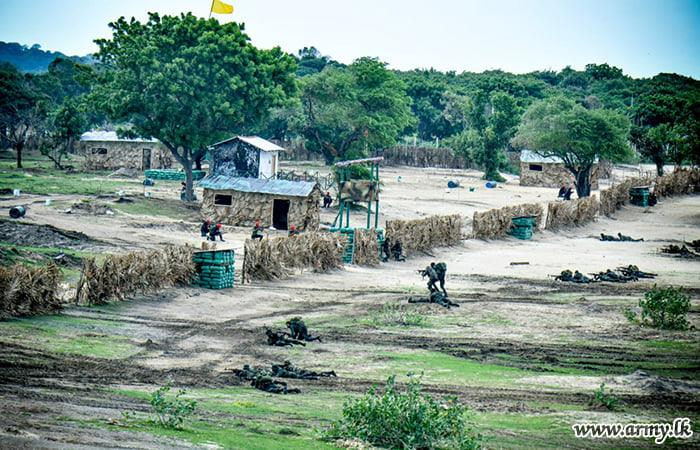 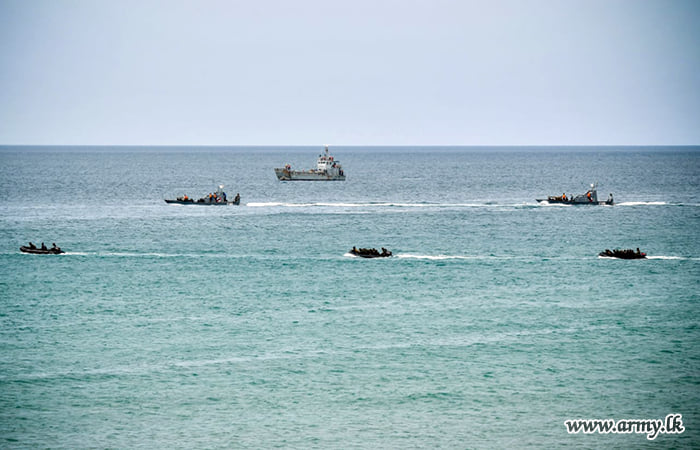 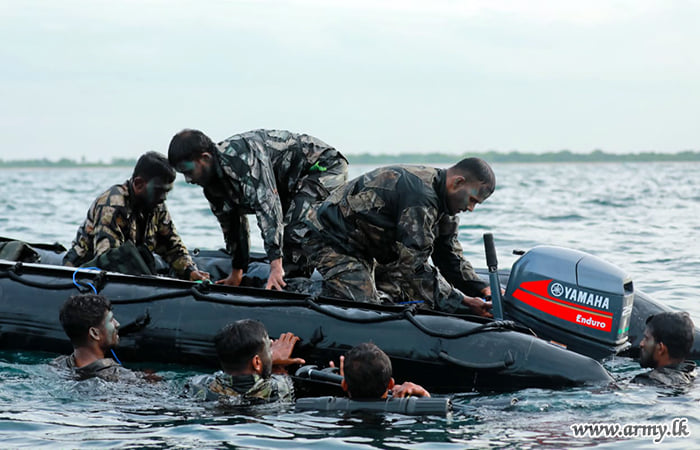 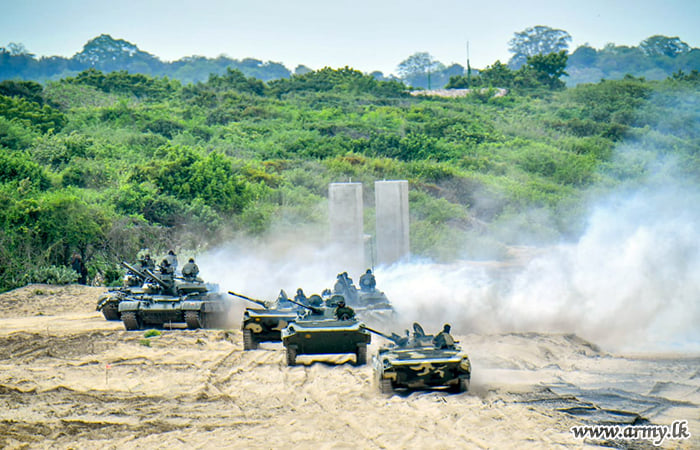 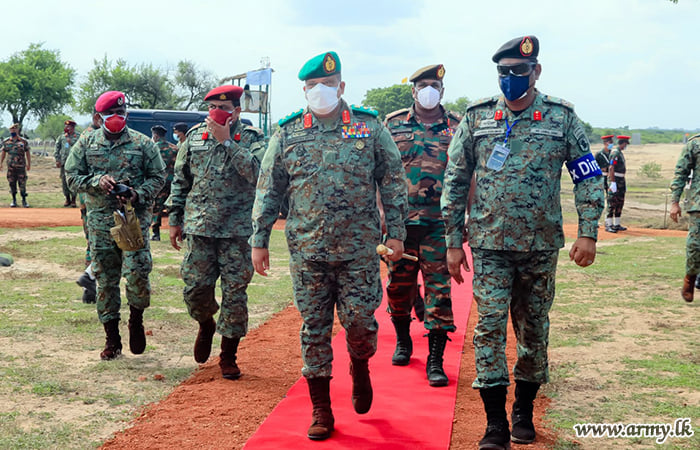 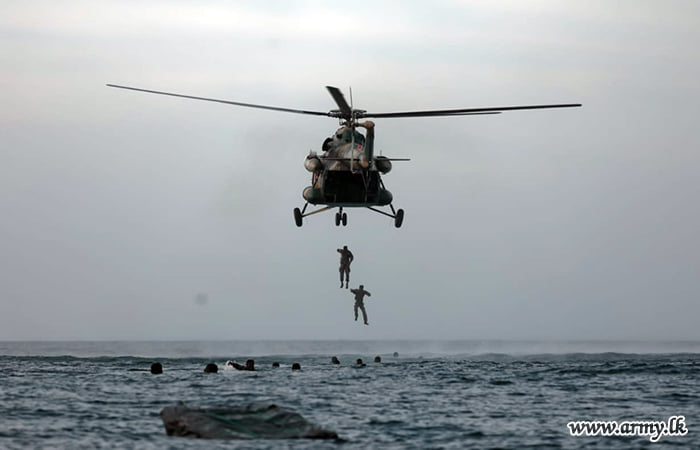 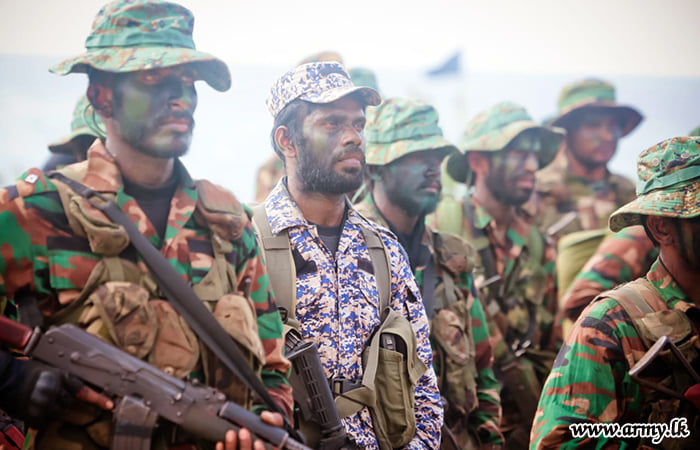 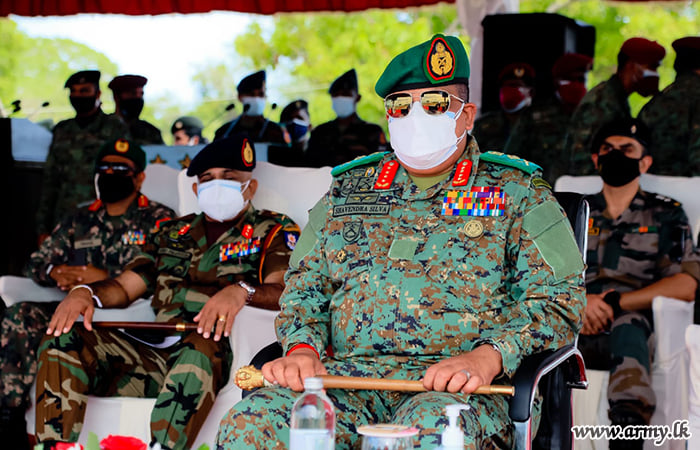 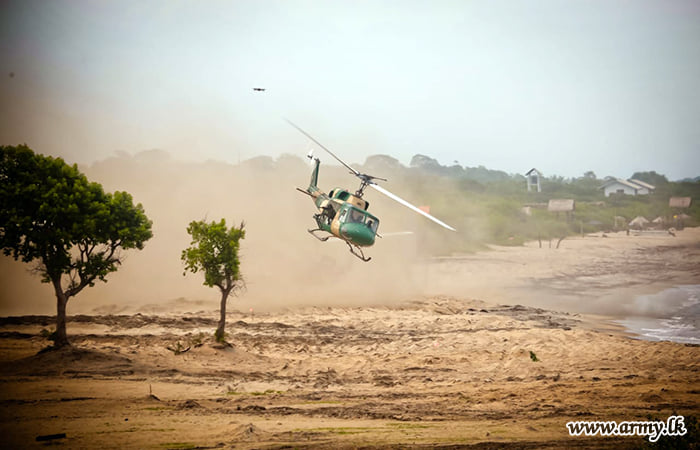 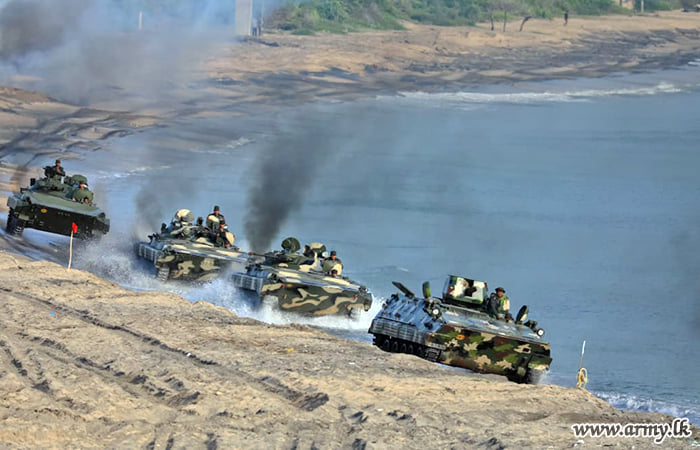 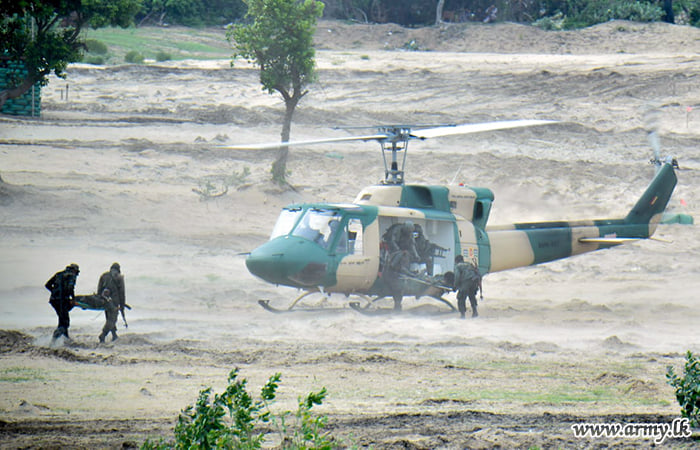 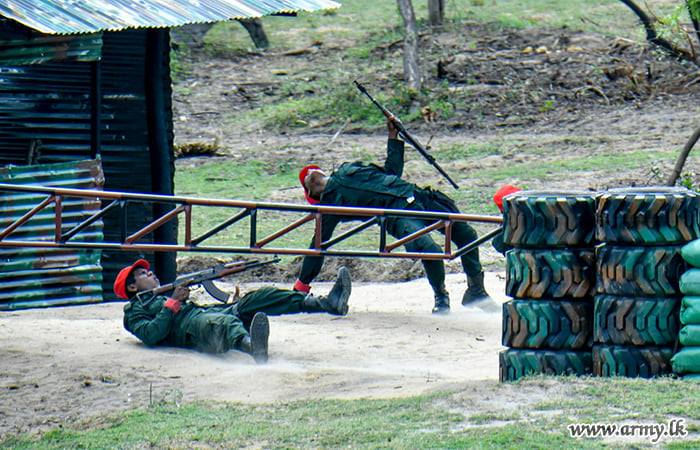 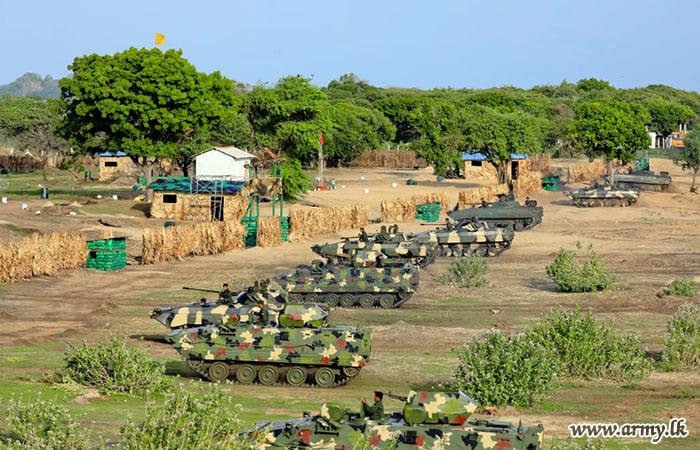 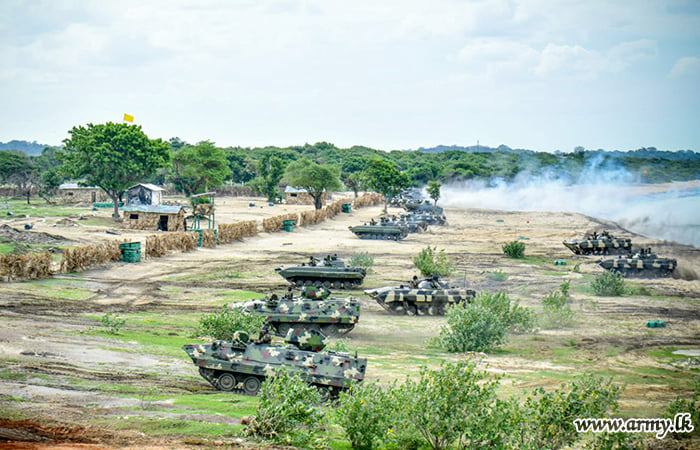 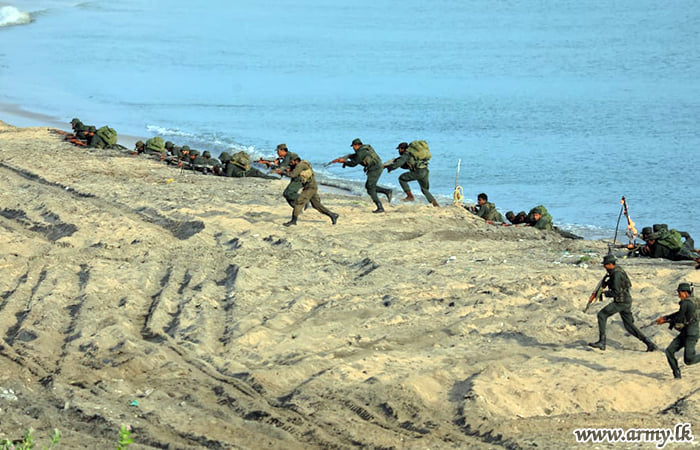 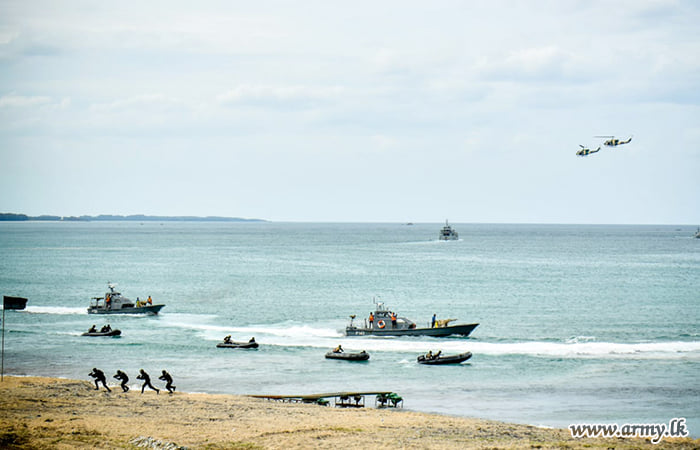 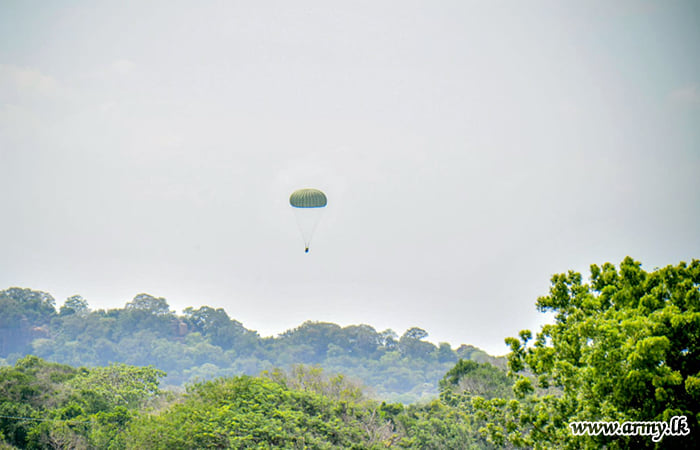 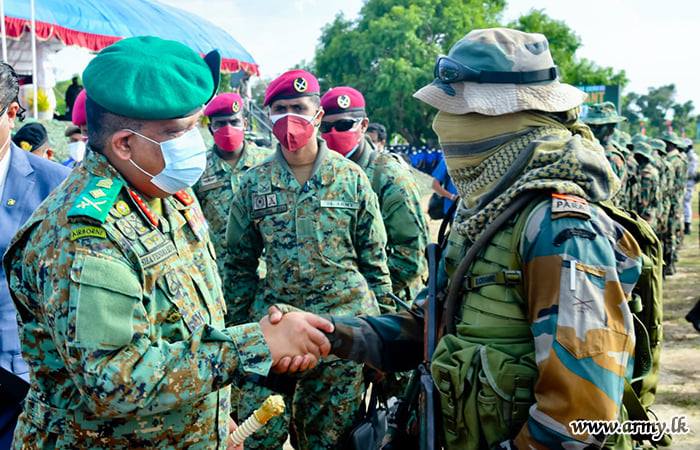 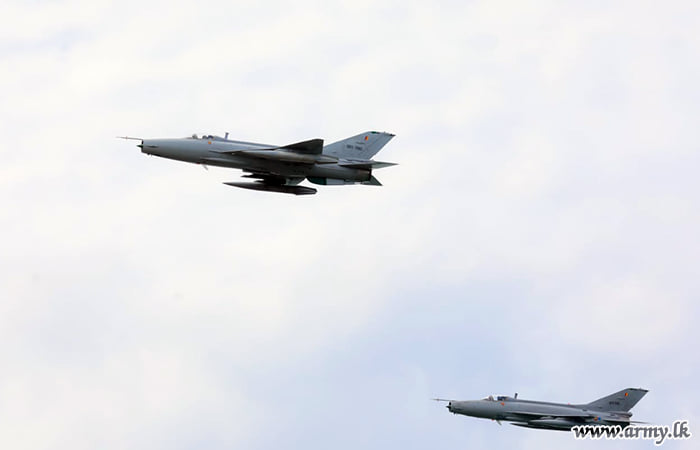 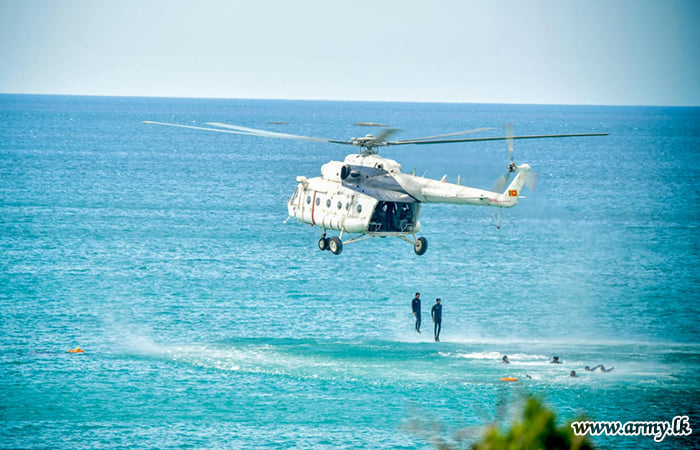