According to Sri Lanka Police on the 18th of May 2021 an individual had visited a Shaman in Pannipitiya in order to seek a cure for his ill father.

The individual had obtained information about the Shaman from a known associate.

The Shaman had told the man that both he and his father were possessed and he needs to perform a ritual on the 22nd of May 2021 in order to ward off the evil spirits.

While performing the ritual the Shaman had told the residents that keeping gold jewelry in their home would curse them and therefore the jewelry should be donated to the Temple of the Sacred Tooth Relic, while also adding that the laptop computer should not be touched by them.

He had told the residents to place the jewelry and the laptop in his car and thereafter the Shaman had left the residence, said Sri Lanka Police.

A complaint was filed with Sri Lanka Police on the 27th of September 2021 and following an investigation, the suspect was arrested. 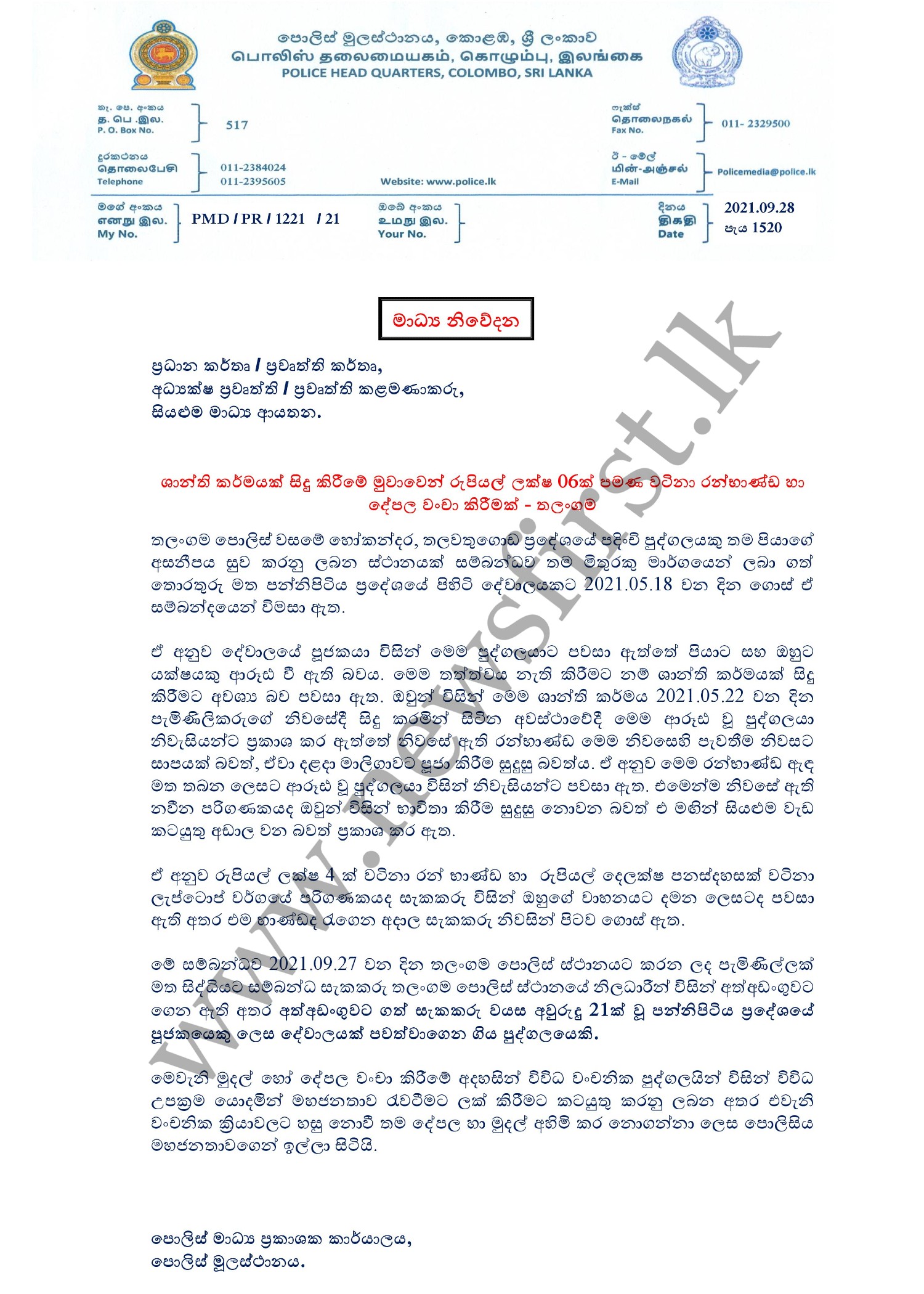