COLOMBO (News 1st); Opposition Leader Sajith Premadasa has condemned the threats made to the media and media freedom.

The Leader of the Samagi Jana Balavegaya in a statement said the Freedom of Speech and Freedom of Expression is enshrined in the constitution, and in such a situation threats to the media are unacceptable.

The Universal Declaration of Human Rights, the United Nations Covenant on Civil and Political Rights, and the European Convention on Human Rights make it very clear that the right to freedom of speech and expression is the right of all, said Premadasa.

It is the responsibility of the media to expose corruption and fraud in the country, said the Opposition Leader who also emphasized that the CID has no right to summon the journalists who carry out that responsibility for questioning or to intimidate them. 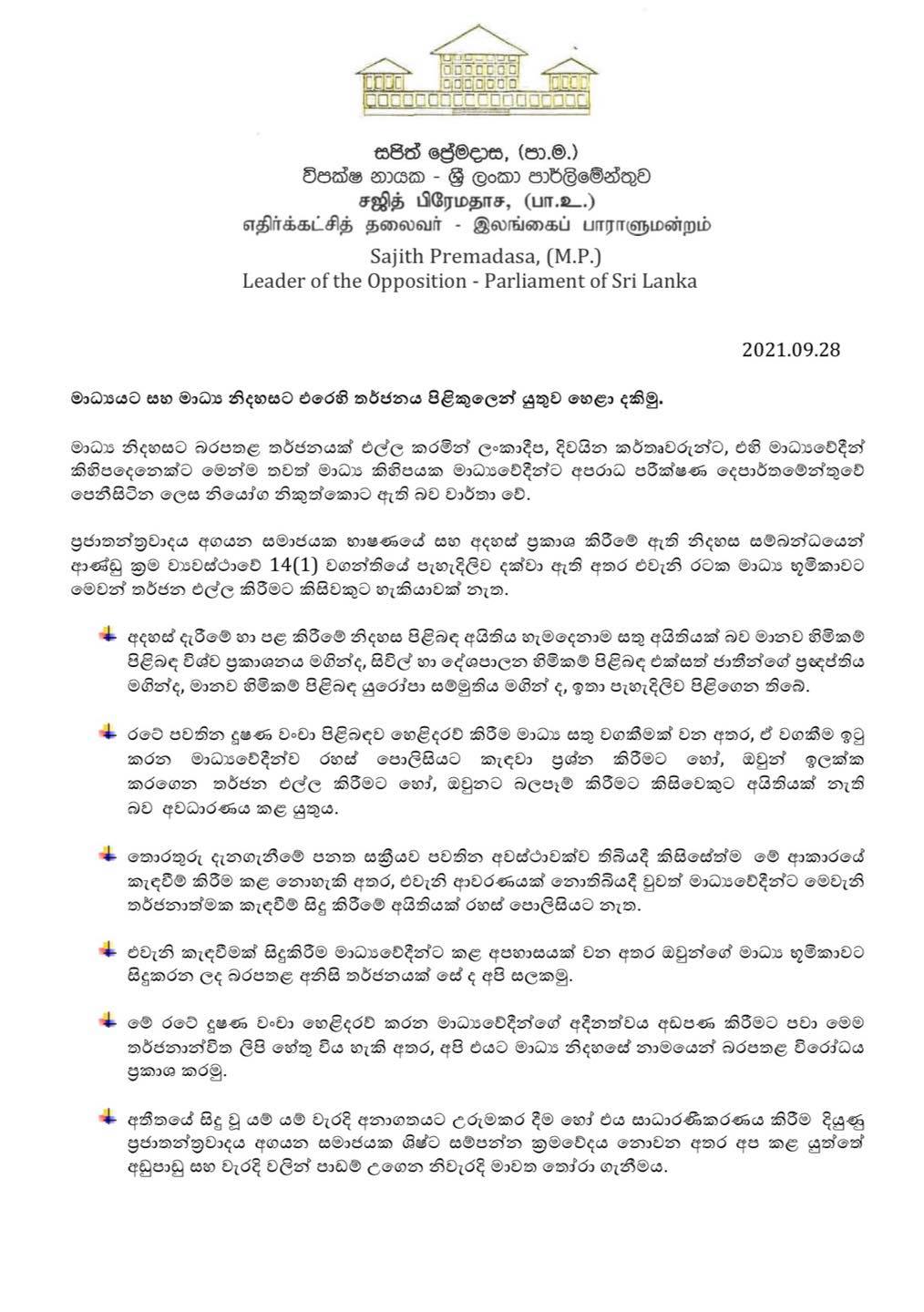 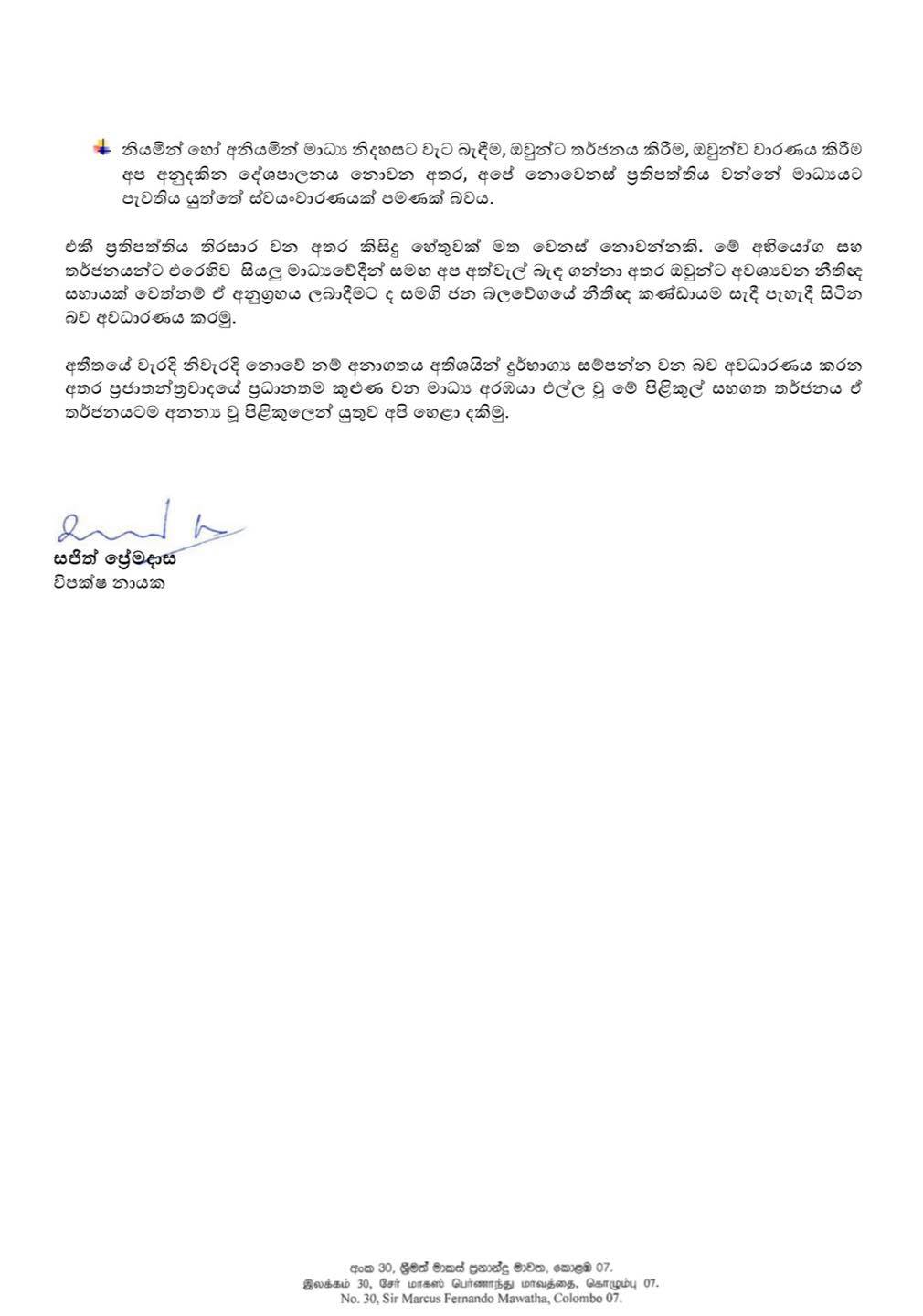