COLOMBO (News 1st): The Meteorological Department warns of an increase in rainfall expected in the South West region of the country due to the initiation of the Southwest monsoon season.

Accordingly, showers or thundershowers will occur at times in the Western, Sabaragamuwa, Central and North Western Provinces and in the Galle and Matara Districts today (25), the Department said.

A statement issued by the Meteorological Department states that heavy showers of more than 100 mm are possible in some parts of these areas as well.

Showers or thundershowers will occur at a few places in the Eastern and Uva Provinces during the evening or night today (25).

Wind speeds will increase up to 40-50 kmph at times in the North, North Central and North Western Provinces and in the Hambantota and Trincomalee Districts. 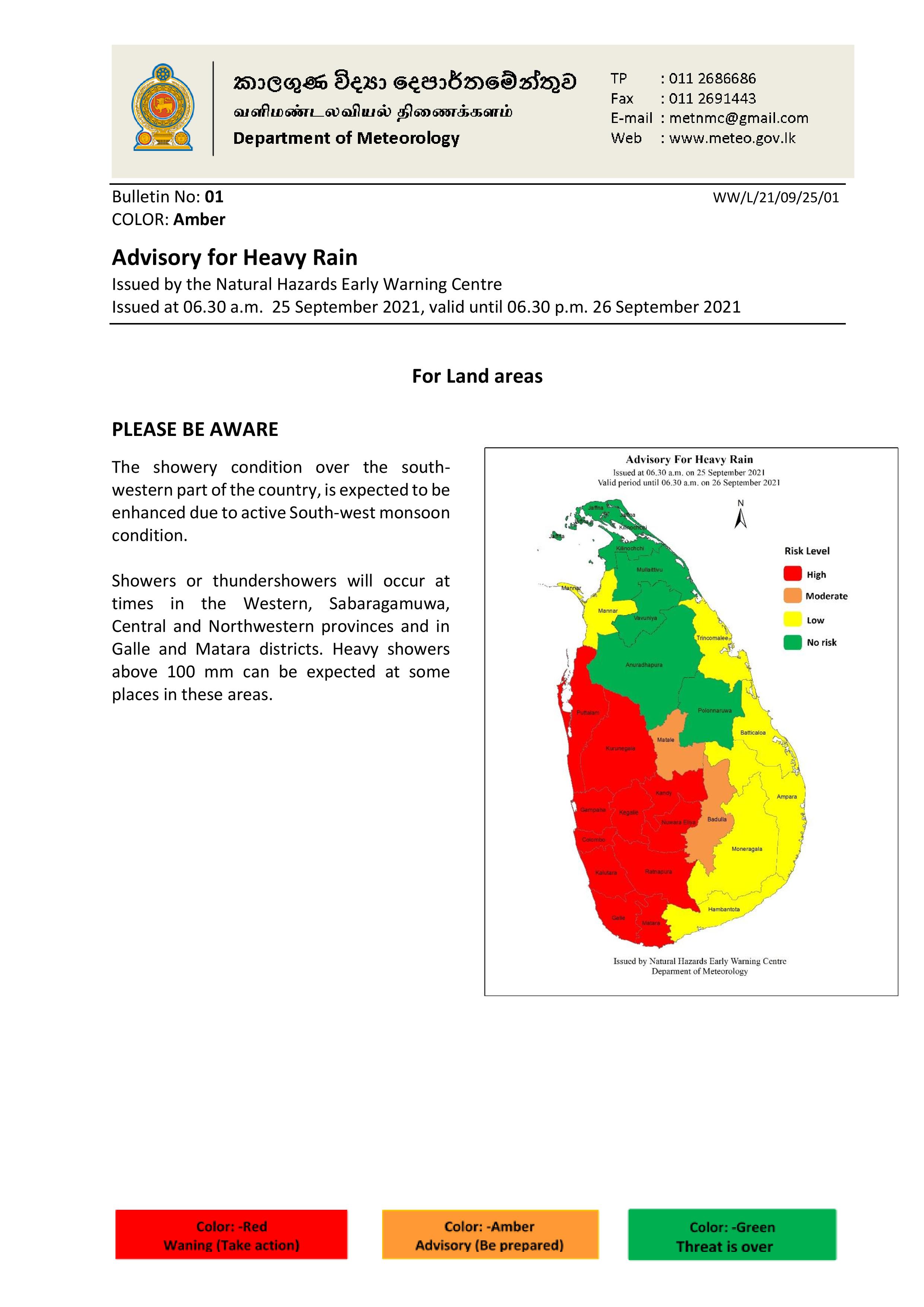