COLOMBO (News 1st); Prime Minister Mahinda Rajapaksa has issued a directive to immediately release all consignments of essential goods that are held at ports.

The directive was made at the Cabinet Sub-Committee on the Cost of Living, which convened virtually on Friday (24).

According to a statement from the Prime Minister’s Office, the directive was issued to the Controller General of Imports & Exports and the Director-General of Customs.

Finance Minister Basil Rajapaksa had told the meeting that Trade Minister Bandula Gunawardena was instructed to ensure that the released essential commodities are made available to the people via Sathosa and the importers.

At the meeting, it was emphasized that it is the responsibility of the Trade Ministry and the Agriculture Officials to ensure there is no shortage of rice and other essential food items in the local market.

Trade Minister Bandula Gunawardena had also requested the Prime Minister to investigate the allegations made by the Former Executive Director of the Consumer Affairs Authority, as well as the complaint made by him.

The Inspector-General of Police was instructed by the Prime Minister to expedite the investigations.

In addition, permission was granted to the request made by State Minister D. B. Herath to source maize and other animal feed from overseas markets, until the local harvest is made available. 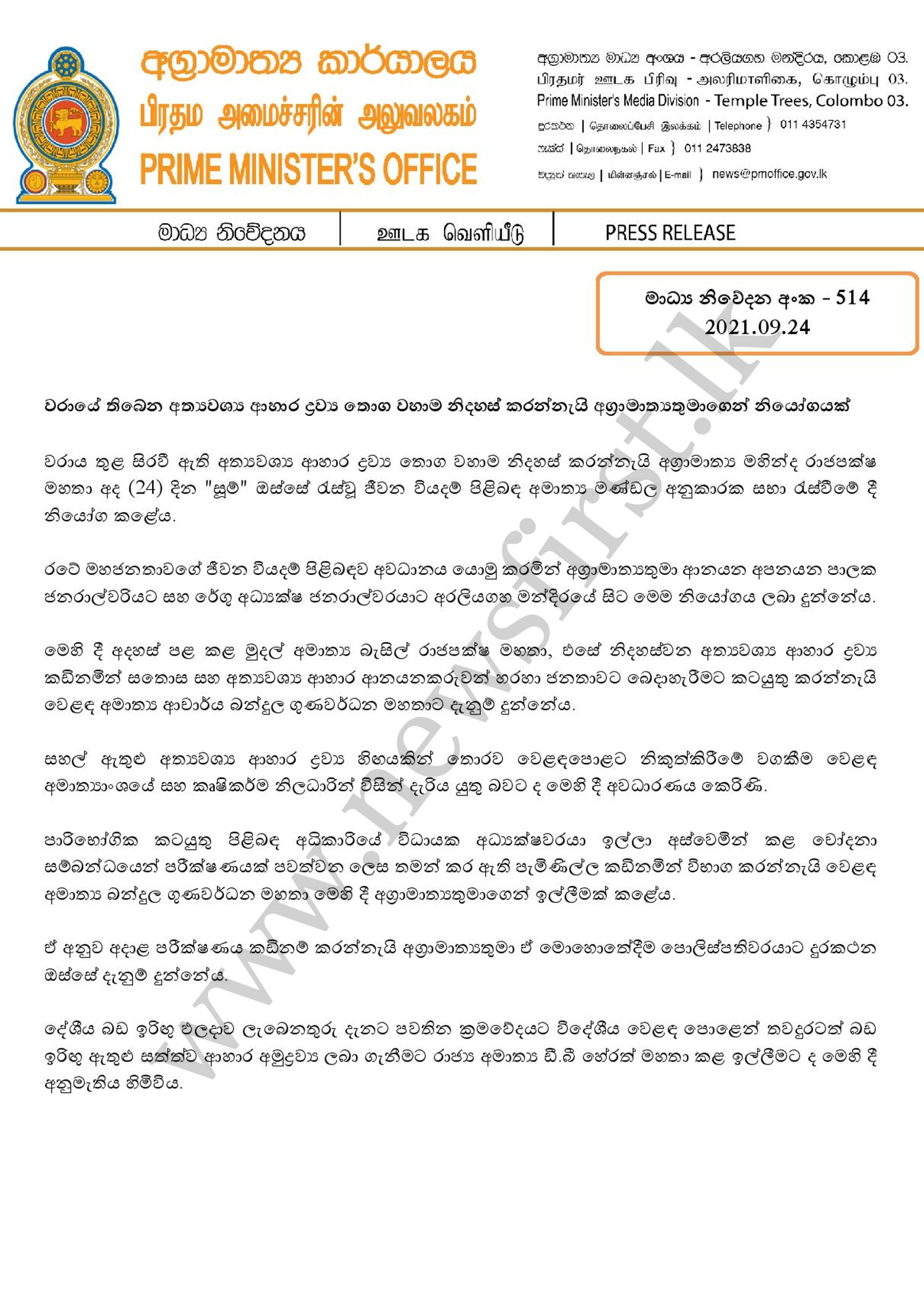