In a letter addressed to multiple EU representatives, the HRW has called for the EU to state publicly that the Sri Lankan Government is in breach of its human rights obligations under the GSP+ scheme and has introduced several benchmarks with short and transparent timelines to implement them.

Accordingly, the HRW states that Sri Lanka should repeal the Prevention of Terrorism Act. end attempts to silence the civil society, release prisoners held arbitrarily, withdraw the Parliamentary resolution to implement recommendations of the political victimization committee, to bring stalled human rights cases to a fair trial, and to agree to implement key recommendations of the UN special procedures.

Moreover, the letter emphasizes that results, and not repeated commitments should guide the EU’s assessment of the country’s implementation of human rights. 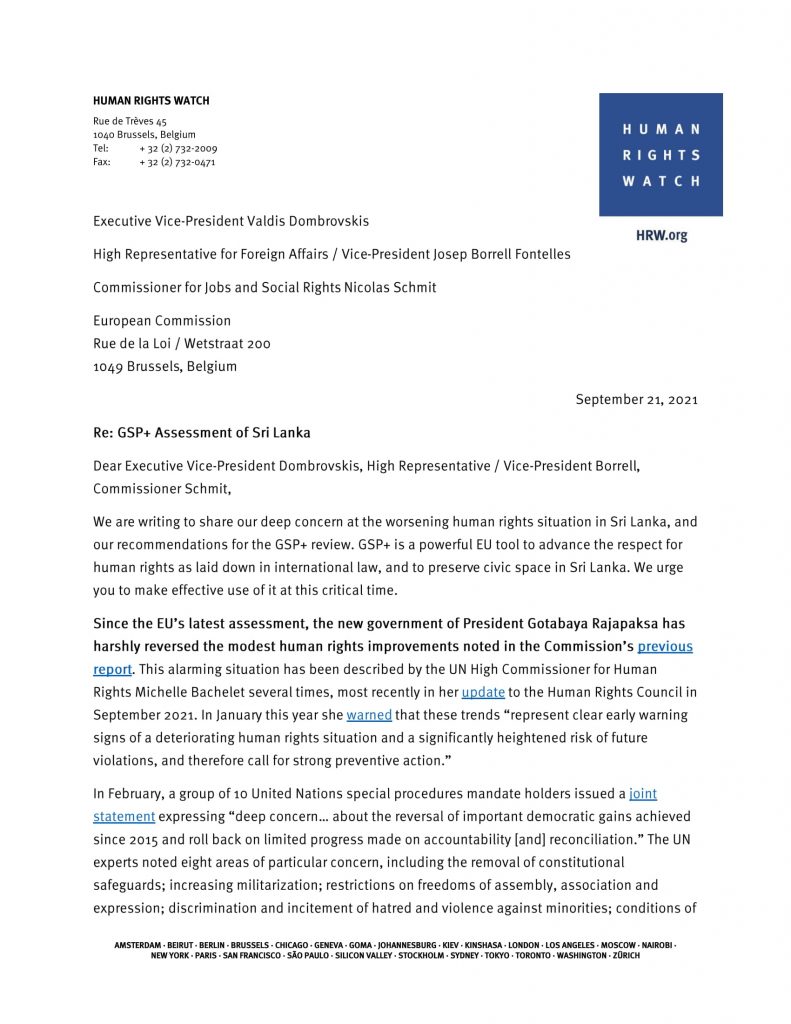 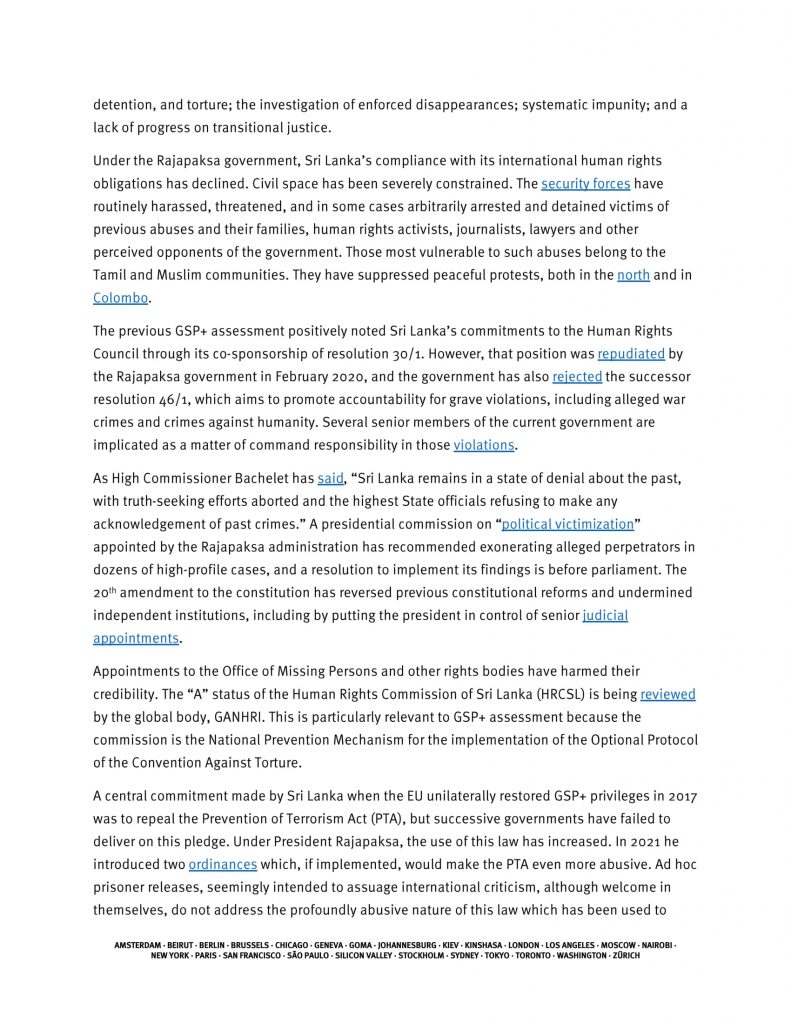 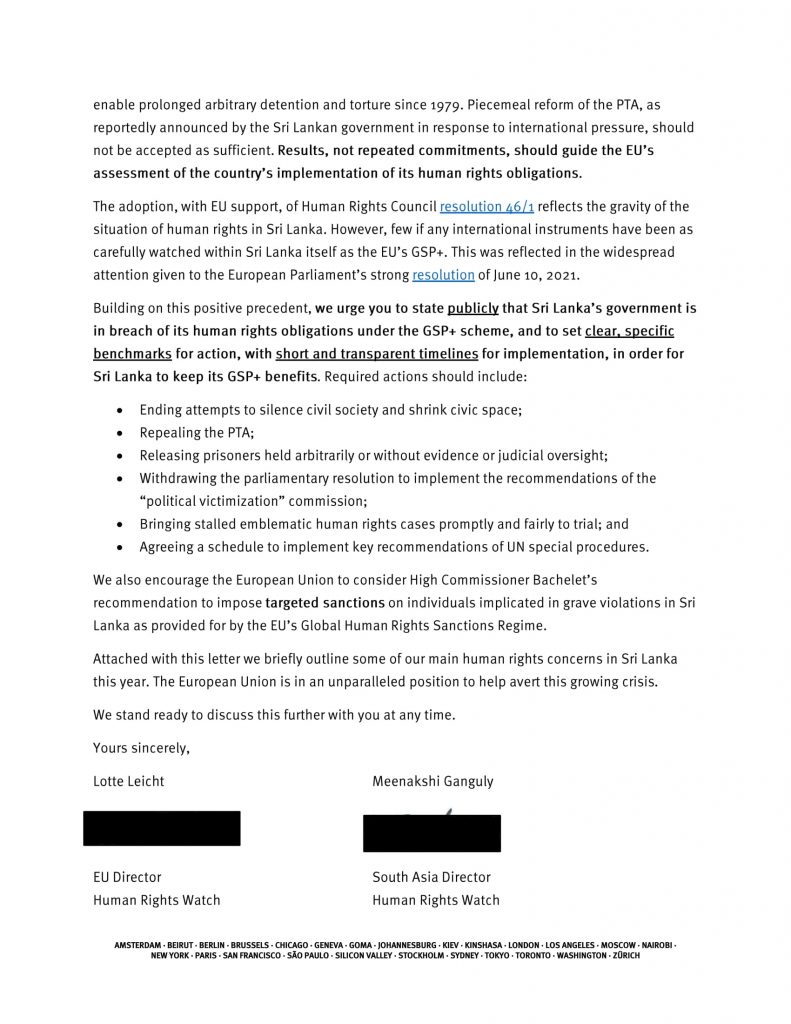 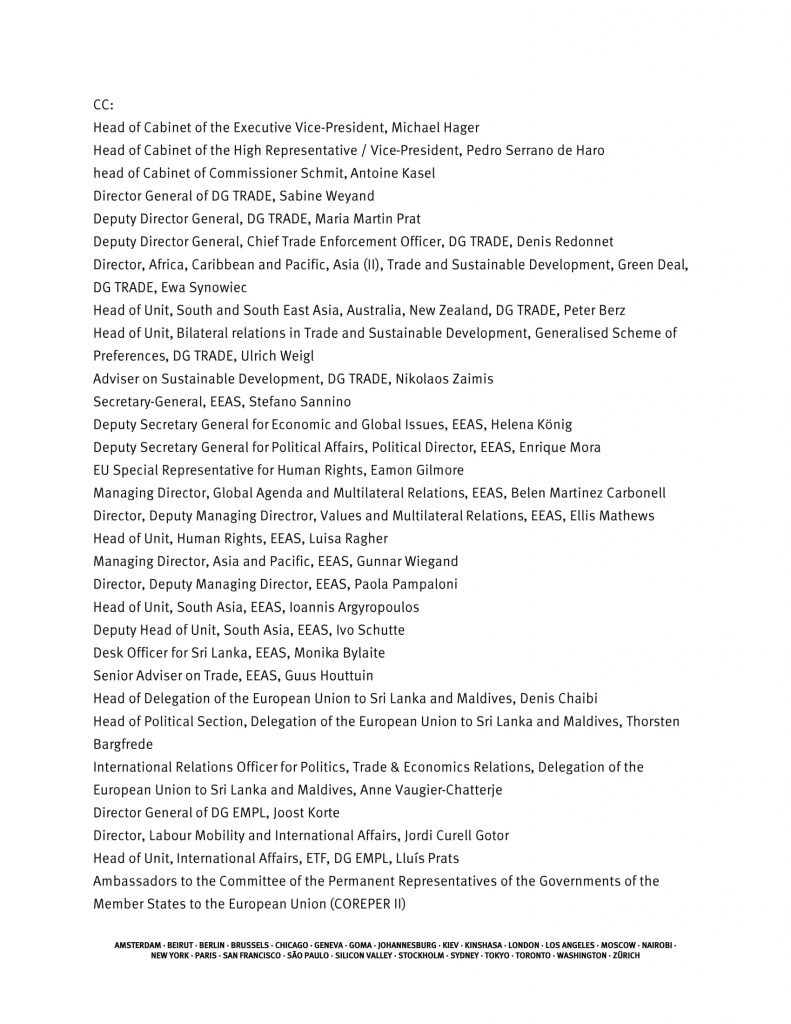 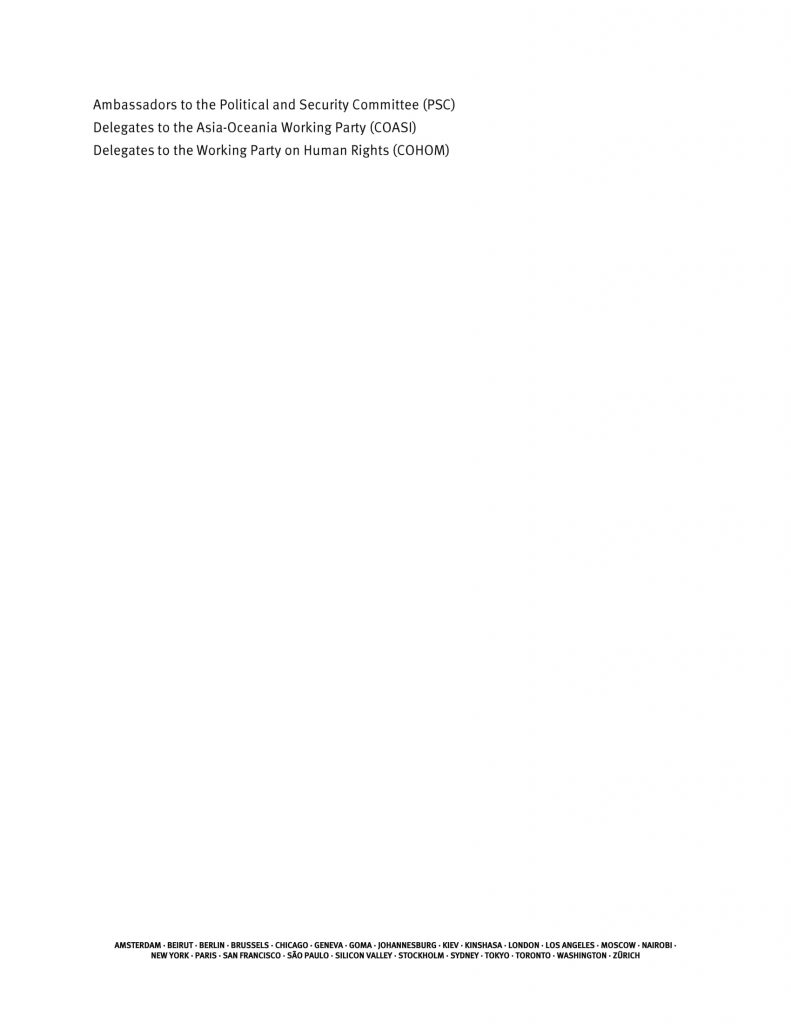