COLOMBO (News 1st); Sri Lanka’s Opposition Leader Sajith Premadasa says that the government has decided to grant a political appointment to the post of Governor of the Central Bank delivering a death blow on the credibility of the Central Bank of Sri Lanka and it will inevitably undermine the confidence of international investors in Sri Lanka.

The key role of the Central Bank is to implement monetary policy, to pioneer the banking system, and to play a leading role in the overall financial process. Therefore, it is imperative that the Central Bank, which is responsible for making policy decisions on fiscal reserves, be kept separate from political influence, said Sajith Premadasa.

The nomination and appointment of Ajith Nivard Cabraal as the Governor of the Central Bank in the current economic crisis and the severe foreign exchange deficit that our country is facing in the face of debt repayment problems have further created economic confusion and distrust in our country among international financial community, he added.

He emphasized that it would be a betrayal of public confidence if the government were to reinstate a person with a serious breach of credibility and a dark past as the Governor of the Central Bank, the country’s chief financial officer and opposes the move. 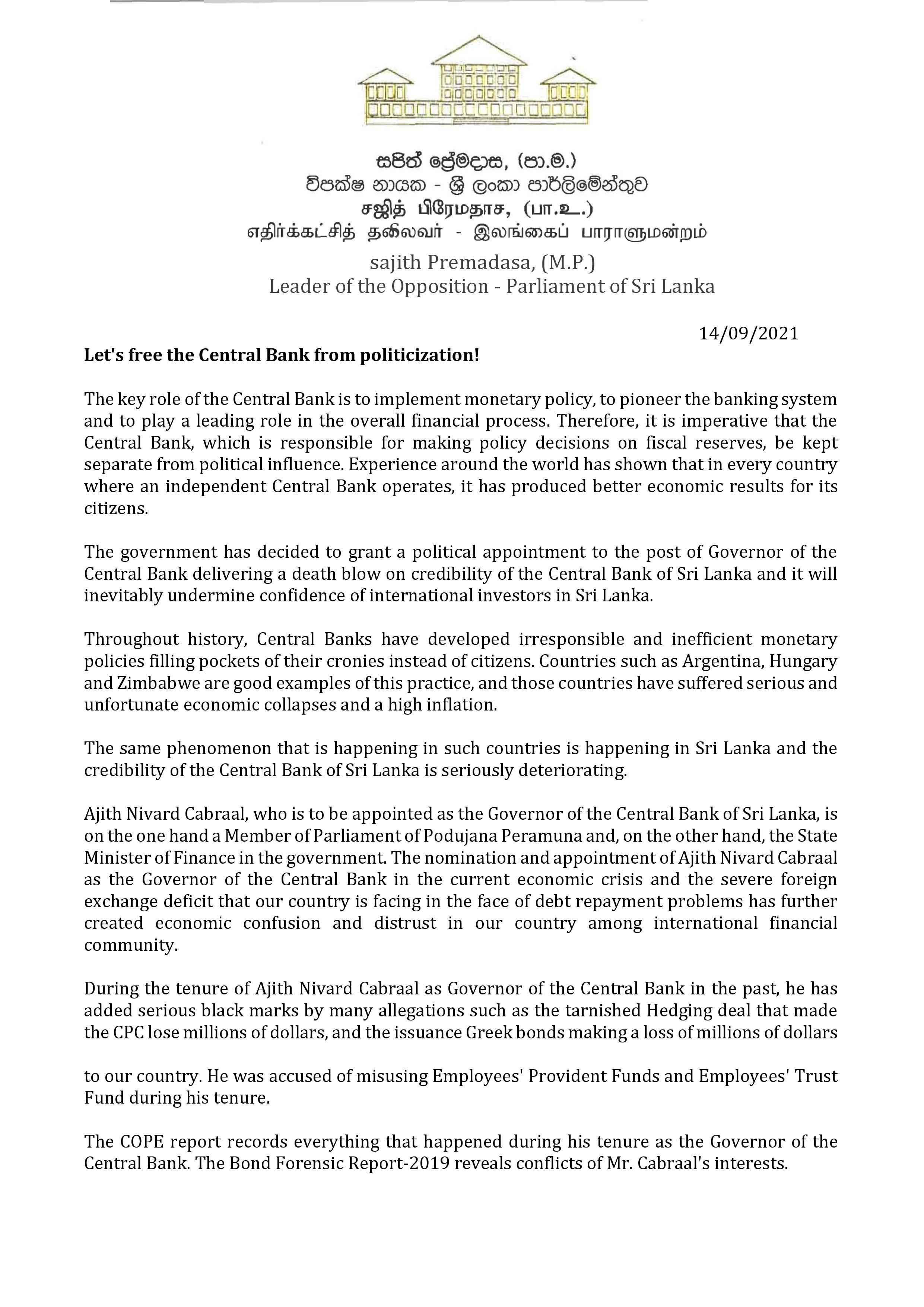 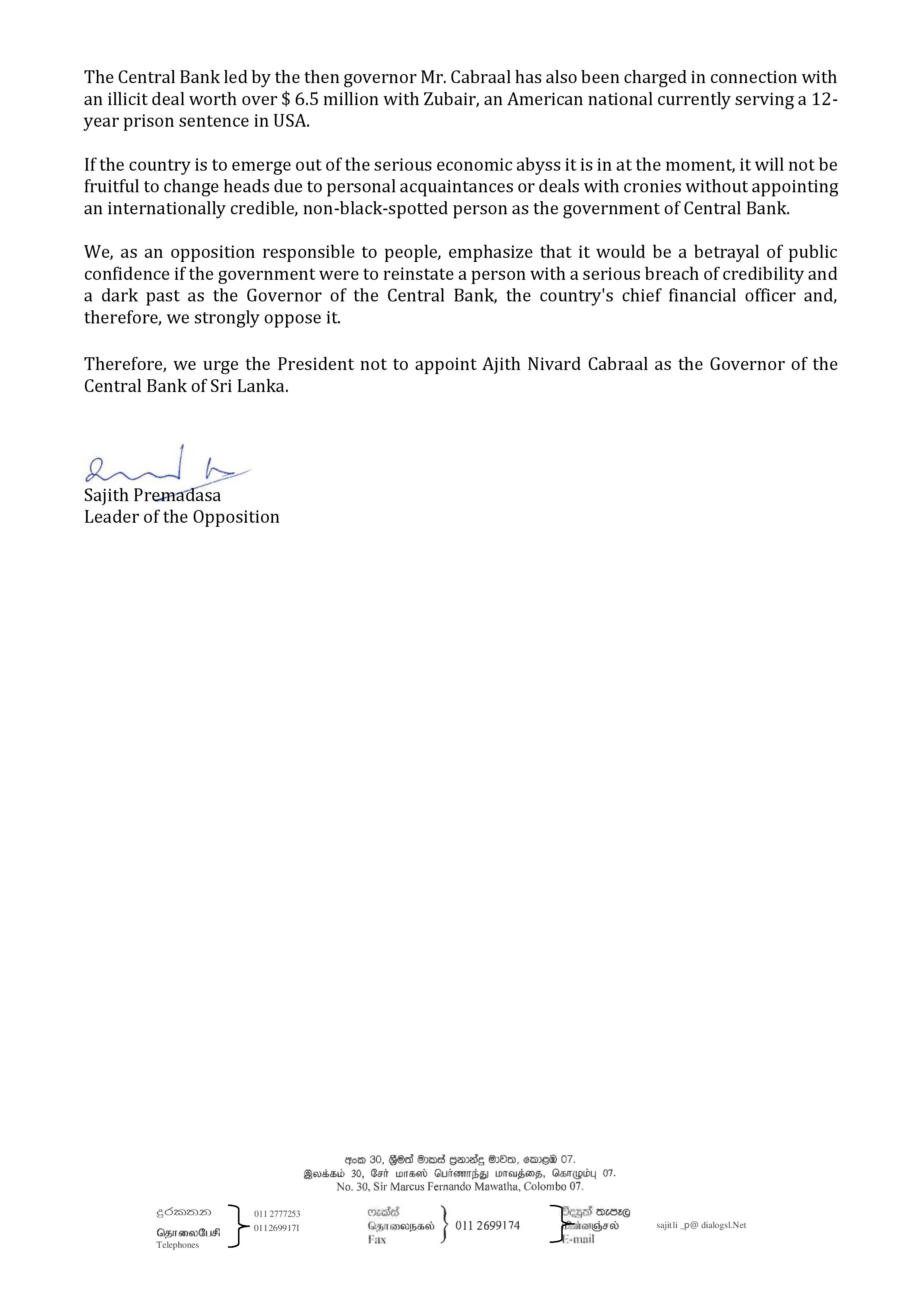