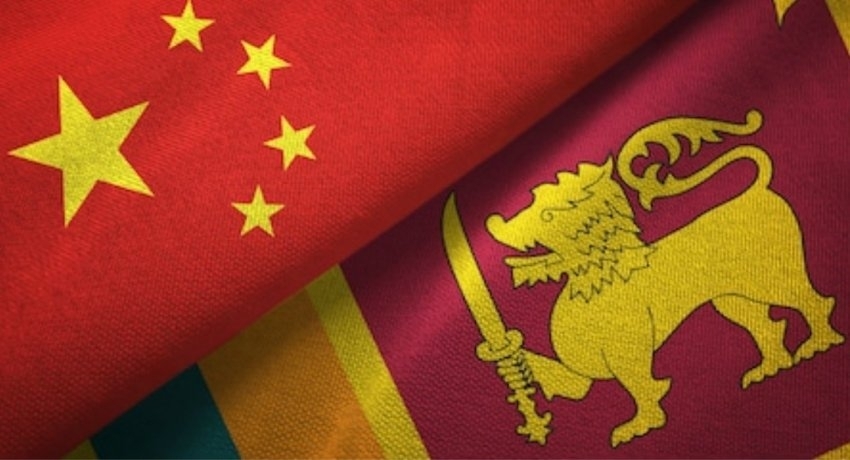 US$ 1.5 Bn currency swap with China stumbles on a roadblock

US$ 1.5 Bn currency swap with China stumbles on a roadblock

COLOMBO (News 1st); China in early 2021 approved a 10 billion yuan ($1.54 billion) currency swap with Sri Lanka, however, the agreement has stumbled on a roadblock due to a technicality.

Finance Minister Basil Rajapaksa requested the Speaker of China to look into to the USD 1.5 billion fiscal transfer between the two Central Banks as a measure to overcome the current economic challenge which is at halt due to some issued in the context of the technicalities of the agreement.

He said that Sri Lanka had received a number of projects including the Bandaranaike Memorial International Conference Hall, the Supreme Court Complex, the Expressway, the Hambantota Port, the Mattala Airport and the Colombo Port City due to the intervention of the Chinese government.

The Minister also requested to facilitate the expansion of industries such as garments, tea and gems to enter the Chinese market under the Sri Lanka-China Free Trade Agreement.

The Government is ready to facilitate for the establishment of a regional headquarters of the China Development Bank in the vicinity of the Colombo Port City, the Finance Minister said as he also sought China’s support for further investment opportunities in Sri Lanka.

The Chinese government will do its utmost to help overcome the economic challenge as well as the COVID challenge in Sri Lanka, Chairman of the National People’s Congress (NPC) Standing Committee (Hon. Speaker of the Parliament of the People’s Republic of China) Li Zhanshu assured Speaker of Parliament Mahinda Yapa Abeywardena.

It was the first diplomatic discussion held by the Parliament of China since the COVID pandemic.

The Speaker of the Parliament of Sri Lanka sought the assistance of the Government of China in overcoming the economic challenges posed by the current COVID situation to which the Chairman of the National People’s Congress (NPC) Standing Committee assured full support under the guidance of the President of China.

The Speaker of the Parliament of Sri Lanka highlighted that the Sri Lanka – China bilateral relations have grown from strength to strength since the establishment of formal diplomatic relations in 1957.

The Speaker took this opportunity to thank the Government of China on behalf of all political parties in the Sri Lankan Parliament and the people of Sri Lanka, for the unwavering support Sri Lanka has received in protection of Sri Lanka’s sovereignty, promotion of economic prosperity, and in the sphere of international diplomacy.

Furthermore, the Speaker thanked China for the support Sri Lanka has received in facing the Covid-19 Pandemic.

China has donated 3 million vaccines and supplied 18 million in total to Sri Lanka which has been instrumental in the vaccination drive Sri Lanka has undertaken to manage and control the Covid 19 pandemic, the Speaker further stated.

Adding to it, the Speaker stated that seven years ago, The Chinese President, His Excellency Xi Jinping initiated the Colombo Port City project as a pearl of the ‘Belt and Road’ initiative, turning a new chapter in Sri Lanka’s journey towards a developed nation.

At a time when the Port City is about to break ground, the Speaker made note that Hambantota port is also gradually evolving as a global hub port with a bustling industrial zone having multinational investments from China, Sri Lanka and Maldives with many more investments in the pipeline.

He also added that President Gotabaya Rajapaksa and the Prime Minister Mahinda Rajapaksa are committed towards leading the Government in this regard.

The Speaker requested the Government of China to encourage many more companies to invest at Colombo Port City and Hambantota Port and also invite all our friendly countries around the globe to make use of the opportunities and help Sri Lanka prosper in its journey of becoming a global hub.

Whilst highlighting the need to enhance the bilateral relationship and cooperation between the two Parliaments the Speaker invited a delegation including the Speaker of the Parliament of the People’s Republic of China to visit Sri Lanka.

Accepting the invitation, the Speaker of China said that they would visit Sri Lanka as soon as the COVID situation is resolved.

He also said that he looks forward to a delegation accompanied by President Gotabaya Rajapaksa and Prime Minister Mahinda Rajapaksa on a visit to China once the COVID situation is resolved.

Speaking at the occasion, Minister of Foreign Affairs Prof. G.L Peiris said that the support extended by China in overcoming the COVID challenge in Sri Lanka is commendable.

He further said that China has always stood by Sri Lanka as a close friend in the international arena and that he looks forward to the continued support in the future as well.

China will provide investment facilities for other investments, including the Colombo Port City Project Chairman of the National People’s Congress (NPC) Standing Committee (Hon. Speaker of the Parliament of the People’s Republic of China) Li Zhanshu stated.

Speaker of the Parliament of the People’s Republic of China also assured that as Sri Lanka is a close friend of China, he would extend his fullest support to the Sri Lankan economy and is committed to furthering this discussion.

Adding to it, he further stated that a delegation visits between the two countries once the COVID situation has settled would help enhance mutual cooperation.