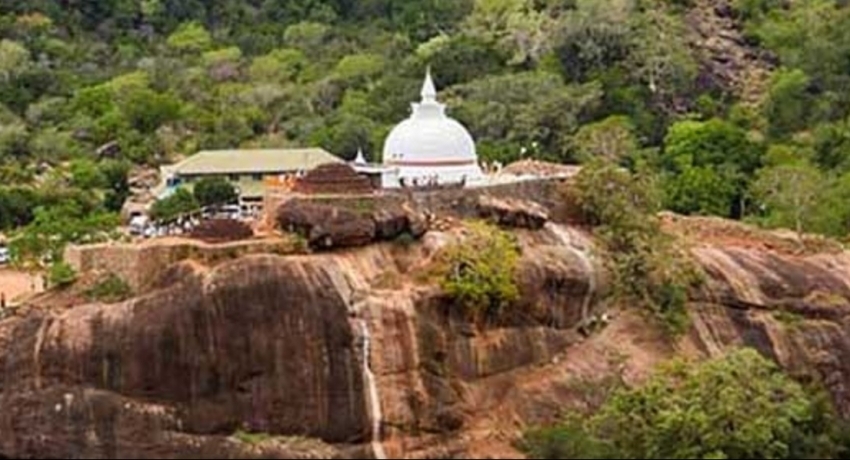 On Wednesday (01) one person was arrested after reports surfaced that a group had defaced an ancient structure in the sacred ground and made off with valuable artifacts.

The Department of Archaeology has already launched an investigation, led by the Assistant Director for Archaeology in the Southern Province.

The Sithulpawwa Rajamaha Viharaya is an ancient Buddhist monastery located inside the Yala National Park, in the Hambantota District, in South-East Sri Lanka. Situated 18 km east of the pilgrimage town Katharagama, it is believed to have been built in the 2nd century B.C by King Kavantissa.

A little over a month ago in July, alarms bells were raised over a possible attempt to intrude into the Yala National Park with the construction of a road way.

Sri Lanka’s Opposition Leader Sajith Premadasa claimed that the government was planning to use 12,000 acres of the Yala National Park for an “unknown purpose”.

“There is reliable information that the government is planning to take away 12,000 acres From the Yala National Park, Block 1 for unknown purposes. Reliable sources have also confirmed that illegal roadways are to be constructed through the National Park up to Akasa Chaitya,” Premadasa tweeted on July 14th.

News 1st has repeatedly highlighted the threats posed to historic sites and protected fauna and flora inside the Yala National Park, with many sections of Civil Society including the WNPS (The Wildlife & Nature Protection Society-Sri Lanka), stressing the need to protect the Yala National Park, considered to be a national heritage in terms of its bio-diversity and historic significance.