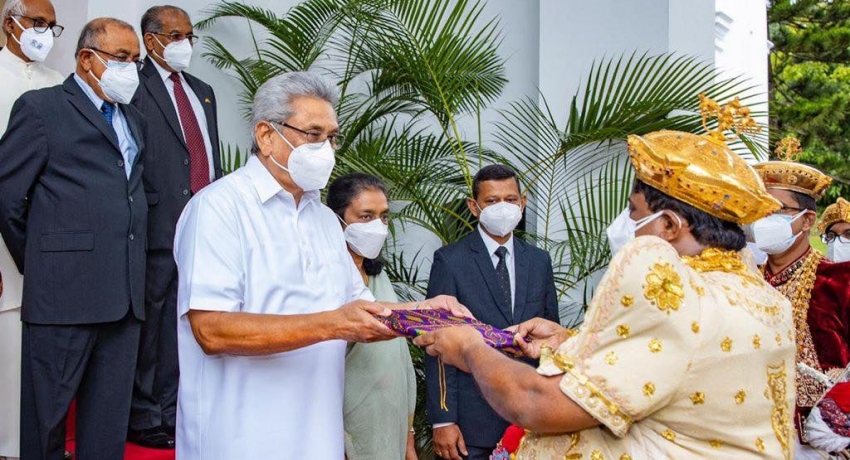 ‘National responsibilities & duties must be fulfilled, despite challenges’ – President

‘National responsibilities & duties must be fulfilled, despite challenges’ – President

COLOMBO (News 1st) President Gotabaya Rajapaksa says that despite the challenges and obstacles the country would have to face, there are a number of national responsibilities and duties that need to be fulfilled.

The President noted that the rulers throughout history had believed that the rituals and offerings conducted on behalf of and devoted to the Sacred Tooth Relic as the foremost duty.

The President made these remarks during the ceremony organised to mark the successful completion of the historical Dalada Perahera at the President’s House, Kandy on Monday (23).

The Esala Perahara Sandheshaya (scroll) to indicate that the Kandy Esala Perahara, which is known to be the most vibrant cultural festival of the country, has been successfully concluded in line with historical traditions was handed over to the President by Diyawadana Nilame Pradeep Nilanga Dela, the Chief Custodian of the Dalada Maligawa.

The President offered fruits to the elephant ‘Bandhaa’ symbolically marking the offer of fruits to all elephants and tuskers that participated in the procession.

While presenting the Sandheshaya (scroll), Diyawadana Nilame Nilanga Dela expressed gratitude to the government and all others for providing assistance to conduct the historical Dalada Perahera successfully even amidst the COVID-19 pandemic.

President Rajapaksa said that ‘We preserved the ancient tradition by holding this year’s Dalada Perahera festival while strictly adhering to the health guidelines in the wake of COVID-19 pandemic in order to carry forward this important tradition to our future generations.’

The President furthermore said that the veneration to the most Sacred Tooth Relic could be considered as a commitment made towards the country and nation. 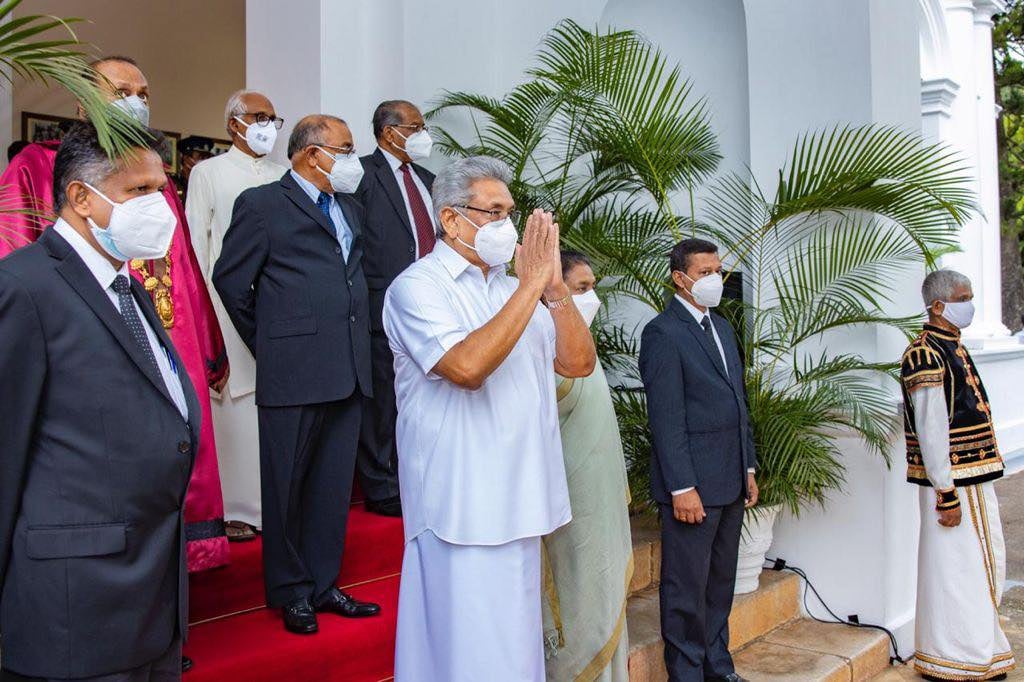 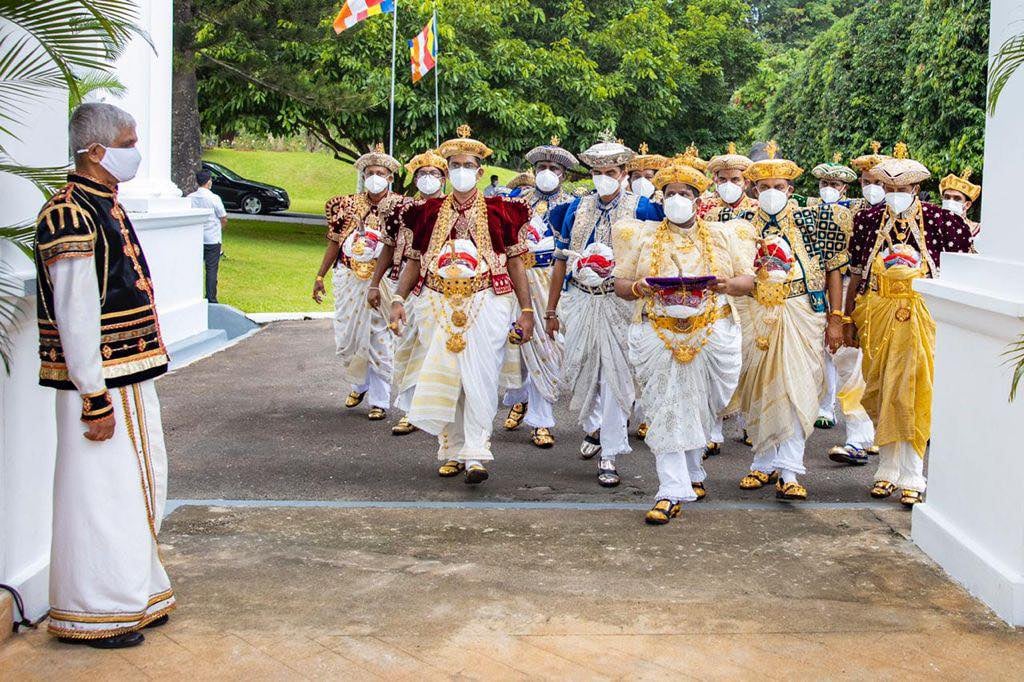 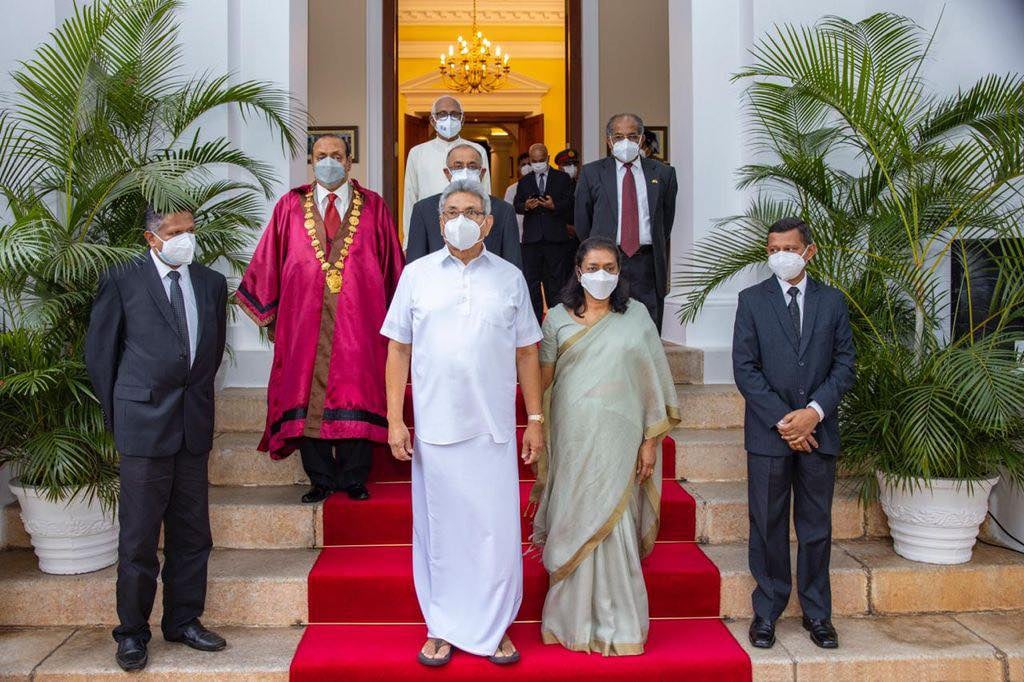 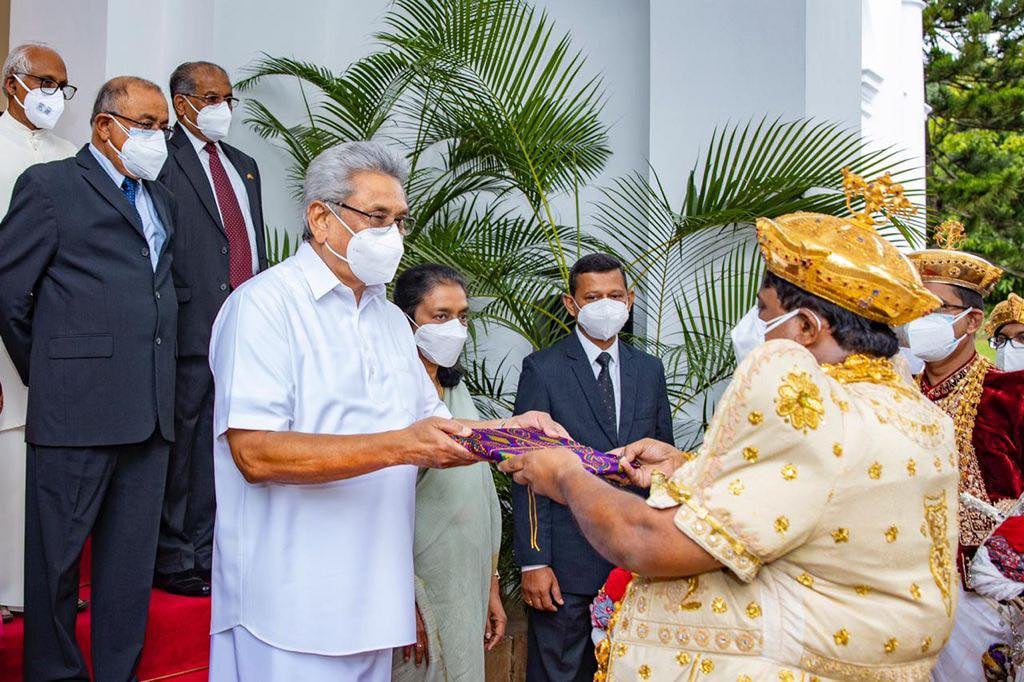