The CID arrested Palitha last night from his home, for allegedly making “false statements” on an imminent fuel shortage in the country.

He was produced before Colombo Additional Magistrate and was represented by as many as 07 Presidents Counsel Lawyers.

The CID told the court that the suspect should not be granted bail and that if he was, he could continue to make statements that would disrupt the lives of the people again.

The Magistrate pointed out to the CID that since the people are assured of Freedom of Speech under Article 14 (1) of the Constitution, expressing opinions based on factual information is not a matter for remand.

The case was then re-scheduled for September 29th.

News 1st produces below, Article (14)1 of the Sri Lankan Constitution for further reference: 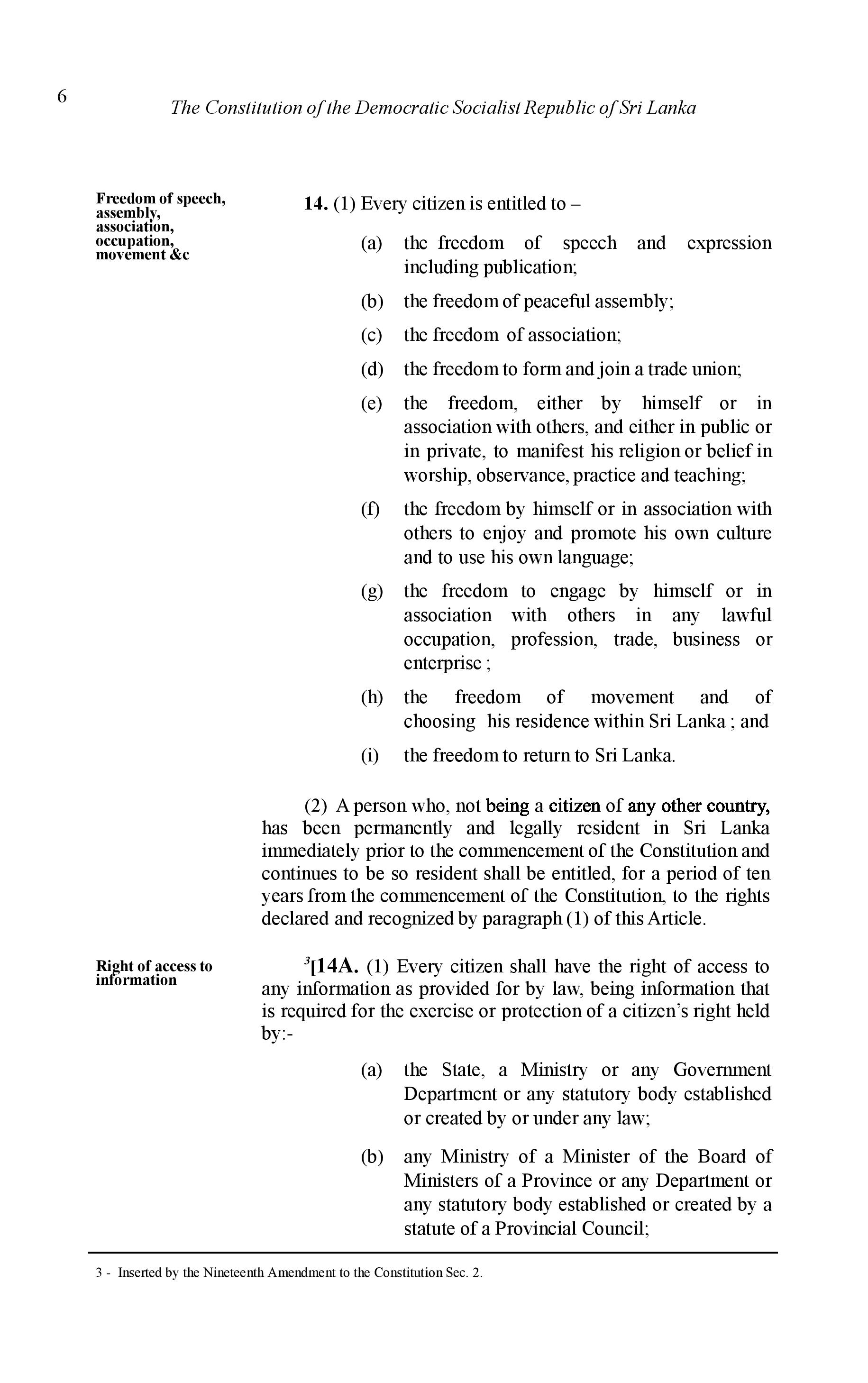