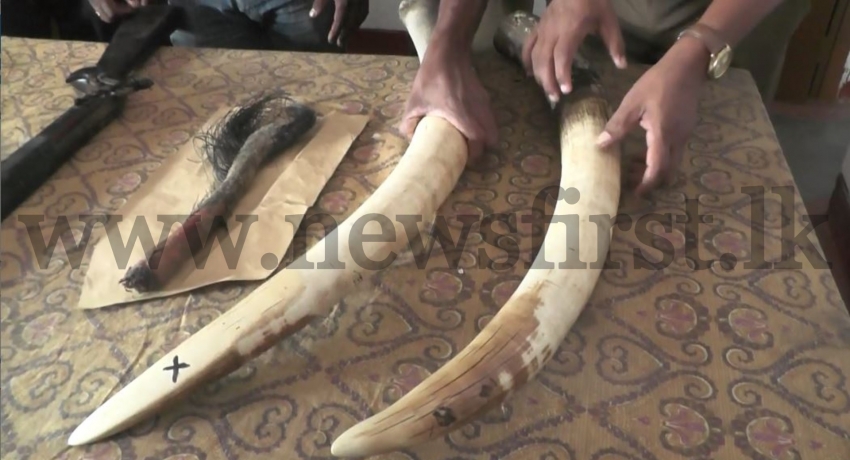 The suspect was arrested in Dambe, Kataragama by officers connected to the Tangalle Division Crime Prevention Bureau.

02 elephant tusks, each 03 feet in length, an elephant’s tail, and a weapon were seized from the possession of the suspect.

Police investigations are underway to locate other suspects connected to the crime. 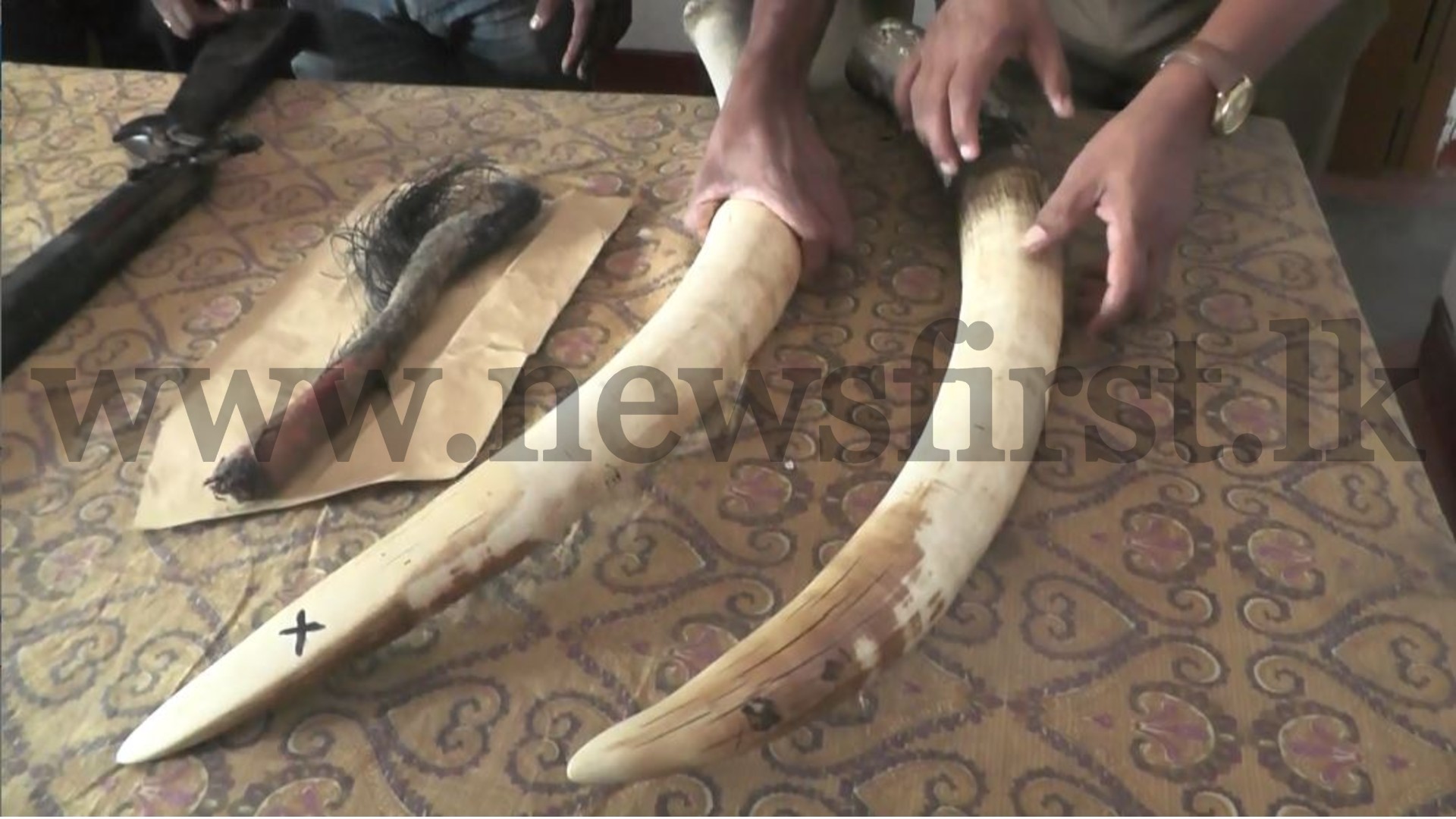 On Monday (16), the Director-General of the Department of Wildlife Chandana Sooriyabandara speaking to News 1st said three separate investigations are taking place with respect to the incident.

Investigations have revealed that the wild elephant was shot dead and then dismembered.

In addition that the elephants growing tusks were also taken away from, the investigations revealed.

According to reports, there are approximately 4,000 to 5,000 wild elephants in the country and 1% of them are tuskers, as authorities claim it has become a challenge to protect the tuskers due to inhumane acts by poachers.