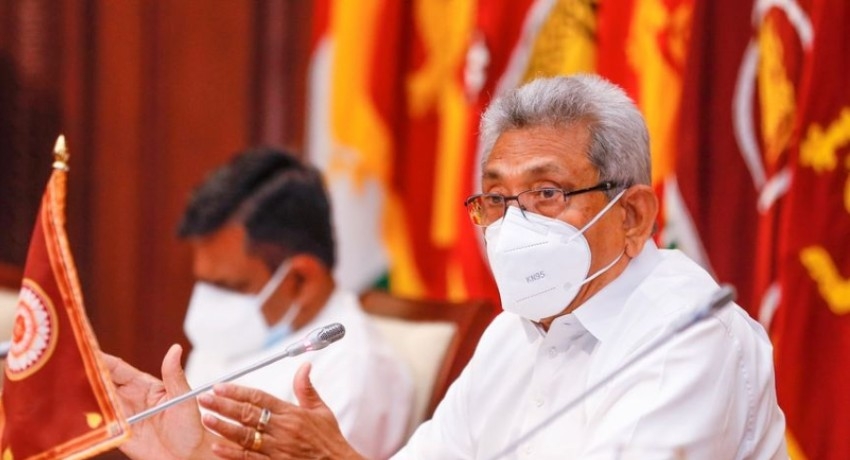 COLOMBO (News 1st); President Gotabaya Rajapaksa on Friday (13) instructed the health officials to pay special attention to the over 60 population in the country as well as on those who suffer from chronic diseases.

According to a statement from the President’s Media Division, a majority of the recent deaths were reported from the Western province and a large number of those deaths are those over the age of 60, who have either not obtained the vaccine against COVID-19 or were suffering from chronic diseases.

At the meeting with the COVID-19 prevention committee on Friday (13) morning, the President has noted that when conducting PCR and Antigent tests, priority needs to be given to those who are over 60 years of age and are suffering from chronic diseases.

The President had stressed the need to isolate patients who had undergone a kidney transplant or dialysis process.

At the meeting, the need to note down the details of patients with chronic diseases who have registered themselves with hospital clinics, and make the local PHI and MOH aware of them, was highlighted.

The President’s Media Division said that the over 60 population who have not obtained a single dose of the vaccine due to various illnesses have been identified.

Army Commander General Shavendra Silva had told the meeting that all those over 60 who have not obtained the vaccine due to illness, will be given the vaccine in the coming days.

Specialist doctors have also highlighted to need to obtain both vaccine doses and act responsibly.