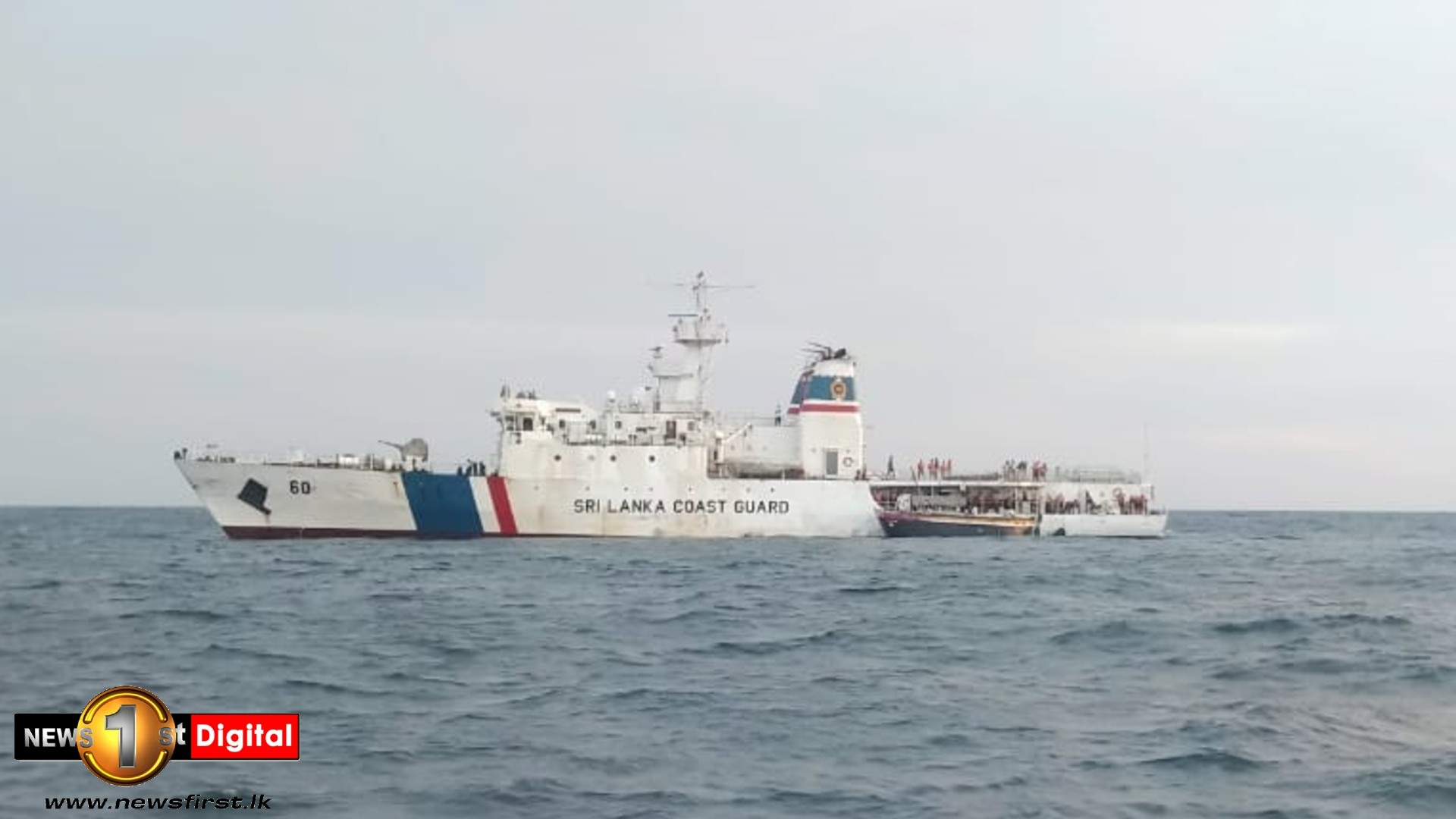 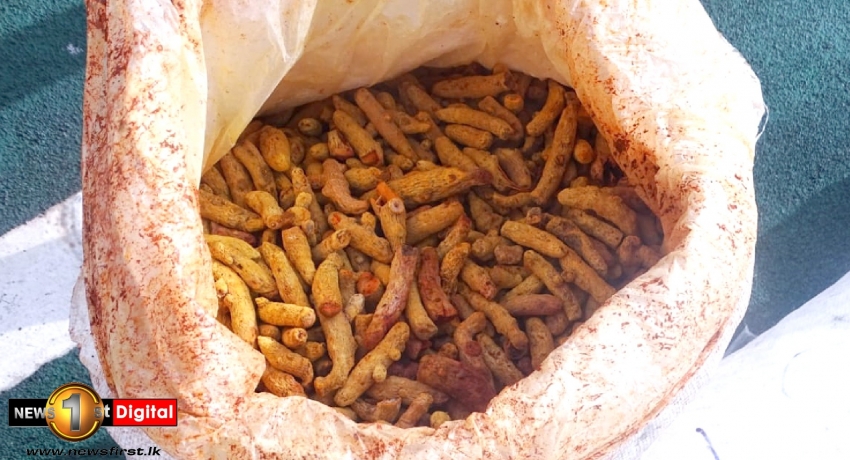 The suspicious Indian dhow was in Sri Lankan waters, via the International Maritime Boundary Line (IMBL), when the seizure was made by the SLCG.

Sri Lanka Coast Guard Ship ‘Suraksha’ patrolling the waters off Chilaw Point had spotted this Indian dhow in Sri Lankan waters, through the IMBL, and searched it on suspicion.

During the search, the Coast Guard managed to recover about 5372kg (wet weight) of dried turmeric in 143 sacks, attempted to be smuggled into the island, and apprehended 05 Indian nationals aboard.

It is suspected that the smugglers might have planned to transfer the stock brought by the Indian dhow to local vessels mid-sea, in order to smuggle them into the island.

The operation was conducted adhering to COVID-19 protocols to prevent the spread of the pandemic.

Meanwhile, the consignment of dried turmeric has been kept in the custody of Sri Lanka Navy after disinfection, until it is produced for onward legal proceedings.

The apprehended 05 Indian nationals along with their dhow were repatriated to home waters taking the prevailing pandemic situation into consideration.

In such backdrop, Sri Lanka Navy and Sri Lanka Coast Guard are conducting continuous patrols in island waters to combat similar nefarious attempts by smugglers, across the IMBL. 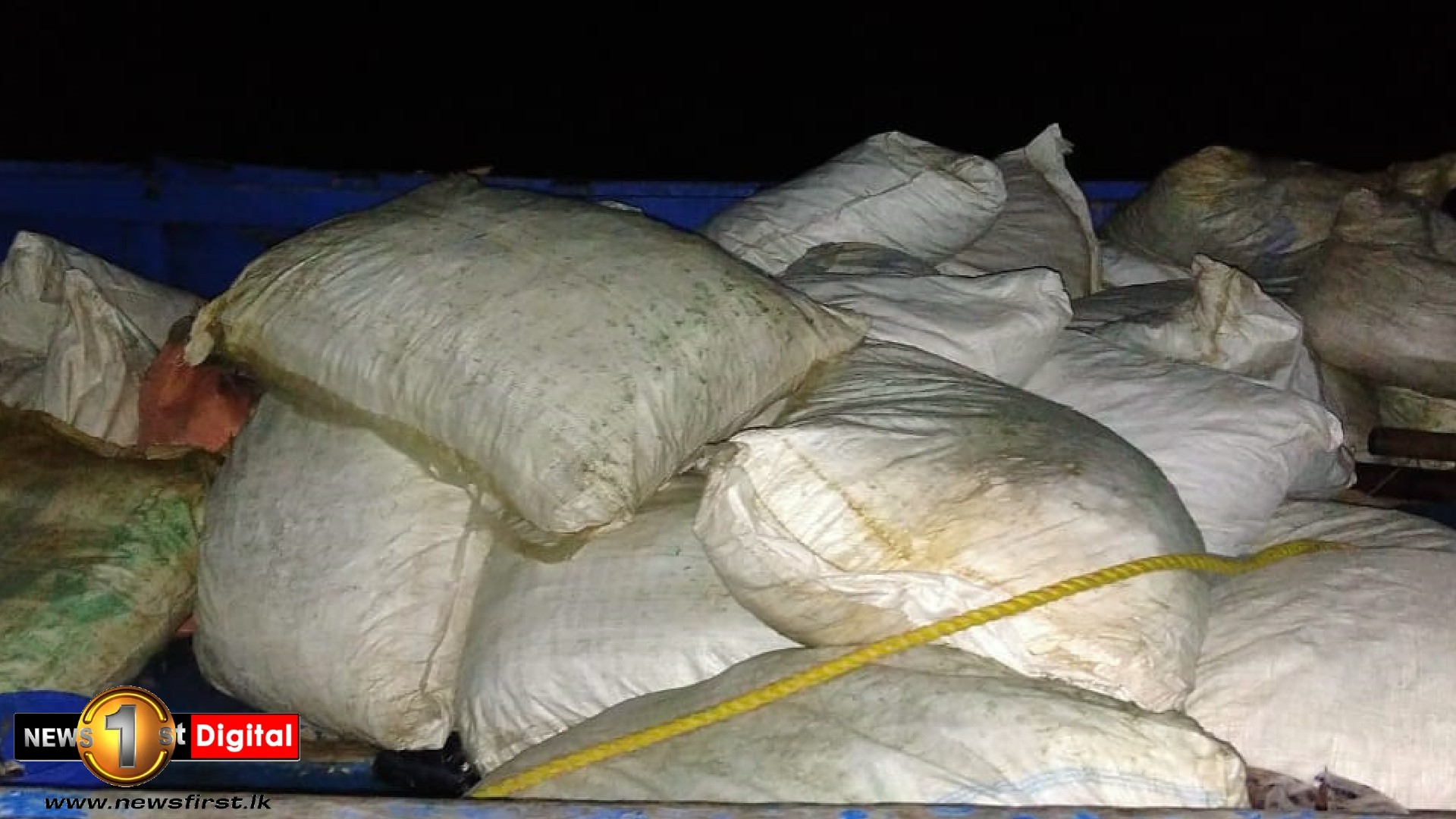 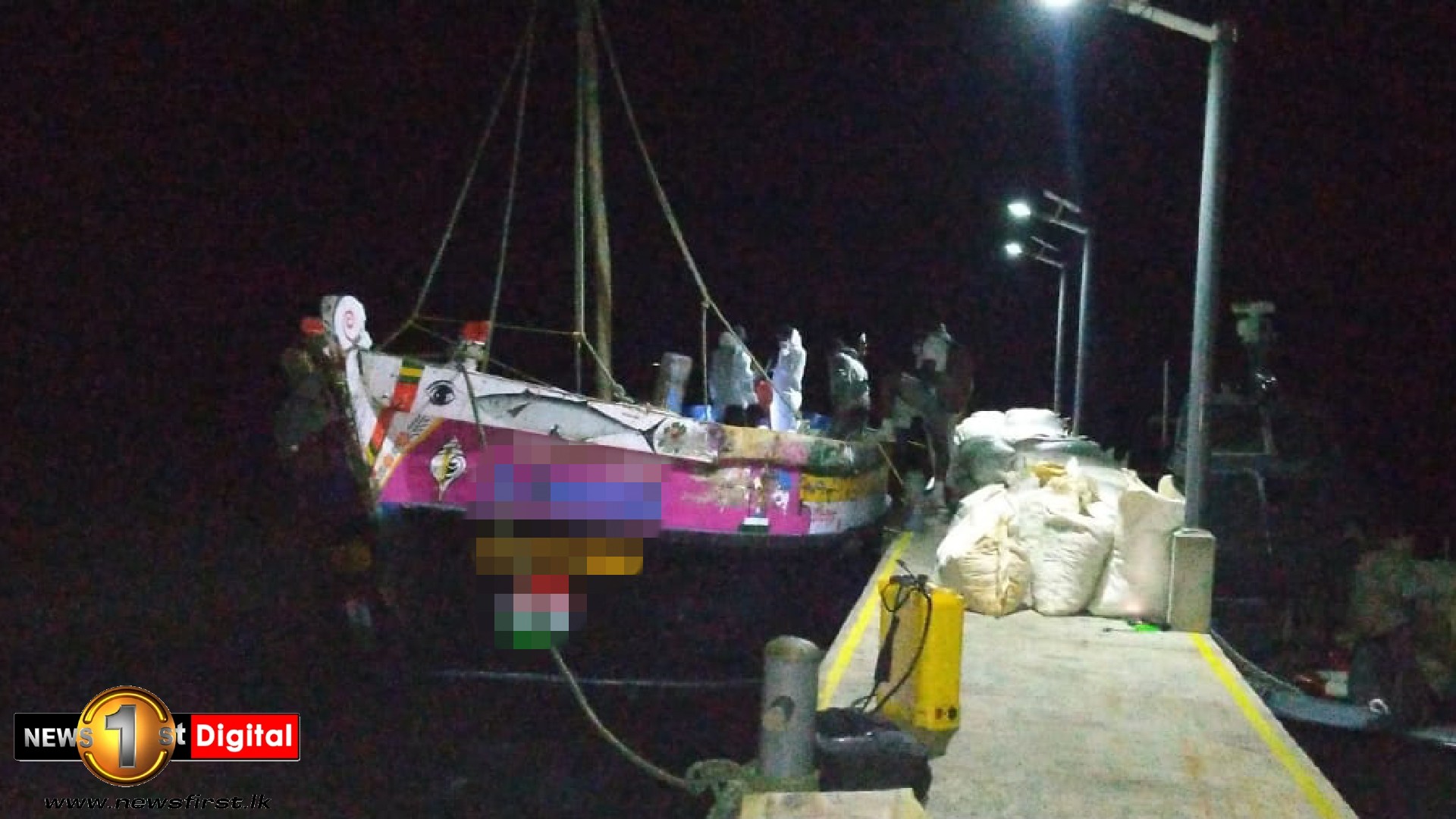 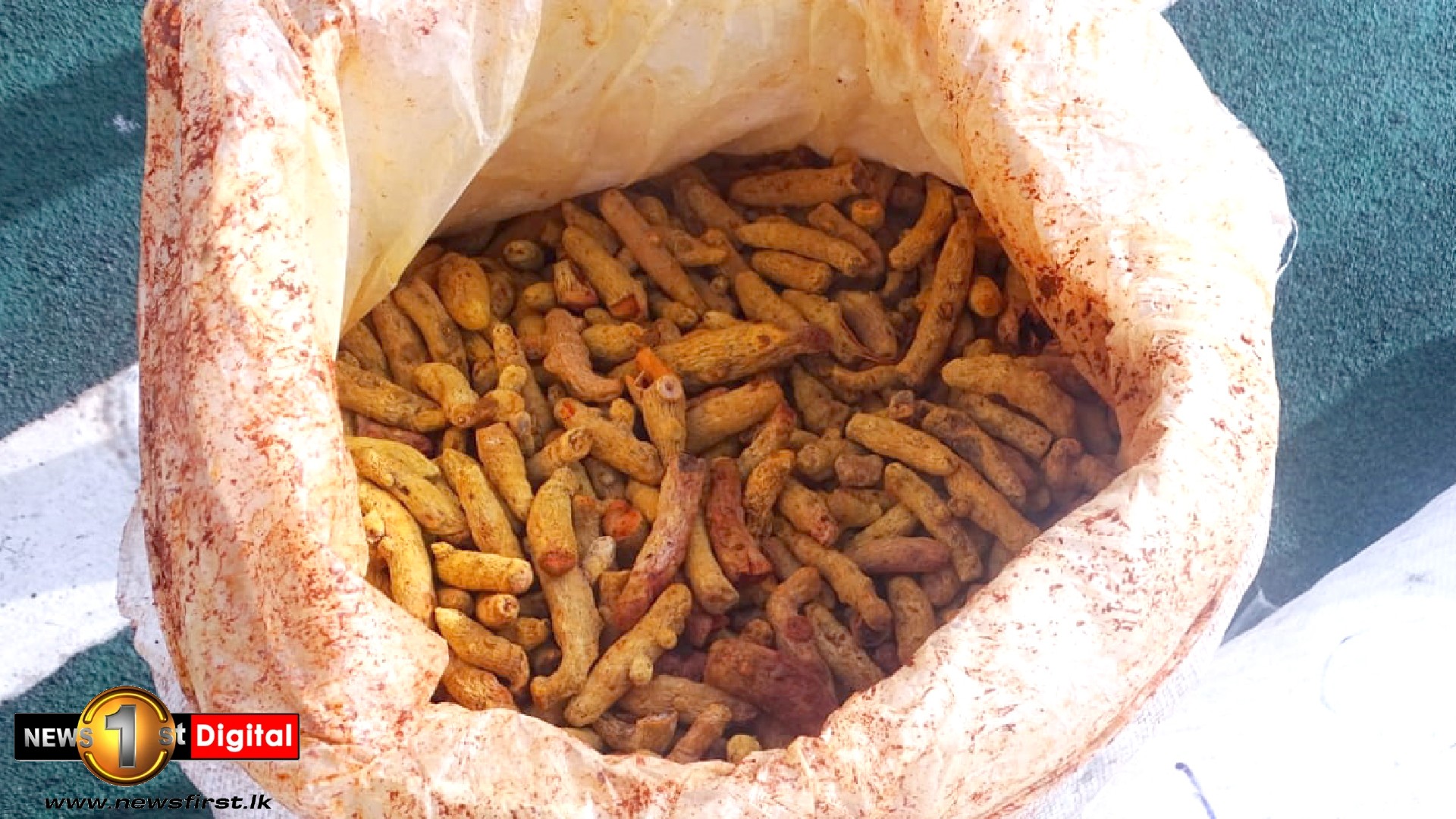 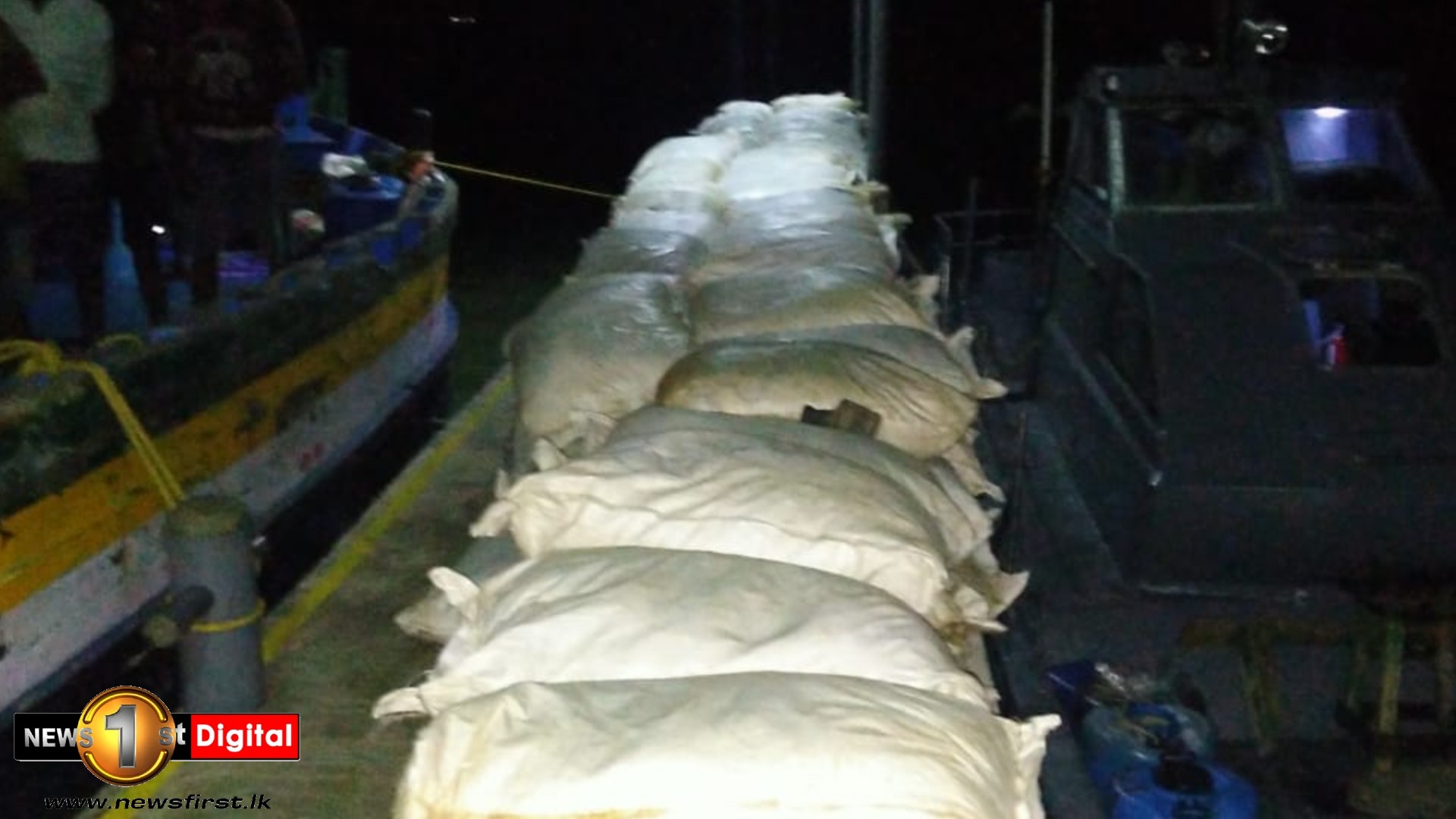