Speaking in Parliament on Tuesday (03) Dr. De Silva said the Imports and Exports Control Department had issued a letter bearing the signature of Finance Minister Basil Rajapaksa to the Chief Executive Officers of all banks noting that a new gazette has been issued lifting the ban chemical fertilizer imports.

MP Dr. Harsha De Silva said according to the letter the gazette permits chemical fertilizer to be imported under a license.

He said imports of Mineral or Chemical Fertilizers that are Nitrogenous, Phosphatic and Potassic which were banned before, can now be imported to the country as per this new document.

Secretary to the Finance Ministry S.R. Attygalle said the government’s decision to suspend the importation of chemical fertilizer will remain unchanged.

He said the Finance Ministry has only granted permission to import Liquid Nitrogen under import control licenses, as it required for the production of Organic Fertilizer.

The Finance Secretary further pointed out that certain Chemical Fertilizer types and Liquid Nitrogen is included among the list of products that come under the H.S. Code or the “Harmonized Commodity Description and Coding System” of Customs.

Thereby, Finance Secretary S.R. Attygalle emphasized that permission will ONLY be granted to import chemicals required to produce organic fertilizer as pet the government’s policy on Organic Fertilizer.

Finance Secretary S.R. Attygalle said tenders have already been called for such imports adding that permission would be granted based on the recommendations pertaining to agriculture and organic fertilizer, issued by the Ministry.

The following images of the said letters and gazette were obtained from the official twitter account of MP Harsha De Silva. 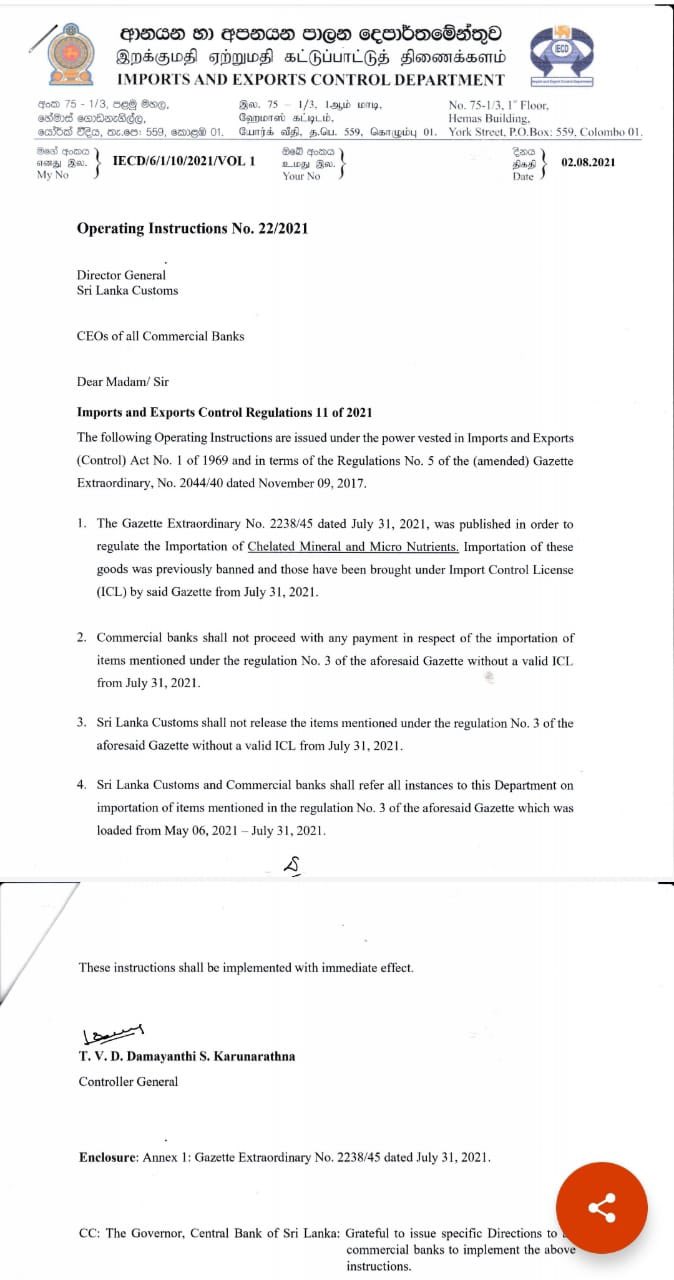 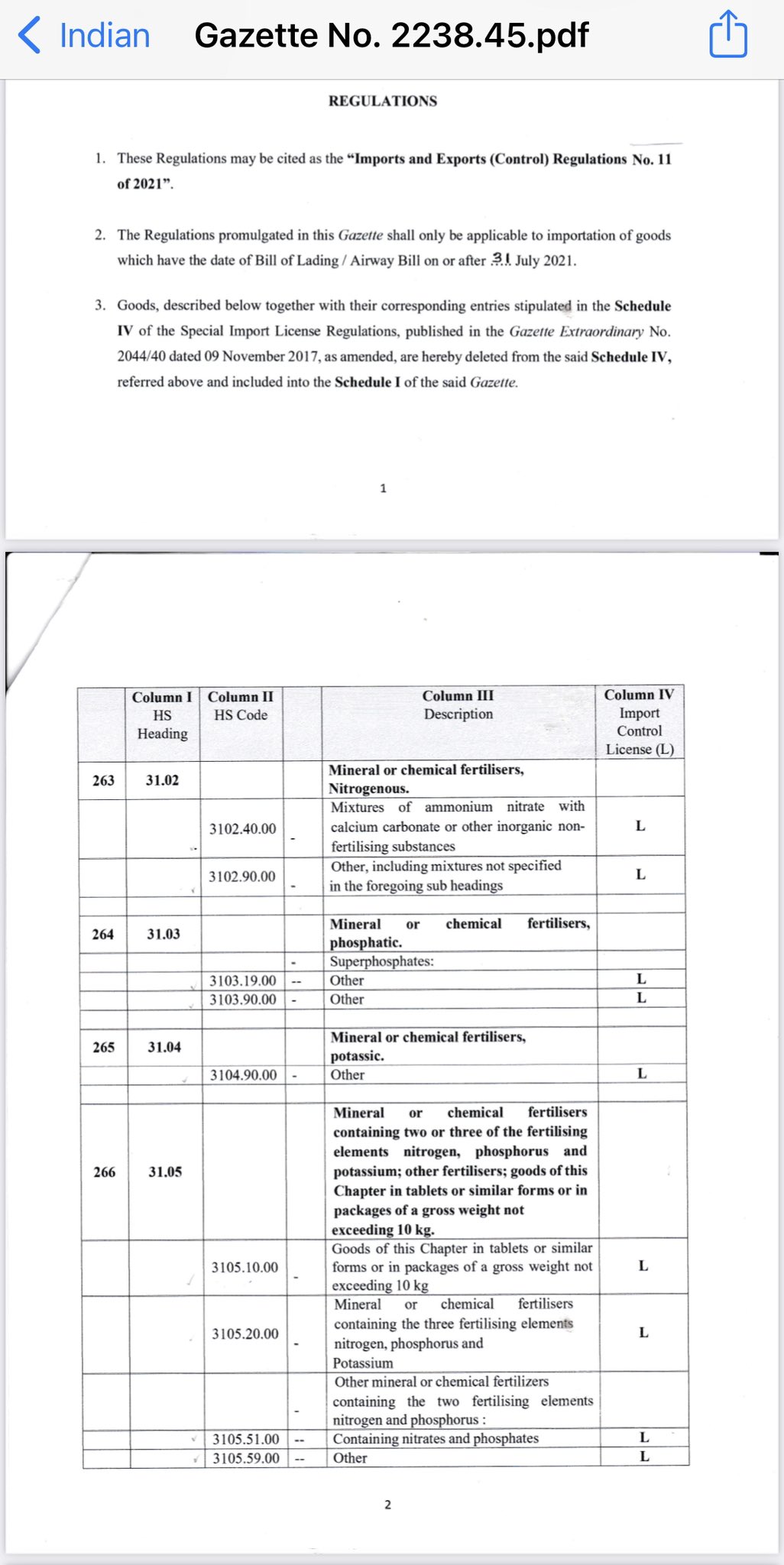