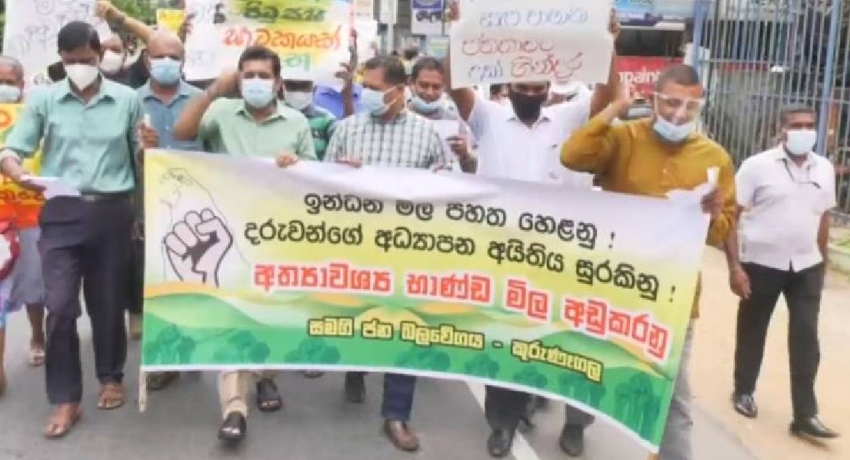 COLOMBO (News1st) A protest organized by the Samagi Jana Balawegaya was staged at the Manpitiya Junction in Kurunegala today.

During the protest, MP Ashok Abeysinghe expressed critical remarks on the proposed legislation to grant amnesties over undisclosed taxes.

“Have they brought forward this bill with the intention of laundering this money? If this bill is passed it will result in a crisis in the banking sector,” Abeysinghe pointed out.

Meanwhile, another protest organized by the Samagi Jana Balawegaya was staged in Polgahawela today demanding a reduction in the cost of living.

“The government that came into power with the promise to provide relief. They said that will provide free fertilizer. But today there is no fertilizer,” Ajith Rohana, the Samagi Jana Balawegaya’s Polgahawela Electoral Organizer said.

“We will form the next government under the leadership of Sajith Premadasa”.