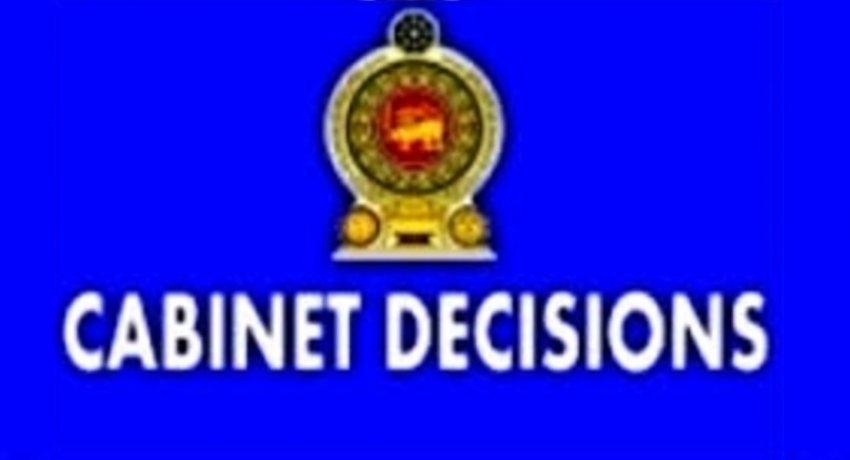 COLOMBO (News 1st); The Cabinet has approved amendments to the Code of Civil Procedure and the Marriage Procedure contained in the Muslim Marriage and Divorce Act.

The proposal for the amendment was made taking into account the views of women’s organizations and Muslim law scholars belonging to the Muslim community.

Article 12 of the Constitution states that no citizen shall be subject to discrimination on the basis of race, religion, language, caste, sex, place of birth, political opinion, or any other reason.

However, Muslim Women’s Organizations and Law Scholars have pointed out the MMDA has included specific provisions that discriminate against women and called for the need to repeal such provisions from the law. 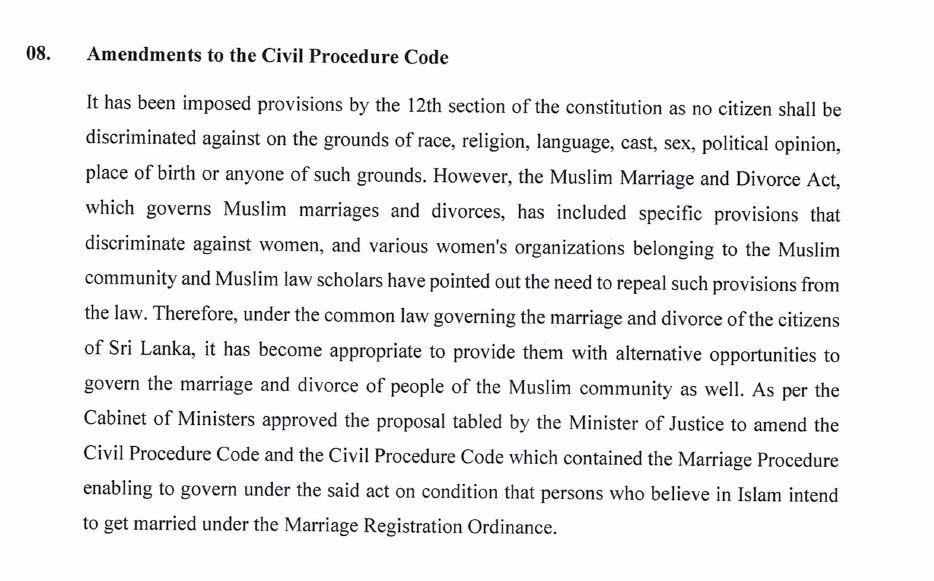