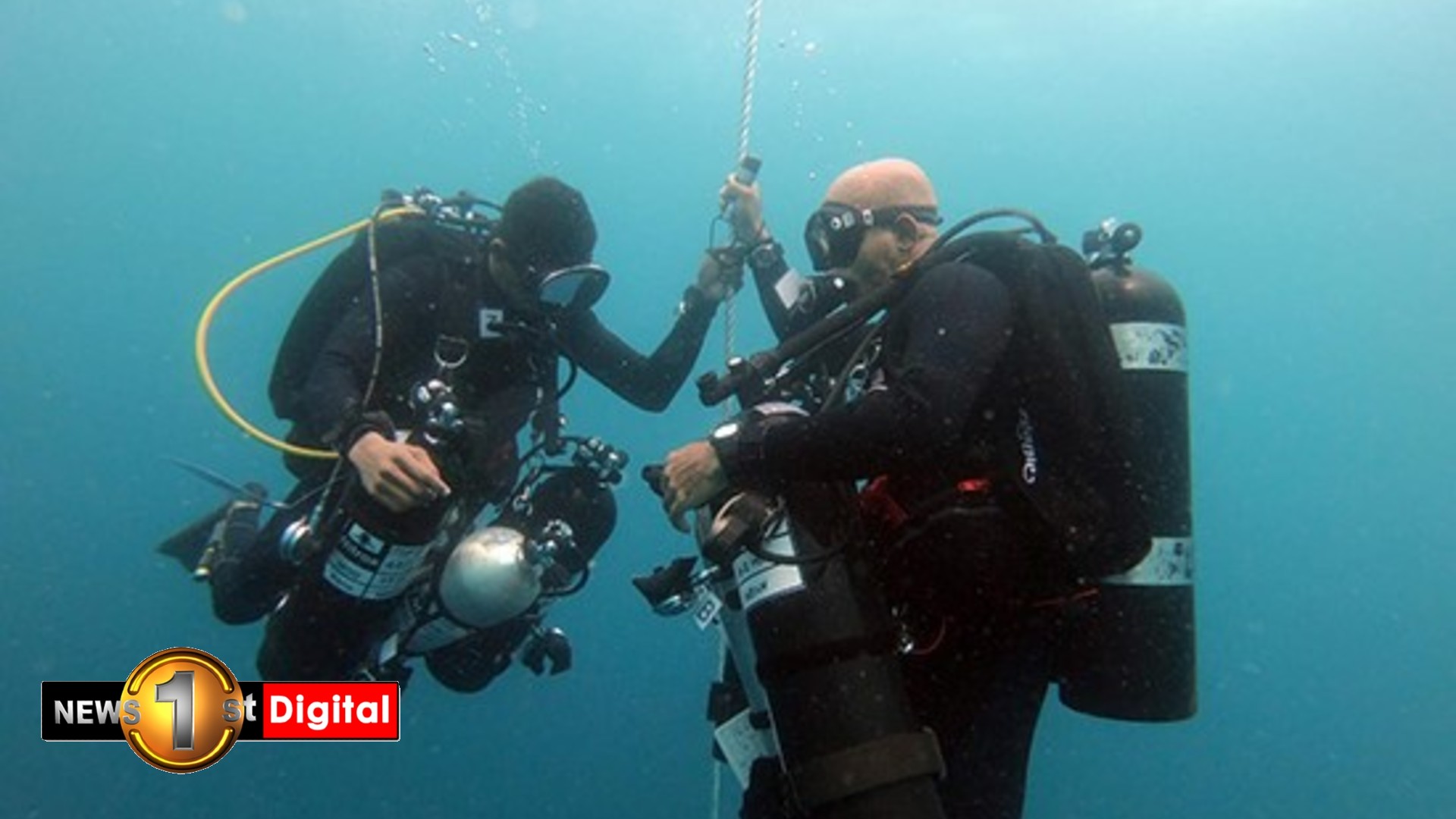 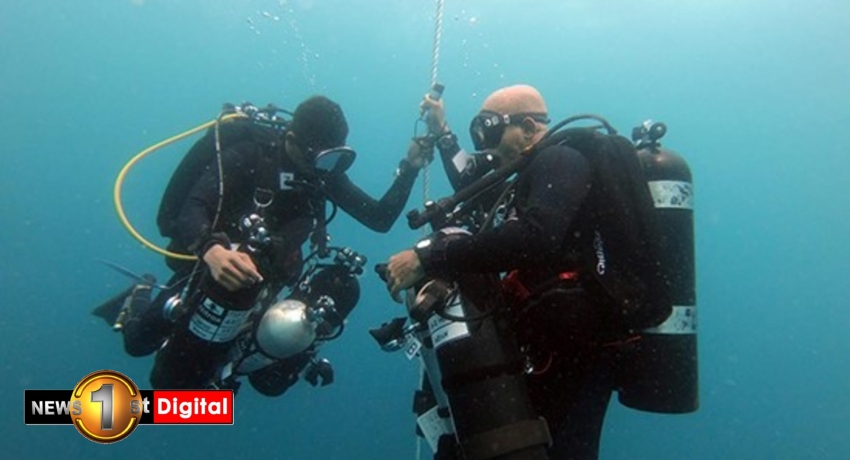 COLOMBO (News 1st) A diving officer of the Sri Lanka Navy together with his buddy diver set a new deep sea diving record on 17th July 2021.

Incidentally, Commander Nishantha Balasooriya – the Command Diving Officer at Naval Dockyard Trincomalee, along with his buddy – Able Diver WWNP Sandaruwan set a new record plunging an astonishing depth of 100 meters off the Elephant Island, Trincomalee, while bringing a lot of credit to the Navy.

To accomplish this milestone in the annals of Sri Lanka Navy, both the divers stayed well-prepared with a number of practice dives – a 73 meter (242 feet) dive on 15th March and subsequently another 75 meter (246 feet) dive on 13th July, prior to their record-breaking achievement.

As such, both of them were in good physical and mental shape before the arduous task to dive as down as 100m.

When the day finally arrived, Commander Nishantha Balasooriya and Able Diver WWNP Sandaruwan were up to the task with some of the most essential pieces of dive equipment which included tri-mix air (Helium, Oxygen and Nitrogen mixture) along with manual depth gauging recorded in decompression charts.

Both the divers were accompanied by a support party up to a depth of 40 meters and ultimately their successful achievement wrote a new chapter in Sri Lanka Navy diving.

However when 100% oxygen is used, the diving depth is limited only to 18m.

When compressed nitrogen and oxygen being used, the depth limit may be extended up to 55m (180 feet) but generally accompanied by sicknesses of nitrogen narcosis and oxygen toxicity.

As such, since 1964, SLN divers had to carry out their missions with these limitations.

To cross this barrier and plunge further down these two divers experimented the tri-mix air method and also tried out four gas mixtures at different phases of the dive, at different depths.

The most significant aspect of this chain of events is that both divers did it at their own will, which lets everybody know about their passion and devotion and serves as an example to all young officers and sailors in the naval family.

This herculean task by Commander Nishantha Balasooriya and Able Diver WWNP Sandaruwan earned much credit to Navy Divers in general and in particular the Sri Lanka Navy that produces similar prospects time and again.

The two won laurels for proving that determination is an essential part of success. Meanwhile, the Navy hopes that the duo would raise the bar again and would bring international recognition to the Navy in deep sea diving in due course. 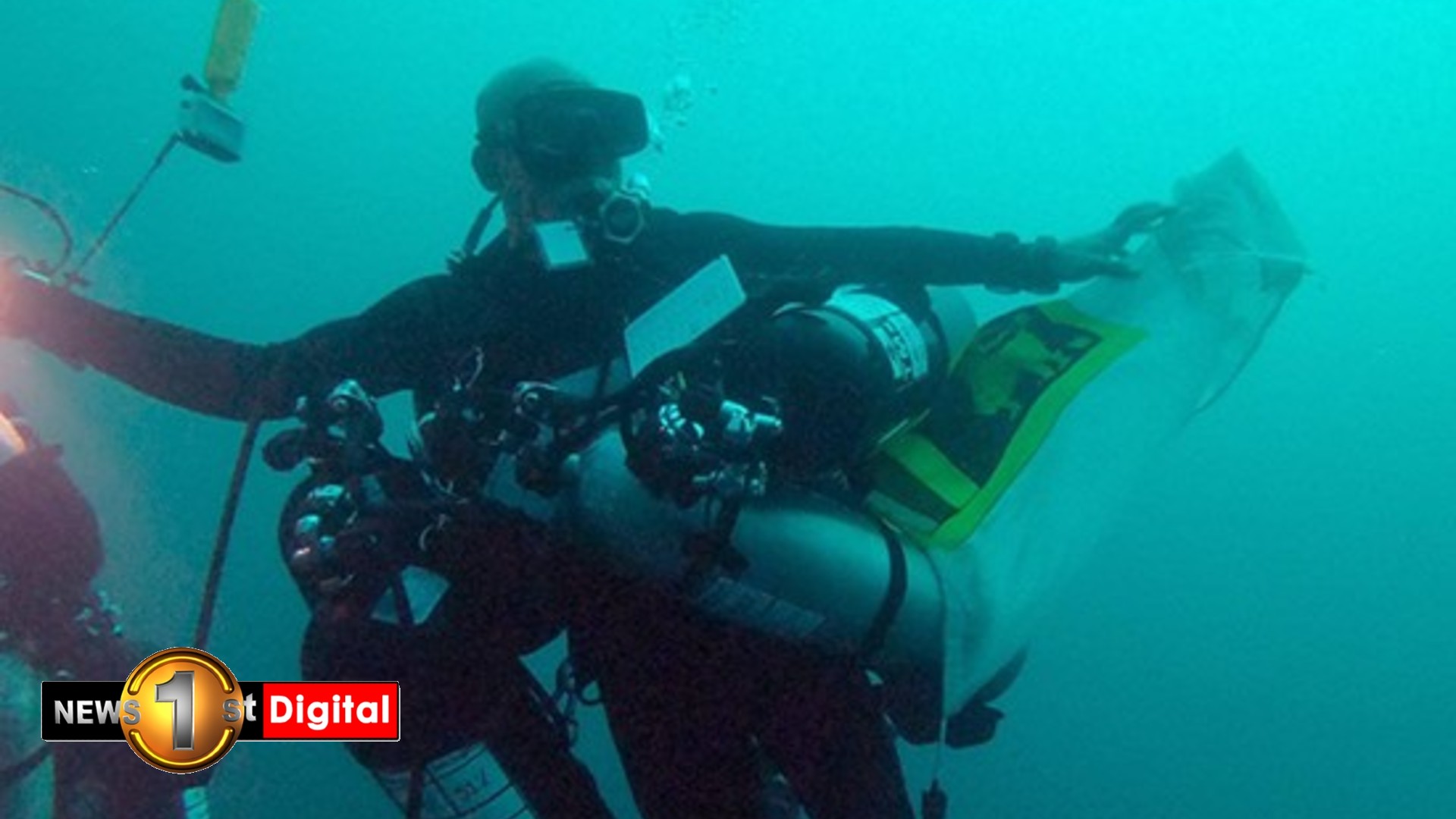 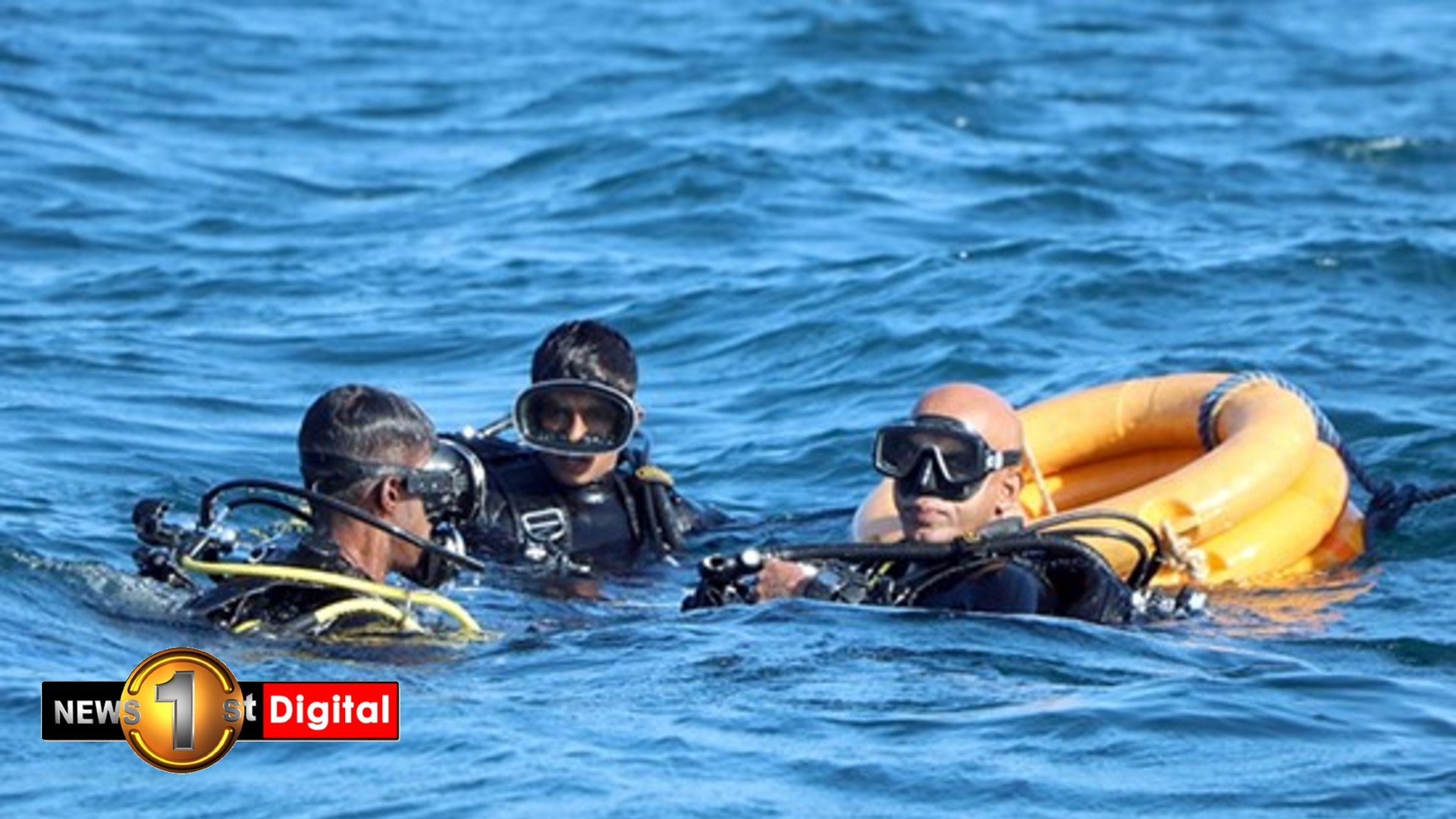 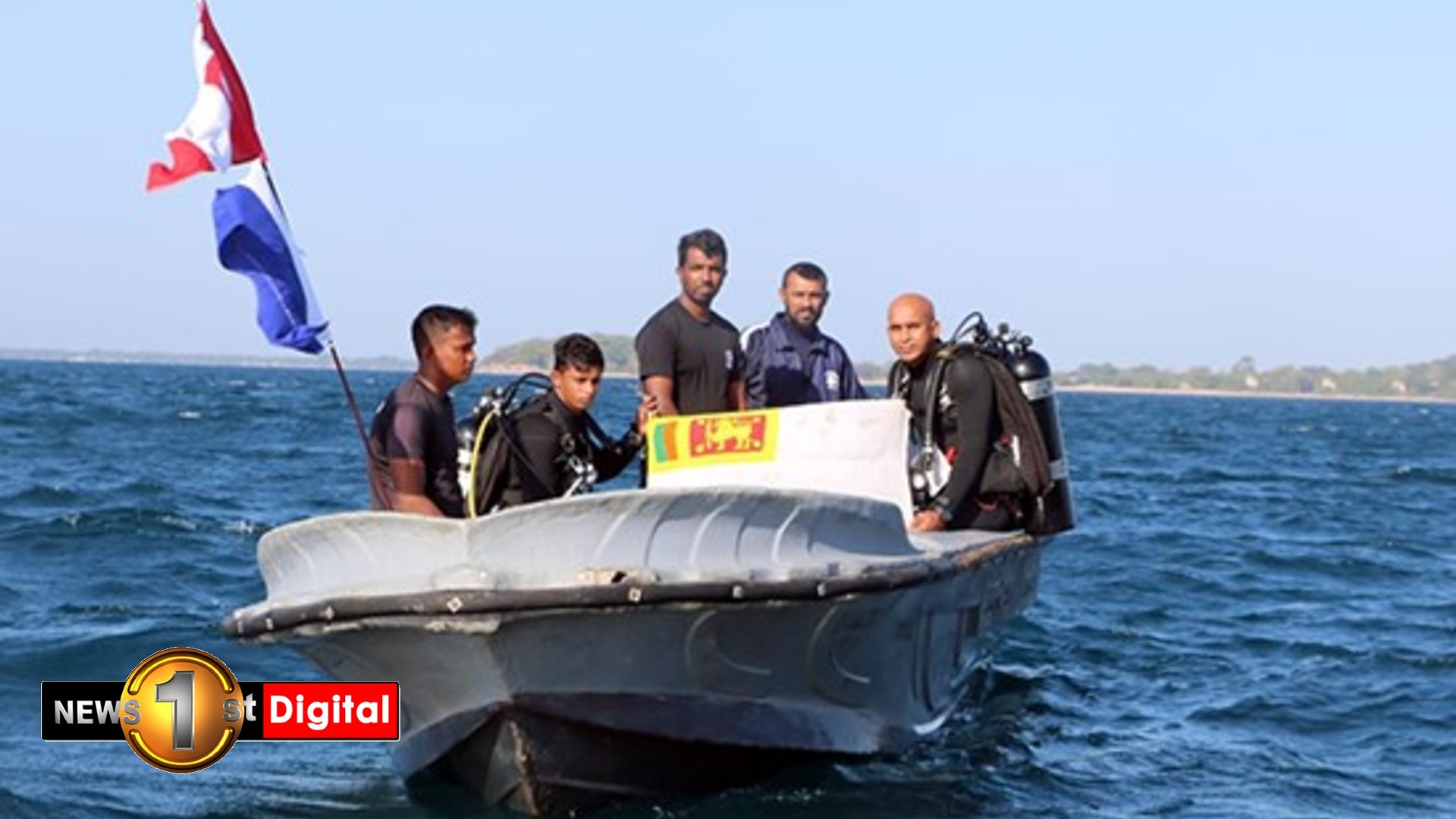