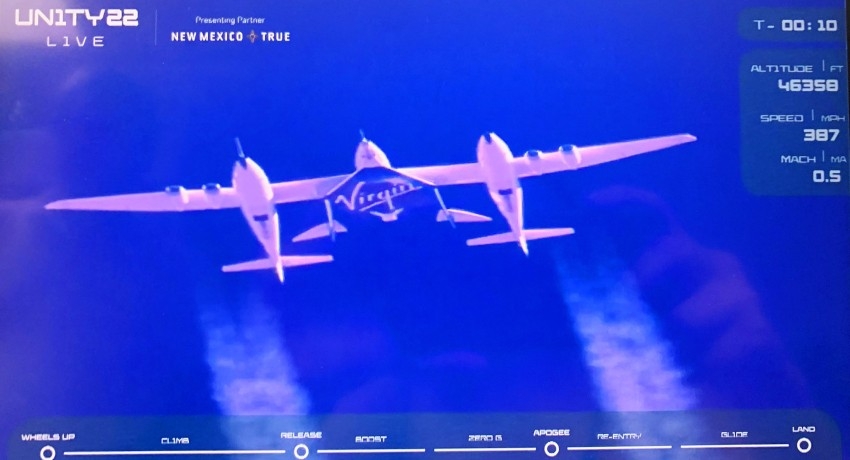 Billionaire Sir Richard Branson flew to the lower edge of space and back to planet Earth on Sunday (11) in the first fully crewed flight from his private space tourism firm Virgin Galactic. 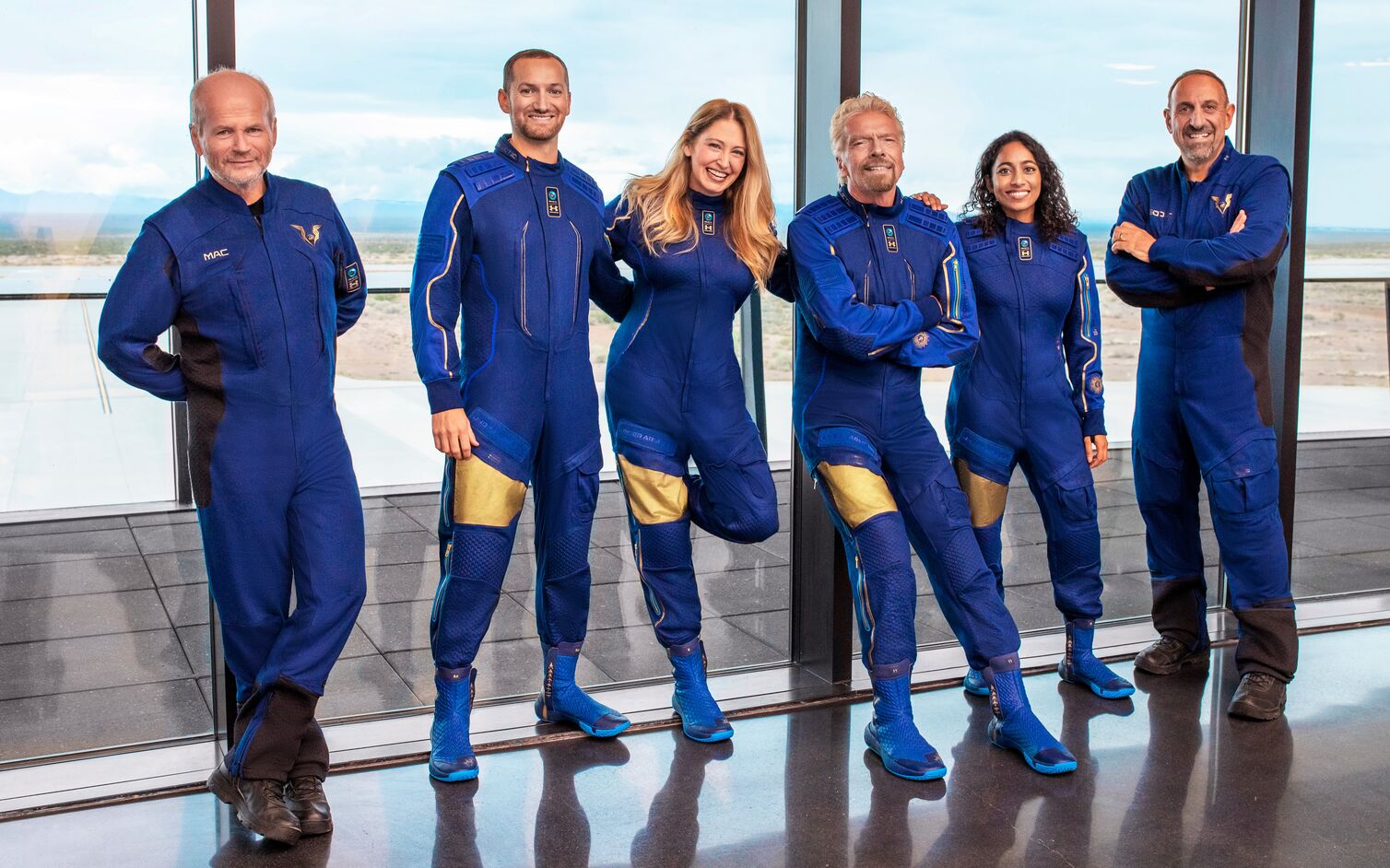 He said he was honored to “test the customer experience” and declared, “Welcome to the dawn of a new space age.”

“It’s just magical. I’m just taking it all in. It’s just unreal,” said Branson, who popped a bottle of champagne after he and his crew were presented their Virgin Galactic astronaut wings.

The so-called Unity 22 mission lifted off from the New Mexico desert about 10:38 a.m. ET attached to its “mothership” aircraft VMS Eve and just after 11 a.m. reached an altitude of 46,000 feet, which is higher than commercial airlines fly.

Branson, 70, served as a mission specialist on the flight, the fourth crewed spaceflight for Virgin Galactic’s VSS Unity spacecraft. Unity was launched from the Eve mothership at an altitude of 50,000 feet and live stream video showed it shooting into space. Within 30 seconds the spacecraft reached Mach 2 speed and a few seconds later hit Mach 3 at an altitude of weightlessness.

Onboard video showed Branson and the three other astronauts smiling as they looked out the windows of the spacecraft. They briefly unbuckled their seatbelts to float around the cabin and take in view of the curvature of Earth.

At around 11:40 a.m. ET the spacecraft touched back down on Earth, making a smooth landing back in New Mexico to loud applause and cheers at mission control.

The launch occurred New Mexico’s Spaceport America, and live coverage commenced at 10:30 AM ET (7:30 AM PT; 8:30 AM MT) on Sunday on Virgin Galactic’s website and social media pages.

At 10:38 AM ET, Virgin Galactic started down the runway.

On Sunday morning, Branson tweeted that he was “feeling good, feeling excited” and ready for this morning’s launch, along with a picture of himself with SpaceX founder Elon Musk.

The billionaire rode his bike Sunday morning to the launch area, Spaceport America in New Mexico.

Pilots Dave Mackay and Michael Masucci flew the spaceship, with C.J. Sturckow and Kelly Latimer flying the aircraft from which the spaceship will dispatch.

Branson’s role is to evaluate the private astronaut experience to prepare for future customers, which Virgin Galactic expects to do beginning in 2022.

Virgin Galactic has taken heat from critics, including the Twitter account of competitor Blue Origin, for stretching the definition of “space” as its flights do not go above the Karman line (62 miles above Earth) that is defined by many — but not all — as the boundary between Earth’s atmosphere and space.

“I truly believe that space belongs to all of us,” Branson said in a statement earlier this month announcing his spaceflight. “After 17 years of research, engineering and innovation, the new commercial space industry is poised to open the universe to humankind and change the world for good.”

Branson’s spaceflight comes just nine days ahead of when Amazon founder Jeff Bezos said he will launch into space via his own firm, Blue Origin.

Elon Musk sent his Tesla Roadster into space -because why not? (Photo & Video)