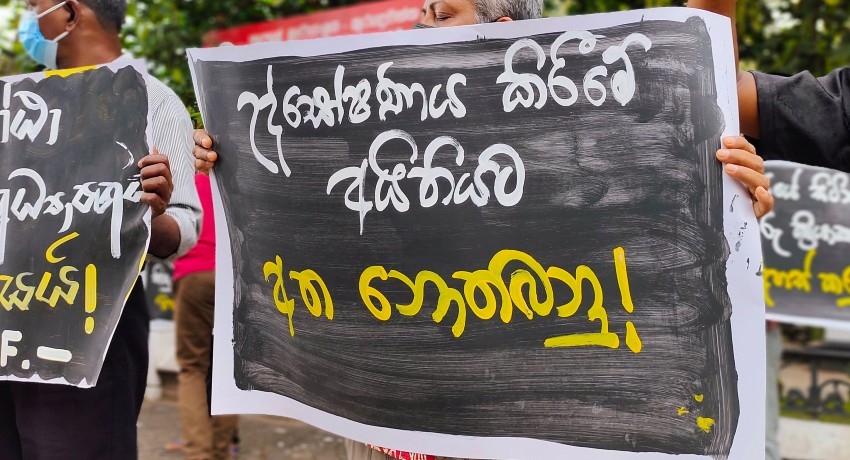 COLOMBO (News 1st); A protest jointly organized by student and teacher unions as well as trade unions took place at the Lipton Circus in Colombo on Monday (12).

The protest was against the use of the quarantine law to detain people and the Kotelawala Defence Academy Act.

According to report, a heavy police presence was witnessed at Lipton Circus as well.

‘We will defeat the policies of selling education in this country,’ said Udara Sandaruwan from the Inter-University Students Federation during the protest.

The Ceylon Teachers’ Service Union demanded that the 31 detained activists be released by the government and warned of more protests in Colombo if this demand is not met.