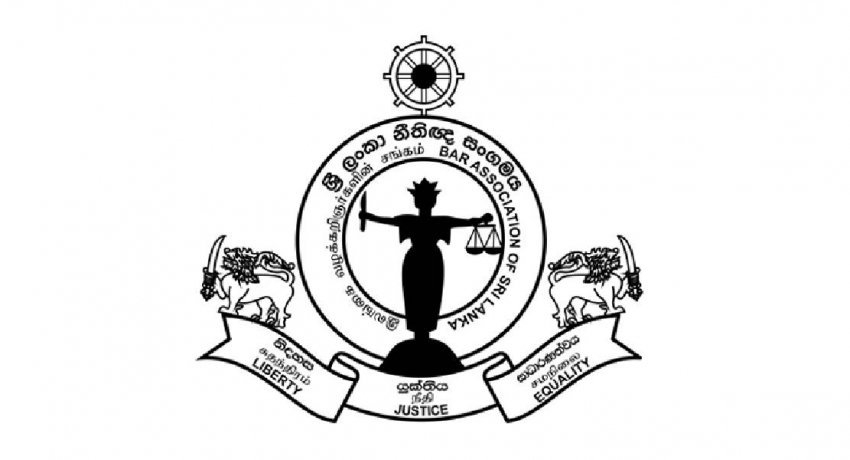 COLOMBO (News 1st); The Bar Association of Sri Lanka (BASL) expressed its grave concern at the arrests and detention of protestors by the Sri Lanka Police ostensibly for violating Health Regulations relating to COVID-19.

During the past few days the Sri Lanka Police has carried out a number of arrests of persons engaged in peaceful protests on different issues and produced them before courts of law, it added.

The BASL is firmly of the view that any organized protests should be carried out in a manner that it does not pose a risk to public health and that persons who intend to participate in protests or marches or similar exercises must ensure that they conform to health guidelines in their own interest and in the interests of the general public.

In certain instances, after such protesters are released on bail by the Magistrates before whom they were produced, they have been taken away against their will to quarantine centres by Police officers, sometimes without even informing them or their families of where they were being taken.

The BASL has taken note of several instances and is deeply concerned as to how individuals after having been granted bail have been forcibly seized from the precincts of the courthouses and sent to quarantine against their will.

BASL sais that quarantine is a health precaution and should not be used as a punishment or mode of detention adding that the aforesaid acts of forced detention in quarantine centres are arbitrary and unlawful are an affront to the judiciary who have released the said persons on bail.

Such arrests and forcible detentions have a negative effect on and undermine the genuine efforts being taken by the health authorities, the security forces and the police to combat COVID-19. 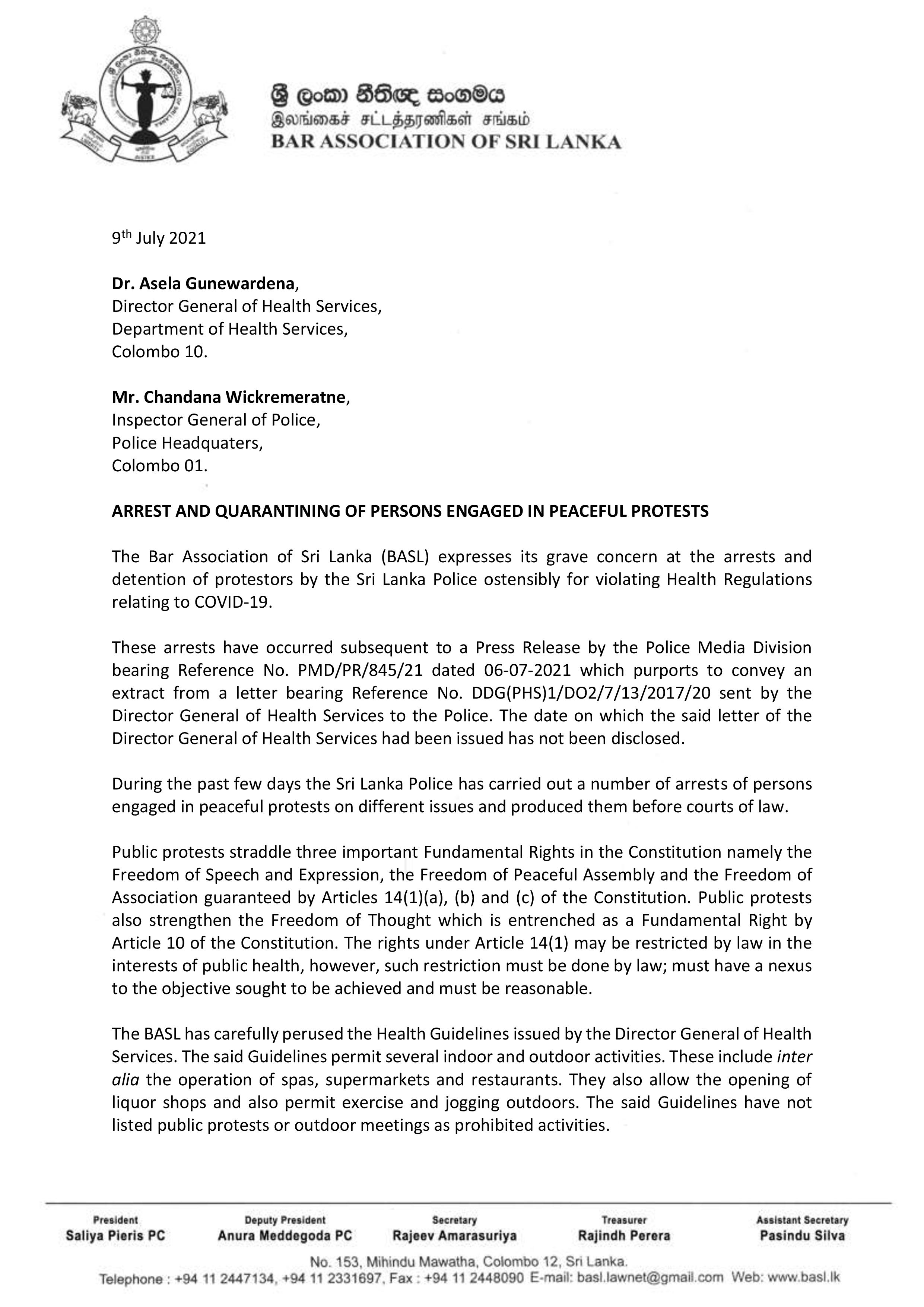 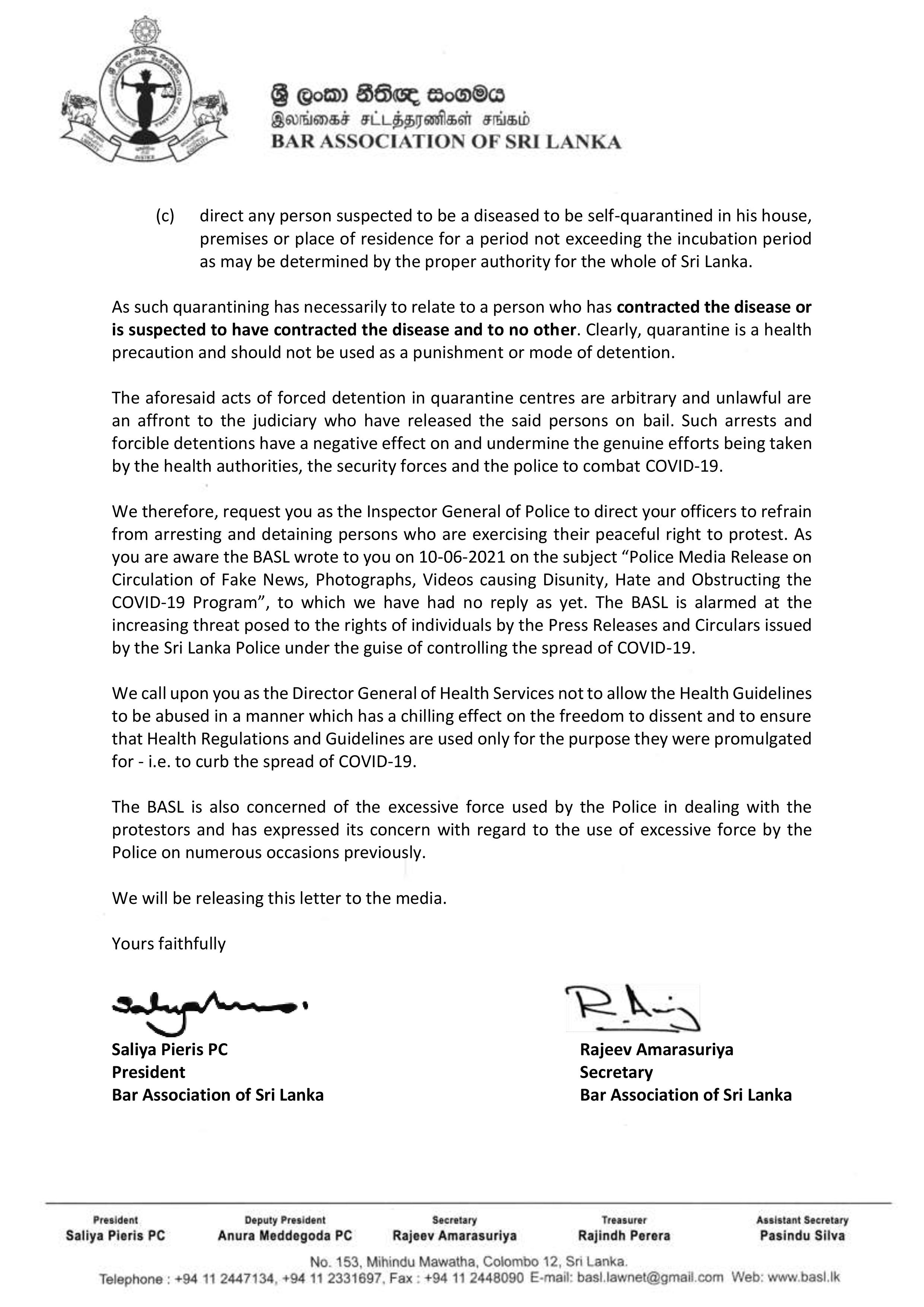