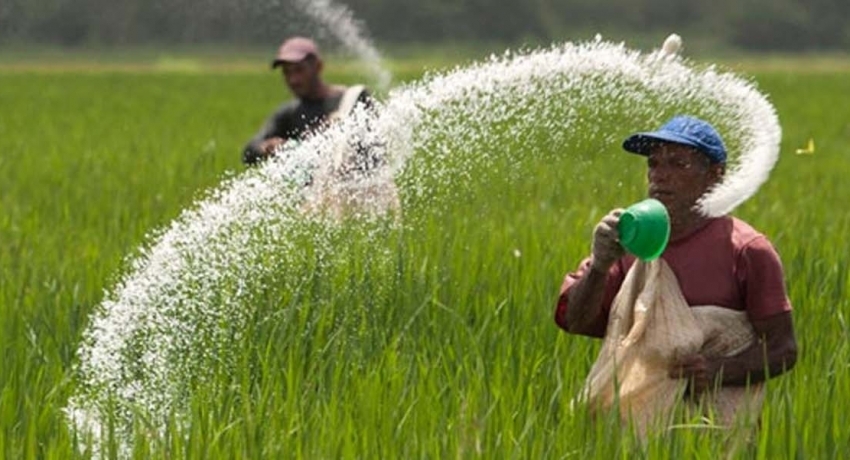 NO truth to reports on reversing ban on fertilizer imports – Govt. Information Dept.

NO truth to reports on reversing ban on fertilizer imports – Govt. Information Dept.

COLOMBO (News 1st); The ban on imports of chemical fertilizer and pesticides will not be reversed, announced the Government Information Department on Saturday (10)/

‘There is no truth in the news circulated across certain websites and social media networks that the new Minister of Finance, Basil Rajapaksha has reversed the decision taken by President Gotabaya Rajapaksa to ban the import of chemical fertilizer and pesticide with the objective of building a green socio – economy in Sri Lanka,’ it said in a statement.

‘Whatever the circumstances may be the Government does not contemplate reverting the decision to convert to organic agriculture sans chemical fertilizer and Pesticides,’ said the Government Information Department.

It went on to note that the Government decided to ban the import of chemical fertilizer and pesticide as
an initial measure to keep the promise given by the President to the people before the Presidential Election in his policy document – ‘Vistas of Prosperity and Splendour’ for a green socio – economic system.

The new Minister of Finance, after assuming office discussed with the Ministers and Members of the Parliament about the present and future actions of the government, said the Government Information Department adding that there were many arguments and counter – arguments and opinions expressed at the meeting.

Subsequently five ministerial sub committees were appointed to devise right action reviewing all ideas and opinions. ‘At this meeting no one opposed the policy of building a green economy,’ said the statement.