COLOMBO (News 1st); The Samagi Jana Balavegaya stated a protest at independence square in Colombo on Friday (09) against the government’s conduct against protests and the rising cost of living.

A large number of police officers were dispatched to Independence Square after police apprised protestors on the quarantine regulations.

“The constitution reigns supreme over all of us and today, the police have been given the task of enforcing quarantine laws. The tri-forces and the police can support such activities. But remember that the general public is raising its voice due to their grievances,” said Opposition Leader Sajith Premadasa at the protest.

Opposition Lawmaker Field Marshal Sarath Fonseka slammed the government for its weak policies and said it does not have a plan or vision to uplift the country. 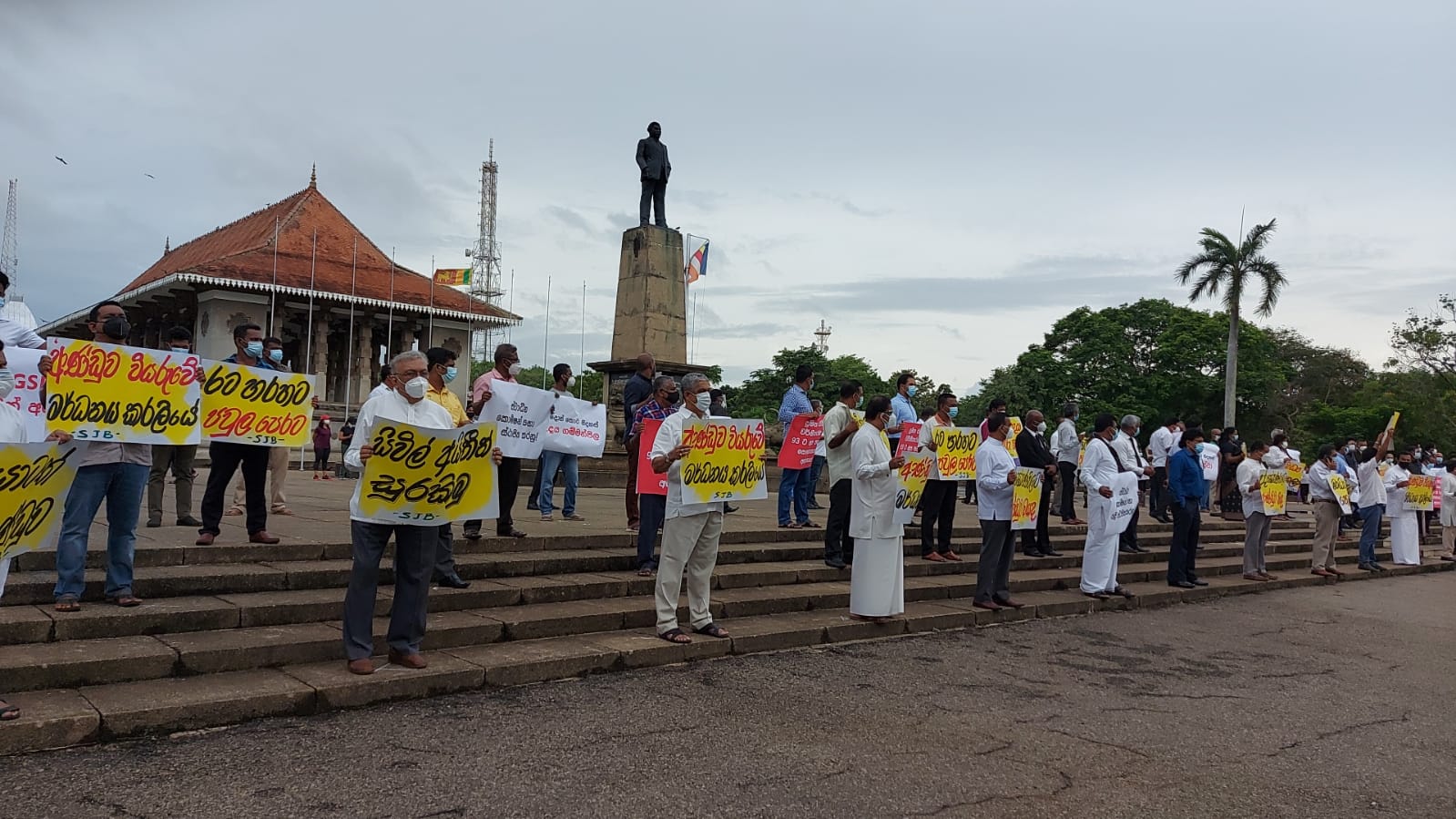 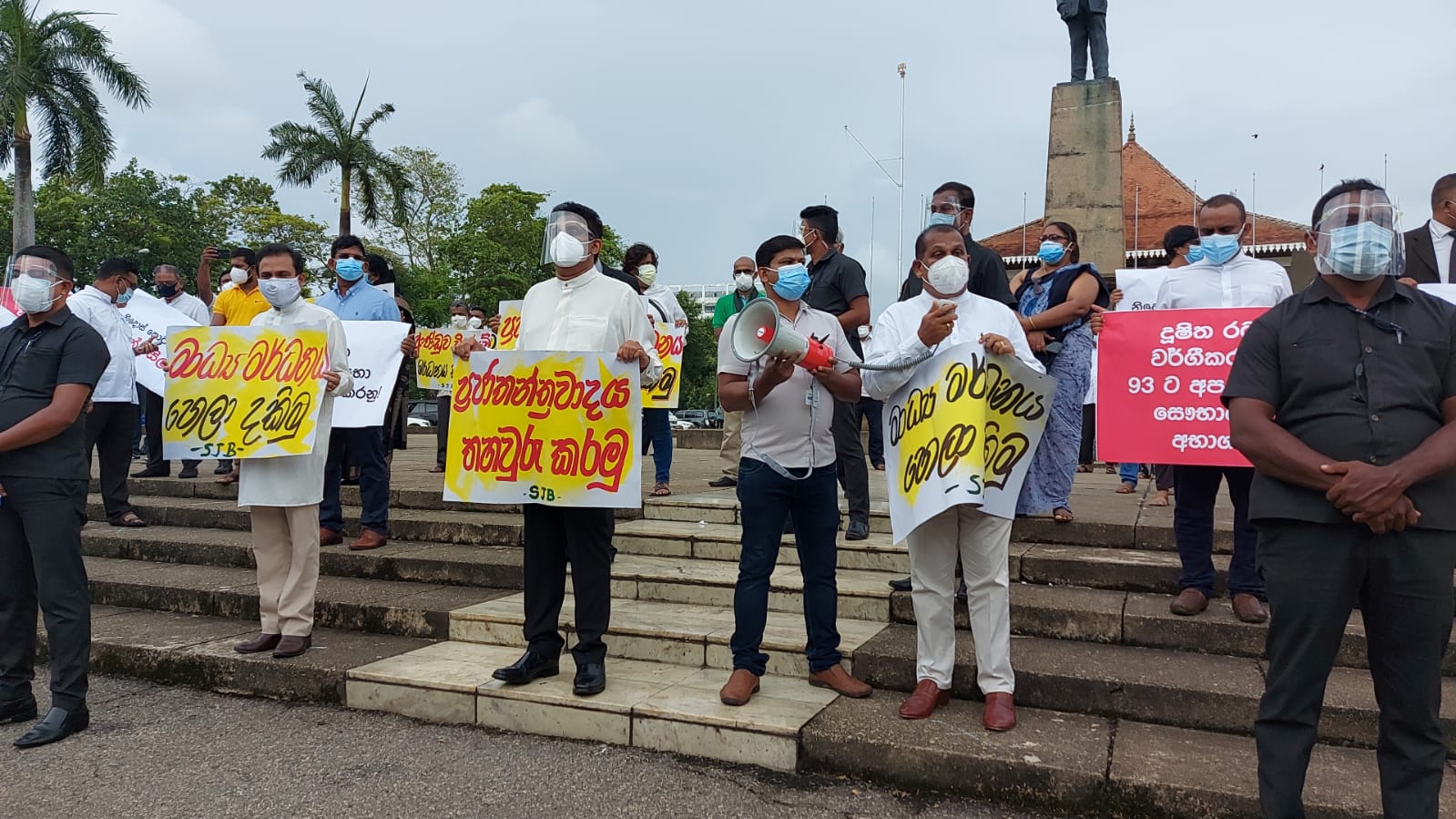