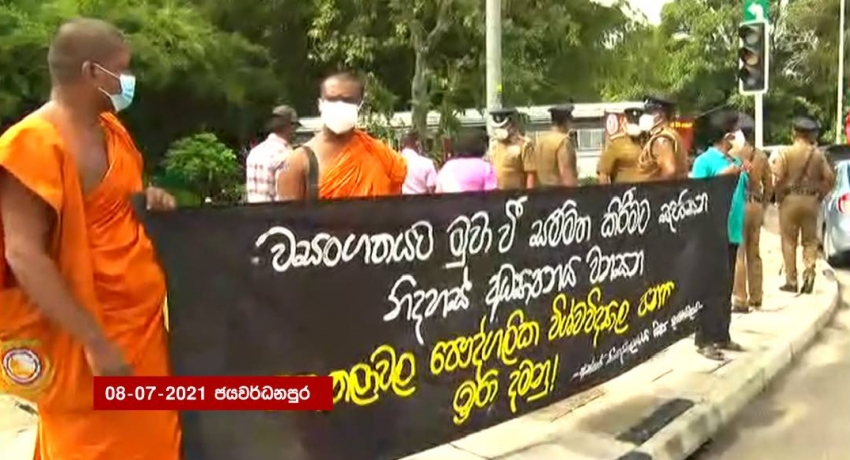 Several factions including the Inter-University Students’ Federation staged a protest near the Parliament on Thursday morning (Jul. 08), against the draft bill of the Kotelawala Defence Academy Act.

The draft bill of the Kotelawala Defence Academy Act is being taken up for debate in parliament today (08).

The protesters who were gathered near the parliamentary complex were later dispersed following the intervention of the police.