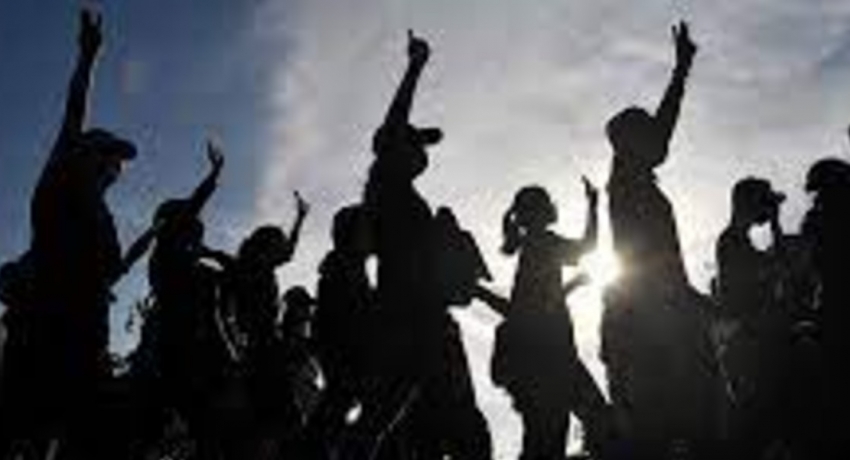 COLOMBO (News 1st); Sri Lanka Police arrested multiple activists during protests across the island on Wednesday (07) and took measures to produce them in court.

The arrests were made after Sri Lanka Police Headquarters on Tuesday (06) proscribed protests and public gatherings where people would assemble in large numbers.

Protest against filling of land in Muthurajawela:

Former JVP Provincial Council member Mahinda Jayasinghe led a protest in Bopitiya against the attempt to fill a land close to the Muthurajawela Wetlands for a proposed energy project.

Sri Lanka Police thereafter arrested Mahinda Jayasinghe and a member of the Gampaha District Student movement on the charges of obstructing police duties.

However, the situation took a tense turn when the duo was being arrested.

Mahinda Jayasinghe and the other individual were produced to the Wattala Chief Magistrate and thereafter released on two personal bails and a cash bail of Rs.200,000/- each.

Protest against worker suppression in Colombo:

A group led by Duminda Nagamuwa of the Frontline Socialists Party staged a silent protest in Colombo against worker suppression at the State Engineering Corporation.

The protest was mainly against the suspension of 09 employees who voiced their protest against the delay in salaries and allowances.

Duminda Nagamuwa alleged the government is using COVID as a means of stopping protests against institutions that are failing.

Sri Lanka Police told the protestors that they must move away from the premises.

Thereafter, Duminda Nagamuwa and 05 others were arrested and taken away to the Slave Island Police and were then produced to the Fort Magistrate’s Court.

Court ordered the suspects to be released on person bails of Rs. 200,000/ each.

However, they are to be moved to quarantine for a period of 14 days, said Sri Lanka Police.

A tense situation was also reported in the court premises when the suspects were to be taken away for quarantine.

Pubudu Jagoda from the Frontline Socialists Party said the Police is forcibly attempting to take away the activists.

Protest against the rising cost of living in Kalutara:

10 people who took part in a protest organized by the Frontline Socialists Party in Kalutara were arrested by Sri Lanka Police on Wednesday (07).

The protest was against the rising cost of living and moments after it began officers from the Kalutara South Police station arrived at the location and arrested the group for violating the quarantine law.

Protest against shortage of Fertilizer :

Former JVP MP Samantha Vidyaratne and National Organizer of the All Ceylon Farmers Federation Namal Karunaratne surrendered to the Bogahakumbura Police on Wednesday (07) morning after Police launched an investigation to arrest them as they have participated in a protest in Boralanda by violating quarantine laws.

They were released on bail by the Welimada Magistrates Court.

Namal Karunaratne told reporters that if the government released fertilizer, reduced prices the people would not have had any reason to protest in the streets.

He slammed the government as ‘spineless’ for its failure to detect concealed fertilizer stocks.

JVP MP Vijith Herath condemned the arrests noting that is reveals how the government acts in the face of a crisis.