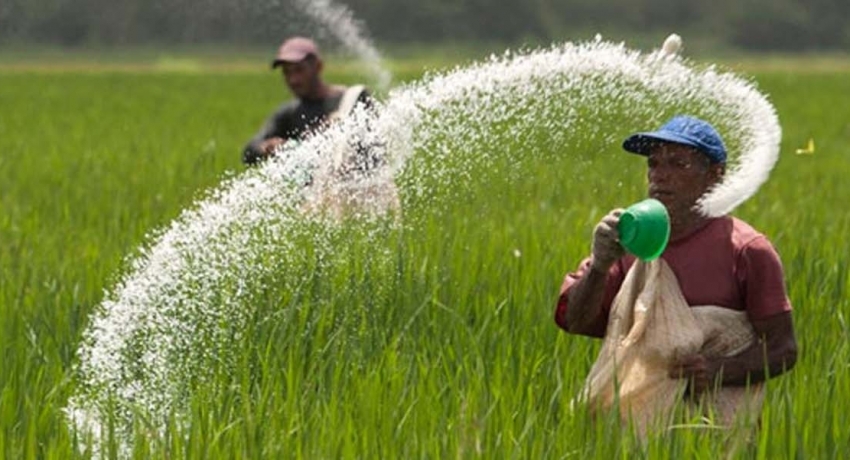 COLOMBO (News 1st); Agriculture Minister Mahindananda Aluthgamage assured there will no shortage of fertilizer for the Yala harvesting season.

He told parliament on Tuesday (06) that at a time when the Fertilizer Companies & Fertilizer Secretariat said there a shortage of fertilizer, it was revealed that fertilizer companies had retained 102,000 MT of fertilizer and refrained from releasing the stocks to the market.

‘CIC had 21,000 MT, Baurs had 8,000 MT & Hayleys had 28,000 MT,’ he told Parliament adding that these companies were summoned and were instructed to release the fertilizer stocks to agrarian service centers within a week.

He assured the farmers will not experience any shortage of fertilizer in the coming months, while noting that fertilizer had been distributed in most of the areas where protests were staged.

However, Polonnaruwa SJB MP dismissed the Minister’s claims of distributing fertilizer noting that there are many farmers from multiple areas who are yet to receive fertilizer.

The Agriculture Minister conceded that there was a 04% shortage of fertilizer for the Medirigiriya area and measures have been taken address the shortage.

He said the government policy is to release 500 kilograms of Compost Fertilizer per hectare of paddy land, however, the macro-nutrients such as nitrogen (N), phosphorus (P) and potassium (K) or NPK are low in the compost fertilizer.

‘Therefore Sri Lanka will import nitrogen extracts while 35 kg of Potassium will also be provided. In addition, approximately 10 litres of biofertilizer will be provided per hectare of paddy land,’ he said.

He said the government will pay a sum of Rs. 12,500/- to farmers to produce carbonic fertilizer required for a hectare of farm land and the circular will be released soon.