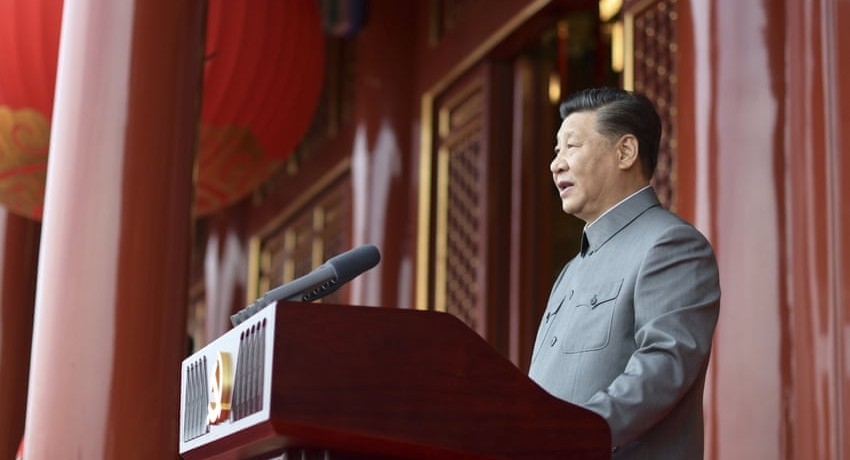 China will not allow “sanctimonious preaching” or bullying from foreign forces, and anyone who tries “will find themselves on a collision course with a steel wall forged by 1.4 billion people”, its president, Xi Jinping, has said on the centenary of the Chinese Communist party.

Chinese President Xi Jinping, also general secretary of the Communist Party of China (CPC) Central Committee and chairman of the Central Military Commission, delivered an important speech in Beijing on Thursday (01) at the grand ceremony celebrating the 100th anniversary of the founding of the CPC.

Xi said the CPC has united and led the Chinese people over the past 100 years for one ultimate theme – bringing about the great rejuvenation of the Chinese nation.

We have never bullied, oppressed or subjugated the people of any other country, and we never will,” he added.

China has always worked to safeguard world peace, contribute to global development and preserve international order, Xi said, calling for continuous efforts to promote the building of a human community with a shared future.

Xi said the image China presents to the world today is of a thriving nation that is advancing with unstoppable momentum towards rejuvenation.

The CPC is rallying and leading the Chinese people on a new journey towards realizing the second centenary goal, Xi noted.

In a speech before a crowd of 70,000 in Tiananmen Square in Beijing, Xi praised the ruling party for lifting China out of poverty and humiliation, and pledged to expand China’s military and influence.

Standing at the Gate of Heavenly Peace above a portrait of Mao Zedong on Thursday, Xi said the era of China being bullied was “gone forever”.