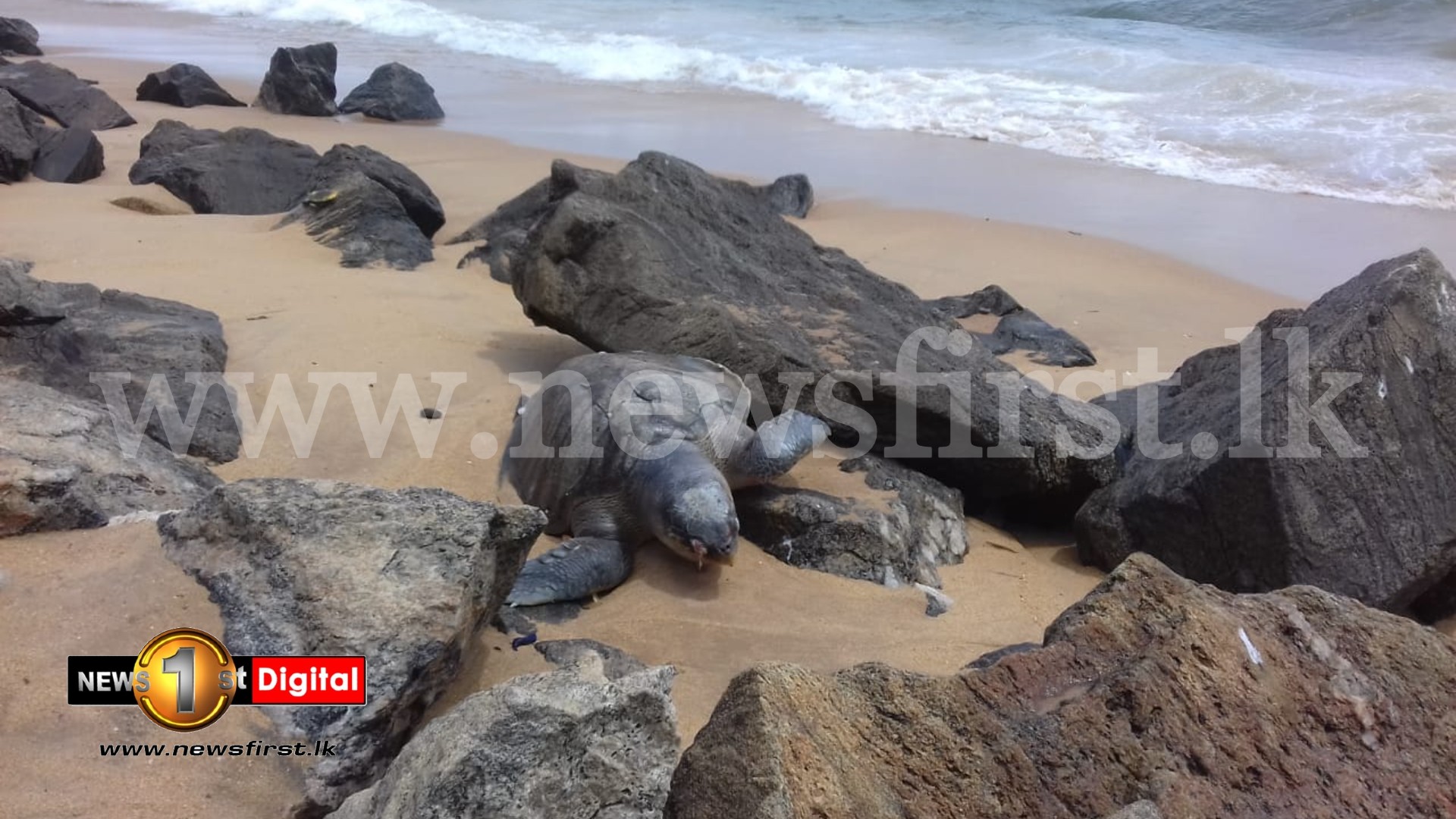 COLOMBO (News 1st): Marine creatures including 150 dead Sea Turtles and 15 Dolphins have washed ashore along the coastal line of Sri Lanka, in the aftermath of the MV X-PRESS PEARL disaster, the Department of Wildlife Conservation said on Tuesday (Jun. 29).

According to the Wildlife Department, the carcasses of the Sea Turtles have been sent to the Government Analyst’s Department for further investigations.

Investigations are underway to determine the cause of death of these marine creatures.

Meanwhile, another dead Sea Turtle washed ashore at the Koralawella beach in Moratuwa, on Tuesday (Jun. 29).

According to our correspondent in the area, the Sea Turtle reportedly weighs over 50 kilograms.

One month since the MV X-PRESS PEARL disaster, various dead marine creatures, including Sea Turtles and Dolphins continue to wash ashore along the Western and Southern coasts of Sri Lanka.