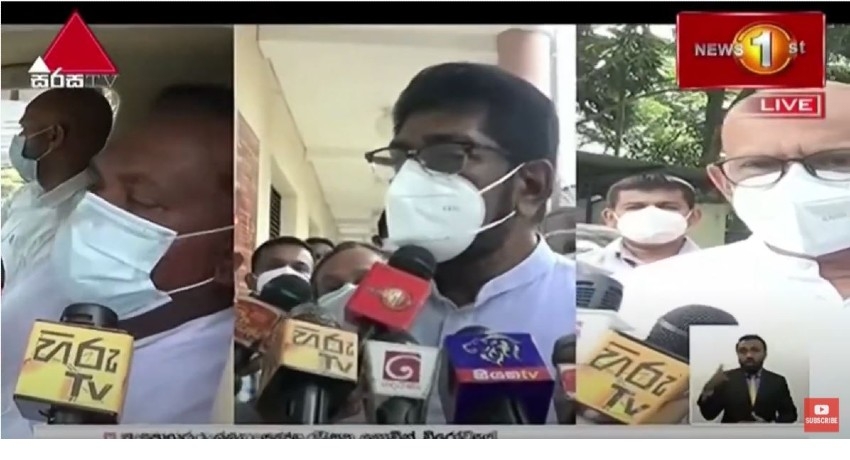 COLOMBO (News 1st); Several government Ministers and MPs avoided responding to questions raised over the presence of camouflage-clad Chinese personnel at the Chinese Joint Venture site to clean up the Tissamaharama Wewa.

Minister Mahindananda Aluthgamage, one of the most vocal government ministers, was at a loss for words when a question in this regard was posed to him on Saturday (26).

MP Professor Ranjith Bandara, representing the ruling Sri Lanka Podujana Peramuna claimed he was unaware of such a presence of camouflage-clad personnel.

Government Spokesperson & Minister, Keheliya Rambukwella said if a security officer has ‘small eyes’ he too would be assumed as a Chinese person dressed in uniform.

‘This matter needs to be inquired,’ he said.

However, the opposition has questioned the purpose of allowing such individuals to enter the country.

‘Are these people connected to the Chinese Army? Who provided them with such a uniform? What is their purpose here? These questions need answers,’ said opposition MP Mujibur Rahuman on Saturday (26).

He said the Defense Secretary must make these details public, adding that if it is not done, public outcry would continue to grow.