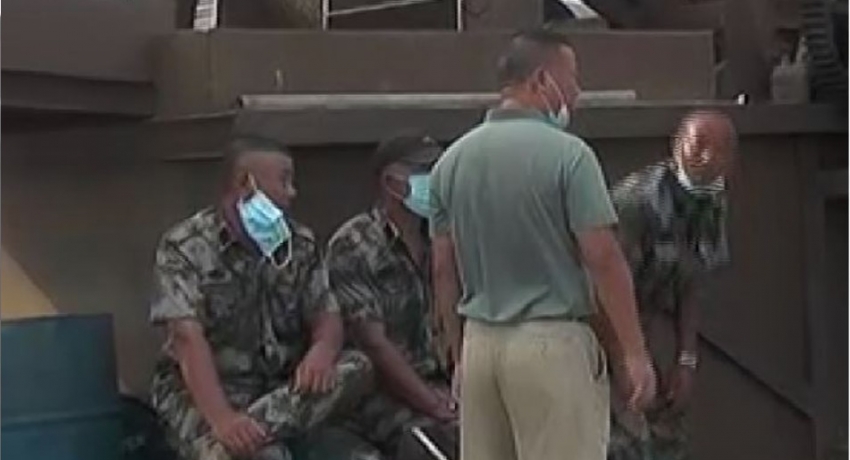 COLOMBO (News 1st); There is growing concern over the presence of camo-clad foreign personnel at a development project in the South of Sri Lanka.

News 1st recently highlighted that the attire worn by these individuals is similar to the uniform of the Chinese People’s Liberation Army.

However, the company that is involved in the Chinese Joint Venture dismissed claims that Chinese military personnel were present at the project site.

“They were wearing an overall which is commonly used by the Chinese,” said Thusitha Balalla, the General Manager of Gaja Holdings Private Limited.

According to him, Sri Lankan intelligence had visited the site and inspected the camo clothing, and had given the clear noting that such attire is not an issue.

However, in recent times Sri Lankan authorities were strict on people wearing clothing similar to military uniforms, wherein in some instances arrests were also made.

The Sri Lankan Government must clarify the presence of camo-clad foreigners at the Chinese Joint Venture site in the South of Sri Lanka, stressed, Lt. Colonel (Retired) Channa Karunaratne RSP on Thursday (24).

“The Government must also make it clear if a foreign military detachment is necessary for this project of dredging and cleaning the irrigation tanks, even if it is an engineering unit from China’s PLA,” the retired military officer said.

A Chinese Joint Venture (JV) to dredge and clean some of Sri Lanka’s most ancient irrigation tanks was launched on Monday (21) and the launch phase will see the cleaning up of the ‘Tissamaharama Wewa’, said to have been constructed in the 3rd Century BC by a Sri Lankan King.

In an extremely strange agreement, the company is not charging the government for the extensive ‘clean-up’ work that includes the installation of specialized machinery but will instead pay for the dredged sediment which it will in turn, sell.