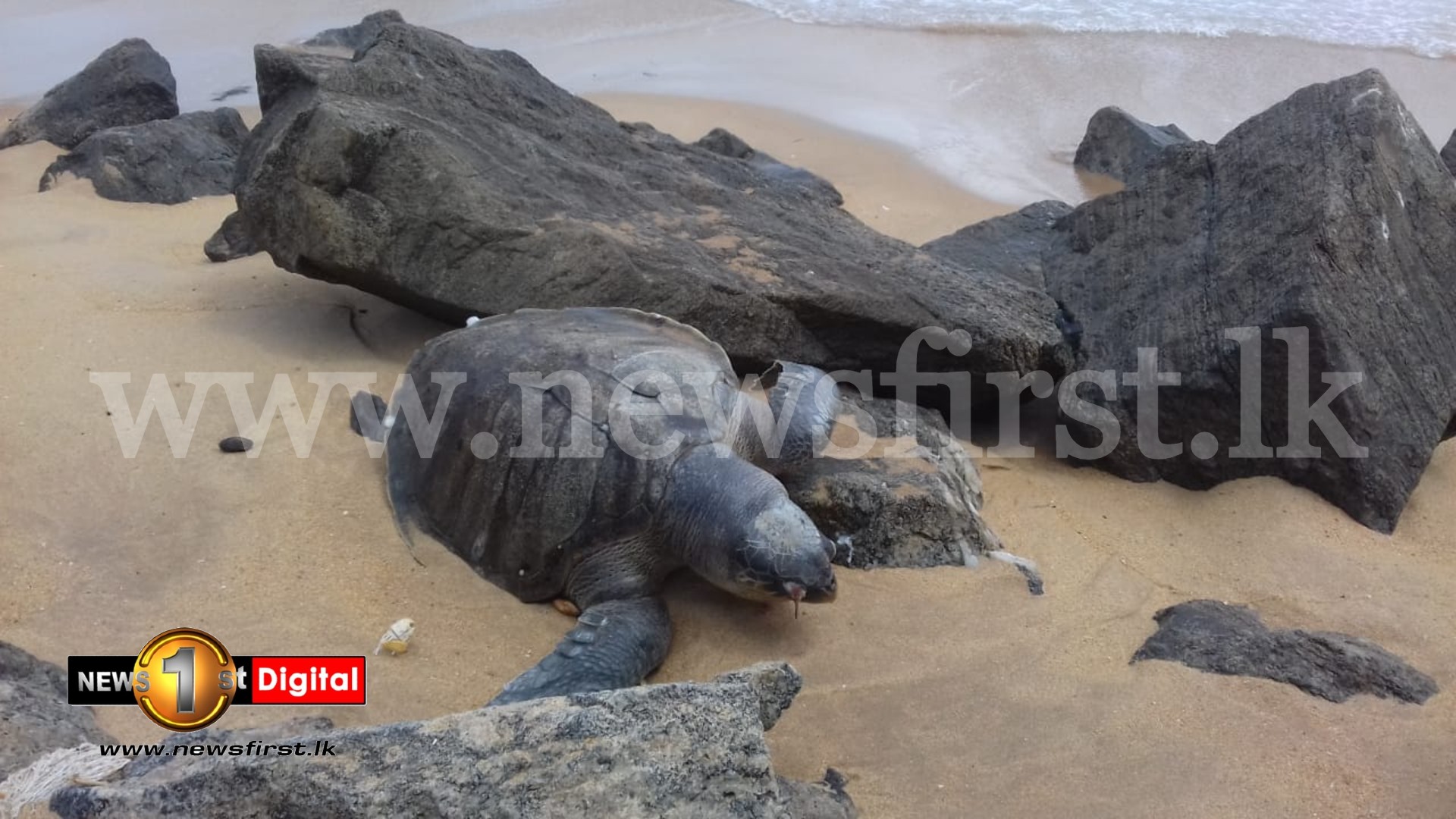 COLOMBO (News 1st): The marine creatures including Sea Turtles that washed ashore along the Sri Lankan coastal line in recent days, had died due to a chemical leak from the MV X-PRESS PEARL vessel, the Ministry of Wildlife and Forest Conservation said.

Investigations will continue to determine the exact cause of death of the marine creatures, Subject Minister C. B. Rathnayake said on Wednesday (Jun. 23).

“A large number of sea creatures in the ocean have died as a result of the fire aboard the vessel that was transporting chemicals. Accordingly, investigations were conducted to determine the cause of death and clear signs of acid burns were visible on the dead Sea Turtles,” Minister Rathnayake elaborated.

According to the Minister, the Director-General of Wildlife was requested to conduct investigations, and accordingly, we have instructed the University of Peradeniya and the Ragama Teaching Hospital to assist in the investigations, to determine the cause of death.

“Since we do not have special laboratories to conduct studies in this regard if required, we will seek assistance from Singapore. The reports of the investigations will be made public as soon as possible,” Minister C. B. Rathnayake went onto note.

According to the Minister of Wildlife and Forest Conservation, measures will be taken to ensure the safety of the marine creatures jointly with the Sri Lanka Navy.

As of today (23), more than 60 dead Sea Turtles and other sea creatures including Dolphins, suspected to have died in the aftermath of the MV X-PRESS PEARL disaster, have washed ashore along various beaches of the island.

According to the Department of Wildlife Conservation, the carcasses include 10 dead Dolphins as well and one Whale.