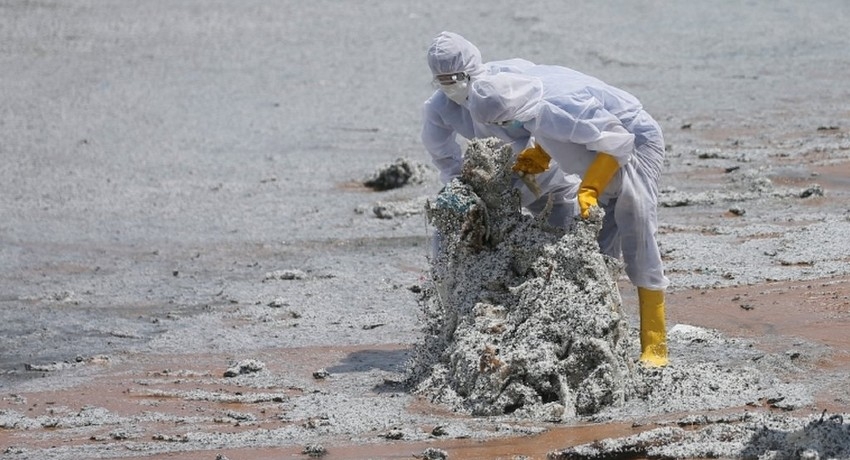 Nurdles are about the size of a lentil. And like anything tiny and round, they are tough to keep track of. They roll away. They tumble into waterways. The wind can blow them around.

‘Sri Lanka is facing a serious issue because of these nurdles that were in 87 containers on board the X-Press Pearl,’ he said adding according to the experts a major portion of the nurdles may have been destroyed by the fire, however, the rest (around 40%) may have washed ashore.

There are additional fears that the nurdles themselves could be contaminated with chemicals from the ship.

Dr. Nalaka Godahewa said the owners of the X-Press Pearl have not positively responded to Sri Lanka’s orders to remove the wreck from Sri Lankan waters.

‘The owners want time until the end of the monsoon season,’ said the State Minister.

Sri Lanka also hopes to write to the government of Singapore to add pressure on X-Press feeders to expedite the wreck removal process.

X-Press Feeders in a recent statement said that due to the exposed nature of the anchorage to the prevailing South Westerly Monsoon, it is likely that the wreck removal can only start after the SW monsoon subsides; caretaker services will remain on site until then.

‘They will continue to minimize pollution and monitor the wreck’s condition and report daily to experts ashore and Government agencies,’ the statement said.

With the sinking of the ship, the release of the chemicals is a serious risk to the ocean and the coastal ecosystem.

Local fishermen have also voiced concern about the debris from the ship contaminating the Sea of Sri Lanka.