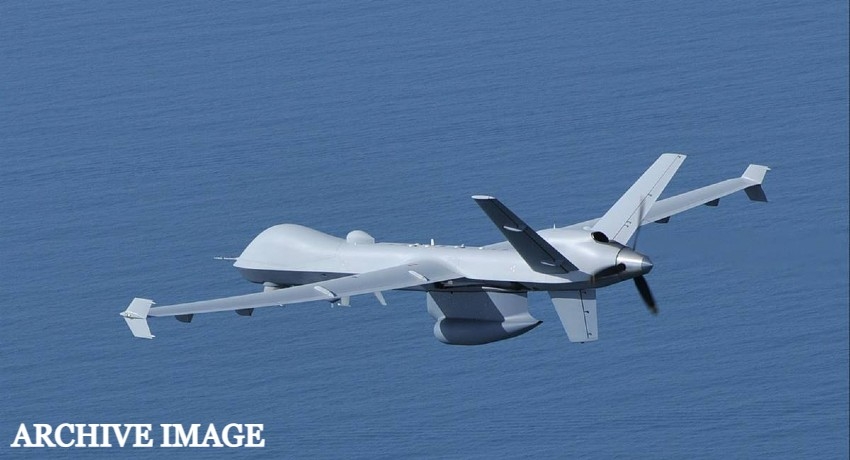 COLOMBO (News 1st/ ANI); The Indian Navy said that Predator drones are helping the maritime force enhance its surveillance all across the Indian Ocean region, including in Sri Lanka as Chinese activity poses a threat to India’s security/

“This helps us keep a close watch on the ‘vessels of interest’ passing from there,” said Vice Admiral G Ashok Kumar, the Vice Chief of Navy Staff of the Indian Navy.

India plans to buy 30 armed drones from the U.S. to boost its sea and land defenses as tensions persist with neighbours China and Pakistan.

It will give the Indian Navy the ability to better monitor Chinese warships in the southern Indian Ocean, and equip the army to engage targets along the disputed India-Pakistan border in the Himalayas.

“The induction of these new MQ-9B Sea Guardians have really helped us out because the main thing about them is the enhanced endurance they have,” said Vice Admiral G Ashok Kumar.

Asked if the ‘vessels of interest’ monitored by the predator drones included any Chinese warship or research vessels operating in the area, he said, “The drones are used to keep a watch on the potential adversaries but also the vessels of interest who are not following the rules. This may be from any country China or Japan or any country.”

The Indian Navy was the first force among the three services to go for the leasing option provided in the new Defence Acquisition Procedure to get the two drones from an American firm and deployed them at a Southern Navy base to keep a watch on the entire area looked after by the force.

The Chinese Navy-affiliated Research vessels generally operate in the Indian Ocean region for surveillance activities and their activities are of interest to the Indian forces.

India is also processing the case for the acquisition of 30 more of these drones which will come armed with Hellfire missiles which will allow the taking down of any potential targets by the forces during its surveillance missions.

The project is at the moment being discussed at the Defence Ministry level and will need to be cleared by the Cabinet Committee on Security due to its enormous cost.