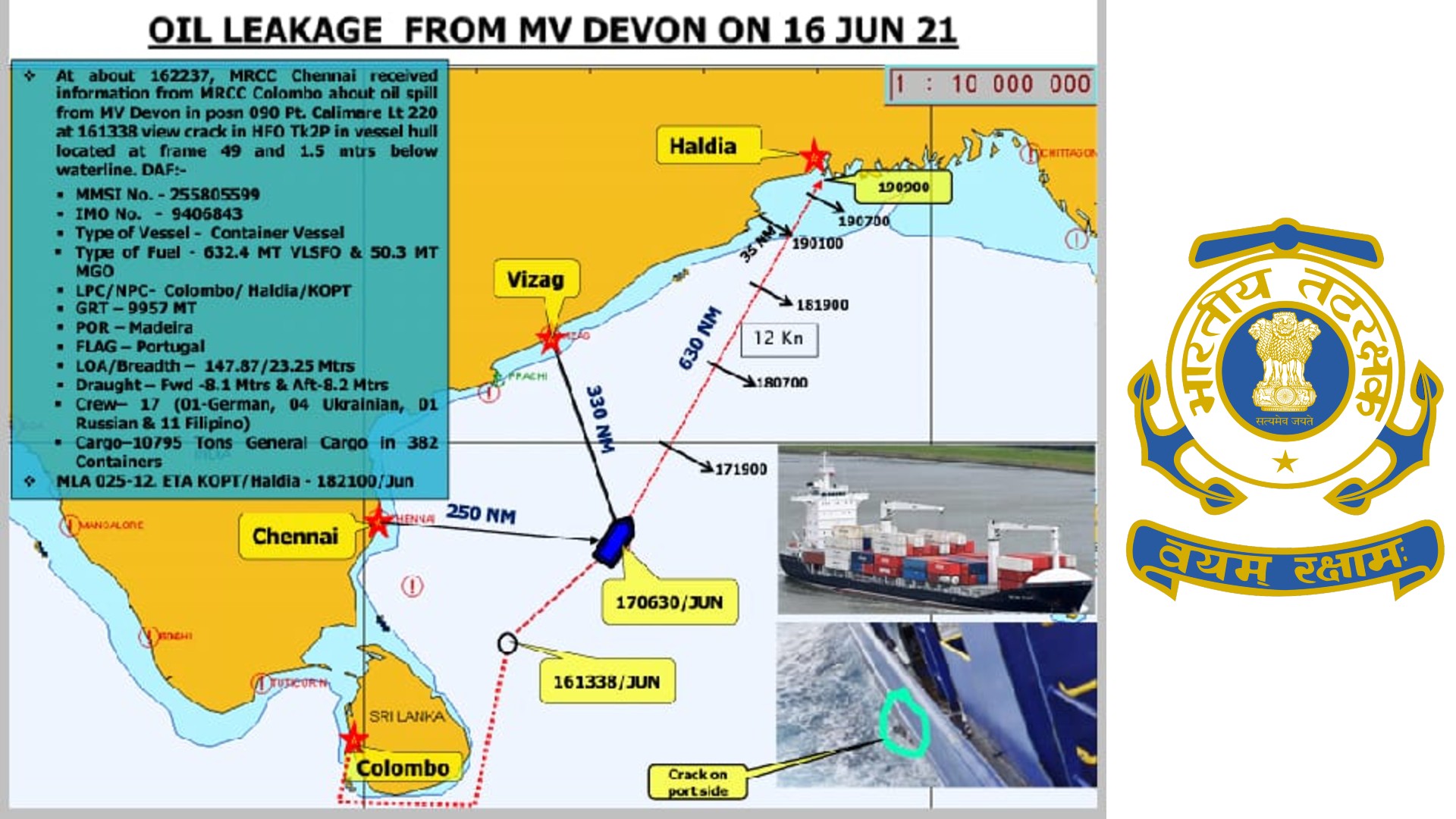 By the time preventive action was taken 10 KL of oil was already spilled into the sea, reported Indian Media.

The remaining oil was transferred to another tank with the help of ship’s crew.

The ICG said, “Pollution response team at Chennai has been alerted and kept on standby. In addition, ICG ships and aircraft deployed at sea are also put on alert in pollution response configuration’.

Information of the mid-sea oil spill, about 450 km South East of Chennai came from the Maritime Rescue Coordination Centre (MRCC) Colombo in late hours of Wednesday (16).

As per the Coast Guard, the said Merchant Vessel, MV Devon, is on passage from Colombo to Haldia, West Bengal and it developed an underwater crack in the left side fuel tank containing about 120 KL of Very Low Sulphur Fuel Oil (VLSFO) resulting in spillage.

The vessel is carrying 10,795 tonnes of general cargo in 382 containers and manned by 17 crew of mixed nationality and is likely to reach Haldia PM Friday, 18th June.

ICG is in continuous contact with MV Devon and master has reported that the vessel is stable.

It may be recalled that, ICG ships and aircraft in a coordinated operation with Sri Lanka deployed vessels had successfully undertaken a major firefighting operation last month onboard MV X-Press Pearl off Colombo, thereby averting a major environmental disaster.

The vessel, now partially sunk off Colombo, is under the supervision of Sri Lankan authorities and efforts are in hand for its Salvage.

The preservation and protection of marine environment and control of marine pollution is the function of the Coast Guard.

In 1986 ICG was nominated as the Central Coordinating Authority for oil-spill response in the Maritime Zones of India.