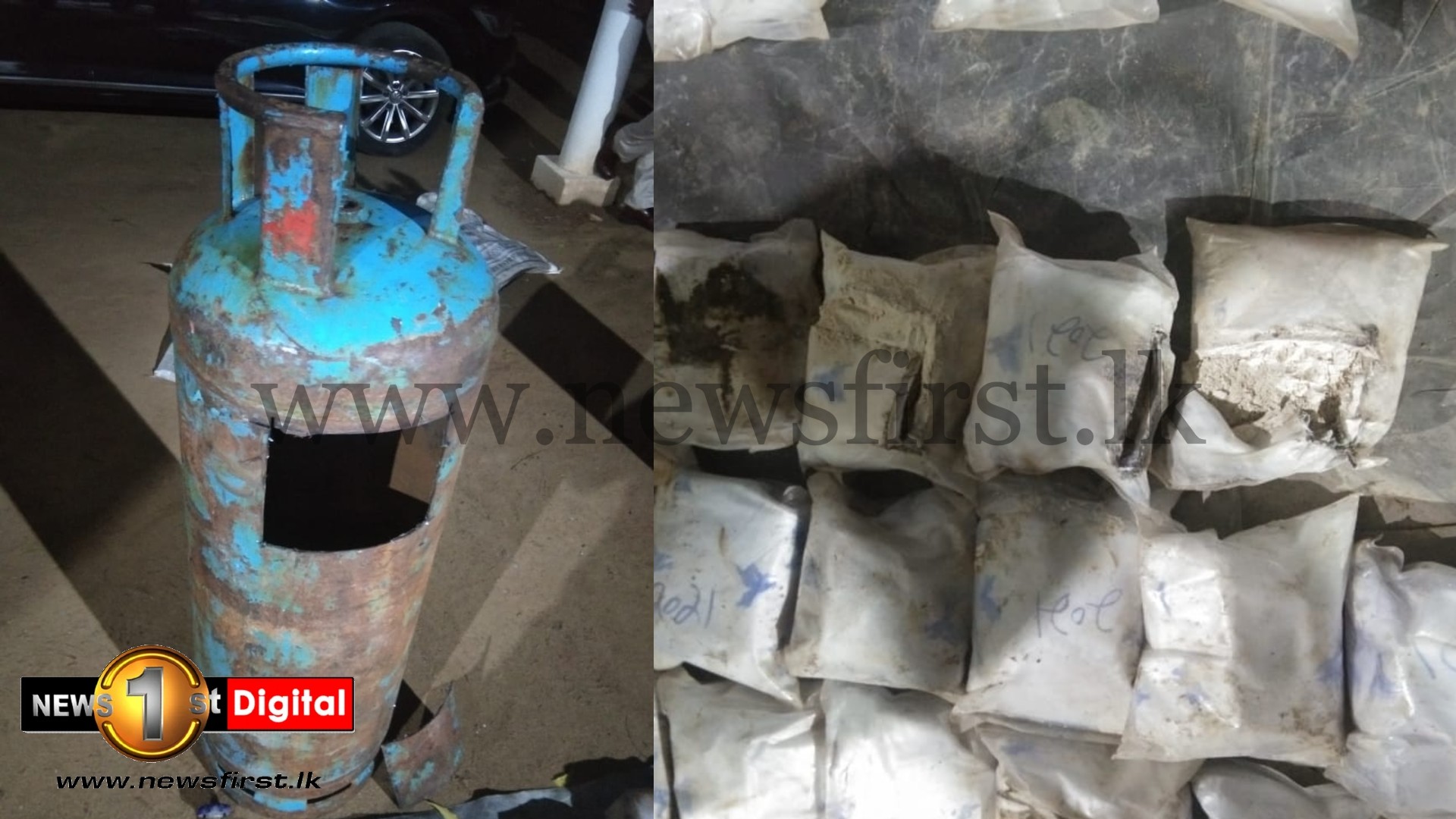 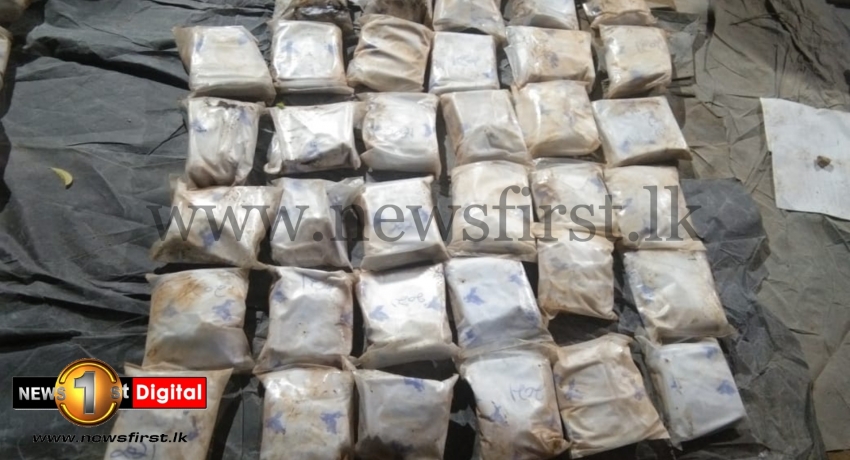 COLOMBO (News 1st); A special search operation conducted by the Navy in the coastal area of Polwathumodara, Weligama in the dark hours on 12th June 2021, led to the seizure of over 219kg of heroin attempted to be smuggled into the island by sea and apprehension of 09 suspects involved in the illegal act.

This special anti-drug operation conducted by the Navy made way to the seizure of this stock of about 219.8kg of heroin which was attempted to be smuggled in by a dinghy through Polwathumodara area in Weligama and hide away, after having brought to seas off Weligama by a multi-day fishing trawler.

The consignment had been concealed in sacks and gas cylinders when the apprehension was made. The Navy also held the multi-day fishing trawler, a dinghy and 09 suspects aboard, in collection to this racket.

The multi-day fishing trawler seized by the Navy on suspicion of smuggling heroin had left the Kottegoda fisheries harbour, Matara on 11th May 2021 and it is suspected that the consignment of narcotics was taken to the trawler from foreign smugglers in international waters. Meanwhile, the street value of the seized consignment of heroin is believed to be over Rs. 1758 million.

The operation was conducted adhering to COVID-19 protocols in force to prevent the spread of the pandemic. The suspects held during this operation were residents of Weligama, Ahangama, Dikwella, Kottegoda, Ihalawatta, Mirissa, Polwathumodara and Piliyandala, from 26 to 43 years of age.

Meanwhile, the Navy and Police Narcotic Bureau are conducting further investigation into the incident as of now.

Police Spokesperson DIG Ajith Rohana speaking to News 1st said that a join operation was carried out by the Police Narcotic Bureau, Sri Lanka Navy, Sri Lanka Coast Guard based on the intel provided by the State Intelligence Services.

According to images seen by News 1st, these drugs were concealed inside gas cylinders and sacks. 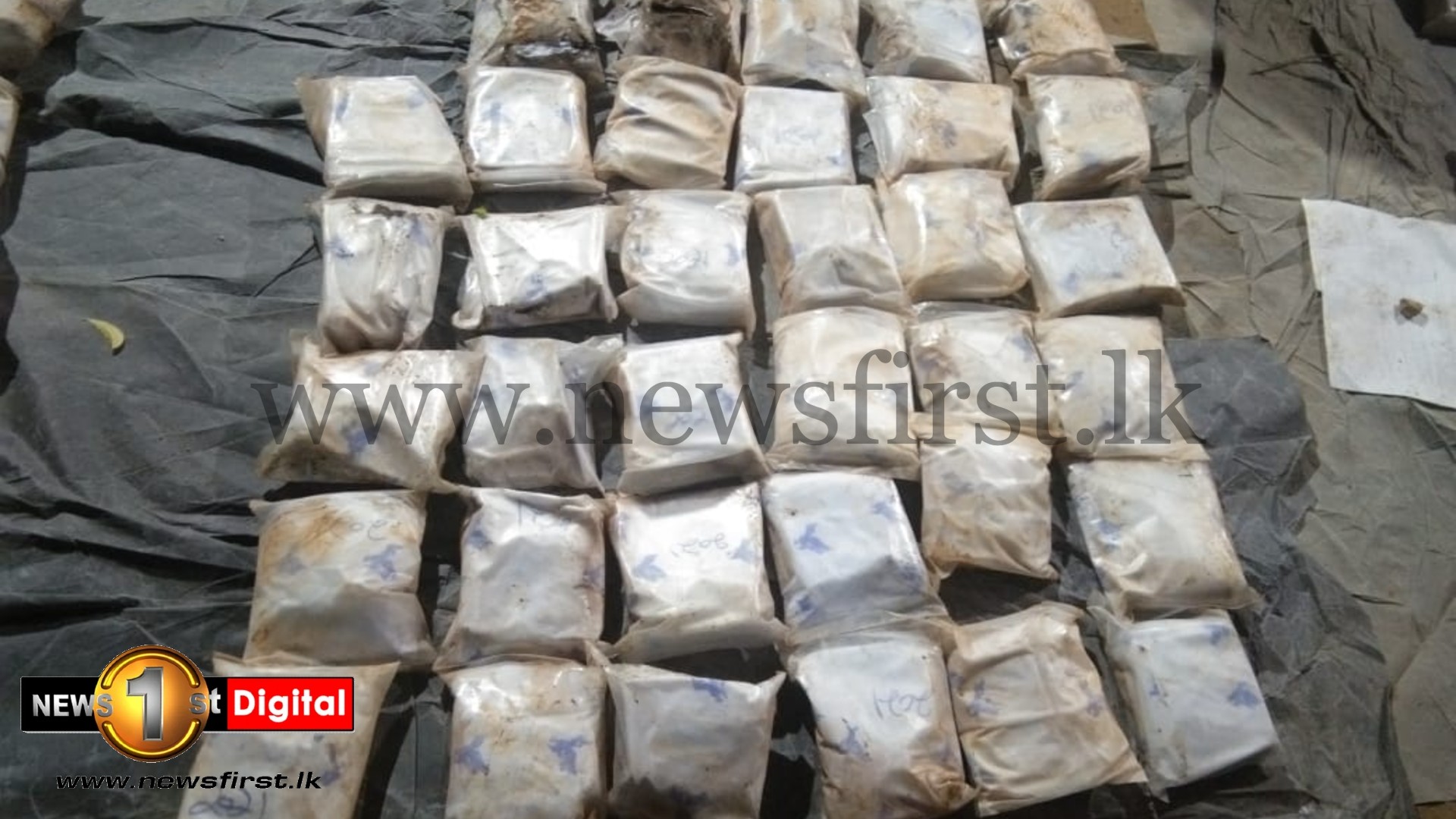