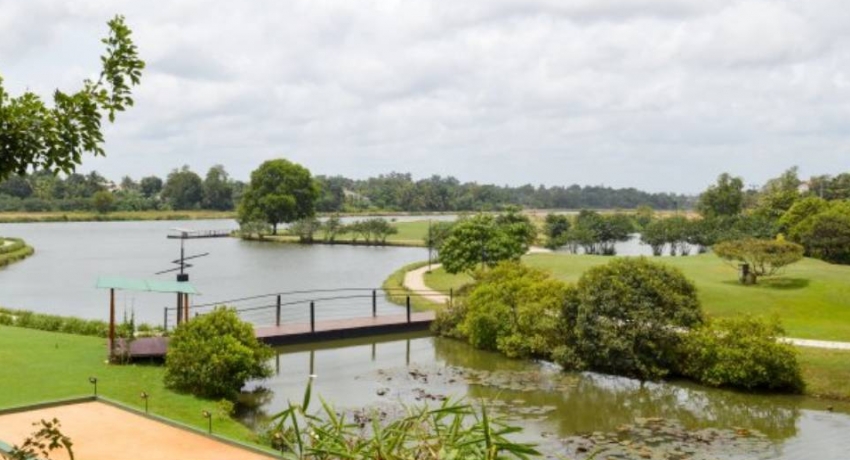 COLOMBO (News1st): Three real estate properties have been chosen for investment projects under the entity named Selendiva Investments that was set-up recently.

One property chosen for an investment project under Selendiva Investments is the Waters Edge Hotel located on a five acre land in Battaramulla.

The land currently belongs to the Urban Development Authority.

225 acres of land including this area had been vested with the Urban Development Authority based on a Supreme Court order issued on the 8th of October in 2008.

The land which belonged to a private owner had been acquired by the government under the presidency of Chandrika Bandaranaike Kumaratunga for infrastructure development.

A petition had then been filed with the Supreme Court challenging the decision to vest the lands spanning 225 acres with an individual named Ronnie Peiris.

The court had then ruled that the 225-acre land should be handed over to the Urban Development Authority.

Chandrika Bandaranaike Kumaratunge, who was named as a respondent in the petition, had been ordered by court to pay 3 million rupees to the government.

Accordingly, the decision to vest the land housing the Waters Edge Hotel to a private entity through Selendiva Investments, is questionable, given that it had been transferred to the state from the hands of a private entity.

The other real estate property that would be brought under Selendiva Investments is the International Convention Centre in Kankesanturai.

This area had been declared a high-security zone during the war. The land is located 5 kilometres away from the Palali International Airport developed by India.