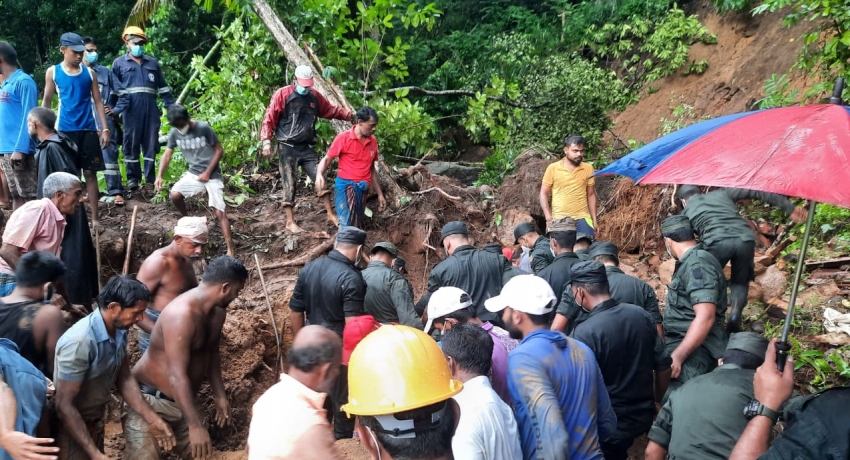 COLOMBO (News 1st); The bodies of three people reported missing following a landslide on the Devanagala Mountain in Mawanella were recovered on Saturday (05) evening.

A landslide was reported on the Devanagala Mountain on Saturday (05) morning and 8 Sri Lanka Sinha Regiment (SLSR) troops trekked along the affected areas, clearing obstacles on their way amidst torrential rains and found a 23-year old young woman (the daughter of the couple), dead in a mound of earth and took her to the closest Mawanella Hospital.

In the meantime, 8 SLSR got in to the action for one more house affected due to the minor land slide affected in Warakapola – Algama area this morning (5).

Troops rushed to the venue and recovered a dead body of 70-year old Male and sent to the Warakapola Hospital and other members of the family were sent to a safe place with the coordination of the government authority of the area.