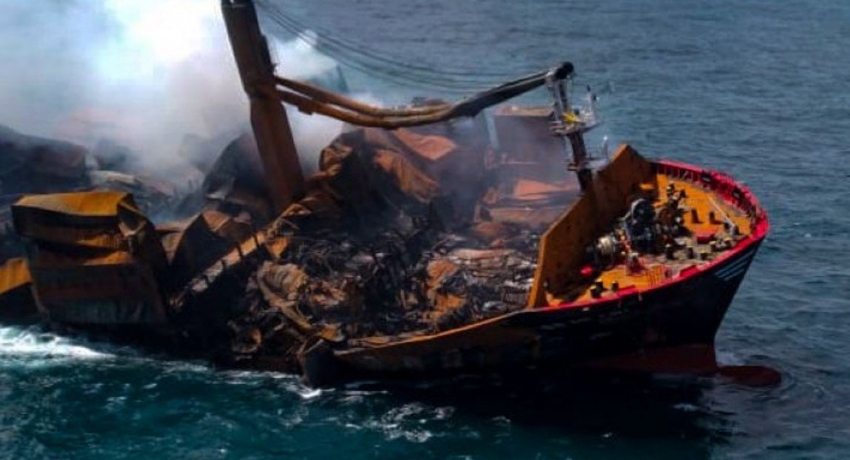 COLOMBO (News 1st); The towing of the ill-fated X-PRESS PEARL container ship was suspended on Wednesday (02) afternoon as the stern had touched the ocean floor.

Navy spokesperson Captain Indika De Silva speaking to News 1st said the fire onboard the vessel was completely doused, however, since Tuesday (01) night it was observed the stern was going underwater.

In addition, the Sri Lanka Coast Guard SLCG Samaraksha vessel to the site in order to control an oil spill, if it occurs.