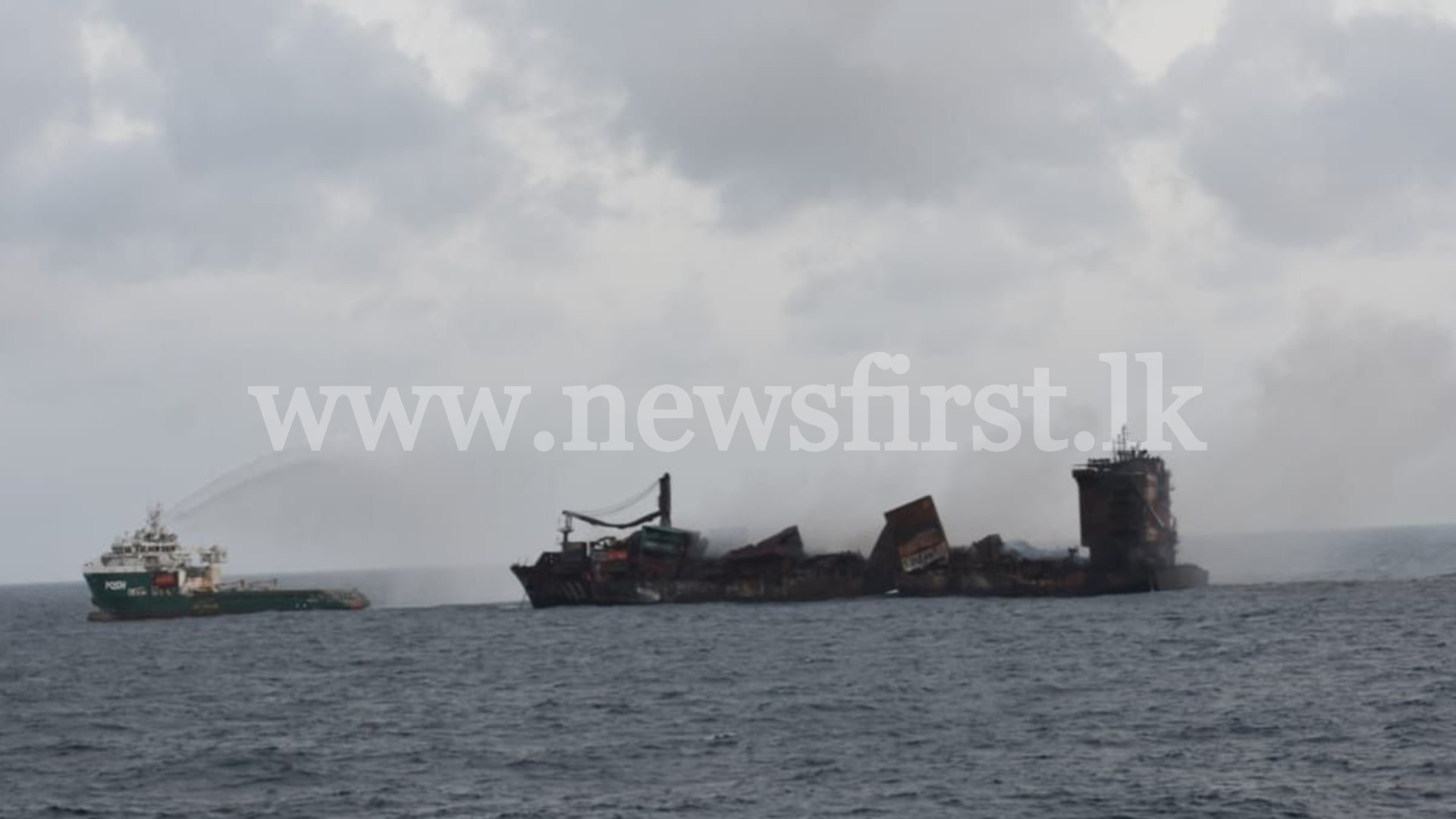 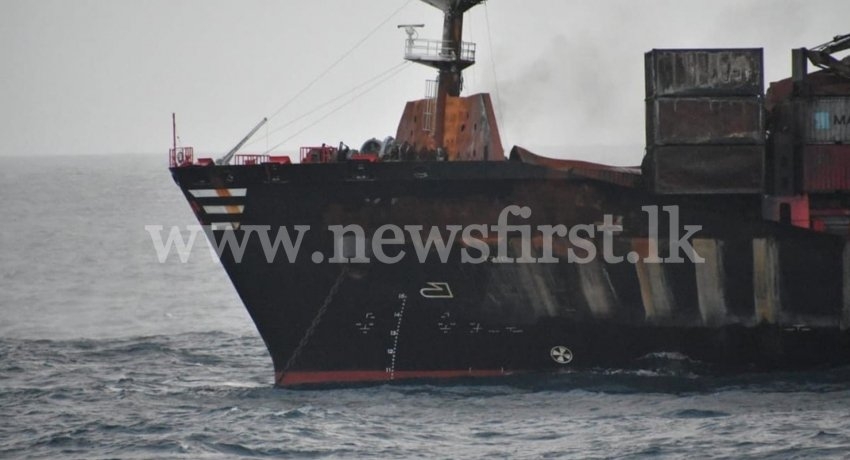 COLOMBO (News 1st); The Sri Lanka Navy deployed a special team to board the X-PRESS PEARL container ship on Wednesday (02) to facilitate salvors to tow the ill-fated vessel into deep seas.

Navy Spokesperson Captain Indika De Silva speaking to News 1st confirmed that the ship has dislodged the anchor and is being towed West by a tug hired by the salvors.

On Tuesday (01), Sri Lankan President Gotabaya Rajapaksa instructed the relevant officials to take the necessary measures to tow the vessel into the deep seas.

X-Press Feeders, the operators of the container ship ‘X-Press Pearl’ confirmed that salvors reported no visible flames aboard the vessel, though the smoke is still issuing from areas in the ship’s aft.

Firefighting tugs will continue spraying and misting operations to ensure the cooling of all hotspots and the vessel’s hull and hatches, with temperature readings being taken with specialized equipment that has arrived from the Netherlands.

There is continued support from the Sri Lankan Navy and Indian coastguard, who remain on scene, said the operator in a statement to News 1st.

As of 1100 Hours on May 31, 2021, Sri Lankan time, the salvors confirmed that the vessel’s hull remains structurally intact, and there has been no loss of oil into the port’s waters.

Most of the evacuated crew continue to serve out quarantine at dedicated local hotels, whilst select seafarers have today been helping local police with their inquiries into the fire and are cooperating with investigators.

“We will respect this process and not publicly discuss operational details until the investigation has been completed,” said the operator.