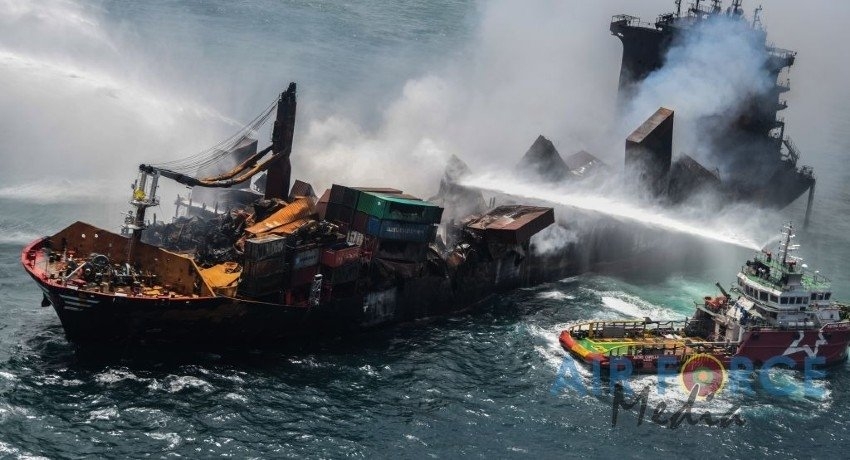 Police Spokesperson DIG Ajith Rohana Speaking to News 1st said the statements of the Captain and the Chief Engineer were recorded for a period of 14-hours.

The statement of the Second Chief Engineer was recorded for a period of 12-hours, he said.

On Tuesday (01), the Criminal Investigations Department will meet with the Attorney General for advice on the investigations.

X-Press Feeders, the operators of the container ship ‘X-Press Pearl’ reported that firefighting operations to extinguish the blaze aboard the vessel have further reduced the area affected by flames to small spot fires in the aft of the ship.

Firefighting tugs will continue spraying and misting the vessel with support from the Sri Lankan Navy and Indian coastguard, who remain on scene, it added.

Salvors are also exploring the possibility of boarding the ship and making a tow connection so it can be moved.

The salvors have confirmed that the vessel’s hull remains structurally intact, and there has been no loss of oil into the port’s waters.

The Chairperson of the Marine Environment Protection Authority Darshani Lahandapura speaking to News 1st said that the extent of the damage caused to the vessel and only be confirmed once the salvors get onboard.