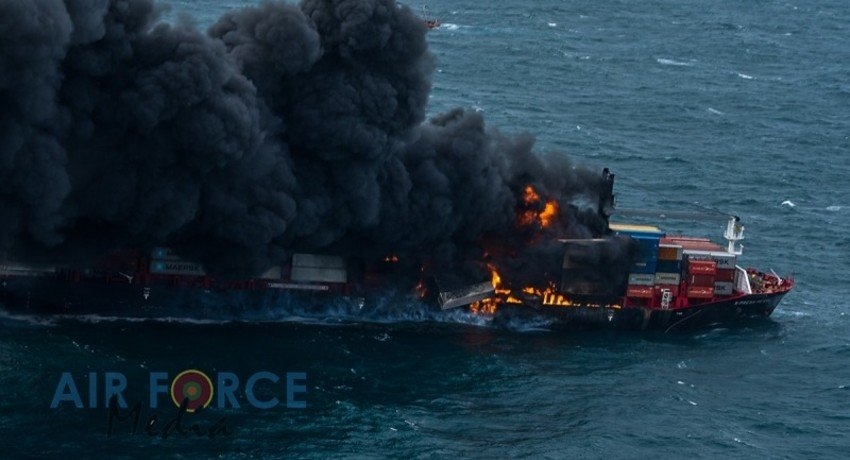 Speaking to News 1st, the State Minister said the ill-fated ship was on a legal route to Singapore passing Colombo and recent gale winds attributed to the fire.

He said gale wind and the weather did not permit authorities to contain the fire in time.

“Do not be deceived by comments made on social media,” said the State Minister said referring to the Splash247 reports which claimed the MV X-Press Pearl was refused to enter the ports in India and Qatar.

The State Minister said Sri Lanka was not informed by anyone about any fire aboard this vessel and the matter needs to be investigated.

The owners of the vessel should be held responsible and Sri Lanka is already working on the legalities on securing an insurance claim over the incident, the State Minister told News 1st.