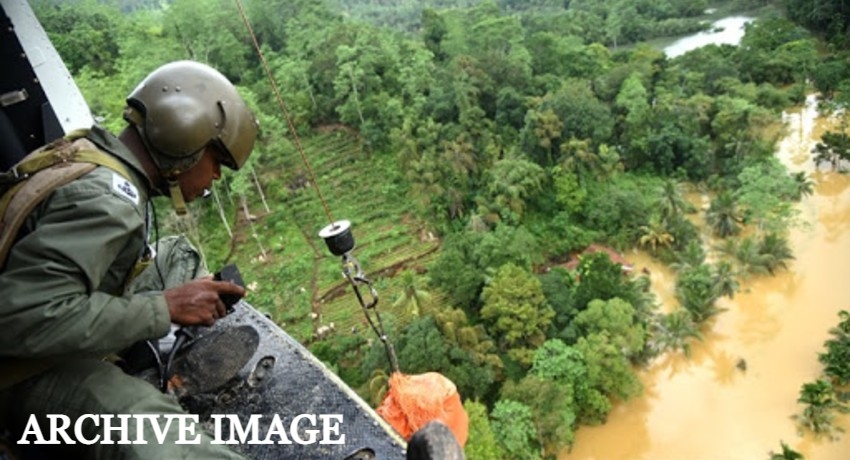 COLOMBO (News 1st); Sri Lanka Air Force on Sunday (23) said it is prepared to carry out search and rescue operations as well as relief efforts in the coming days due to inclement weather.

Accordingly, a Beach Craft 200 plane from the No 3 Maritime Squadron have been positioned at China Bay and Ratmalana Air Force installations.

In addition 01 Bell 212 Helicopter and 02 Bell 412 Helicopters have been positioned at the Ratmalana Air Force base for search and rescue operations.

02 MI-17 Helicopters have been placed at the Anurahdapura Air Force Base along with specially trained Regiment Special Force personnel of the Sri Lanka Air Force.