COLOMBO (News 1st): There is NO impact to Sri Lanka following an earthquake reported off the West coast of Northern Sumatra in Indonesia, the Disaster Management Centre (DMC) of Sri Lanka announced on Friday afternoon (May 14).

An earthquake of magnitude 6.7 was reported off the West coast of Northern Sumatra at 12:03 on Friday (May 14).

“There is no tsunami threat to Sri Lanka at present with the effect of the above Earthquake. Therefore, the coastal areas of Sri Lanka are declared safe,” the National Tsunami Early Warning Centre at the Department of Meteorology announced on Friday afternoon (May 14).

The communique further informed that the confirmation was announced in consultation with relevant national and international agencies.

No tsunami warning was issued by Indonesian authorities either. 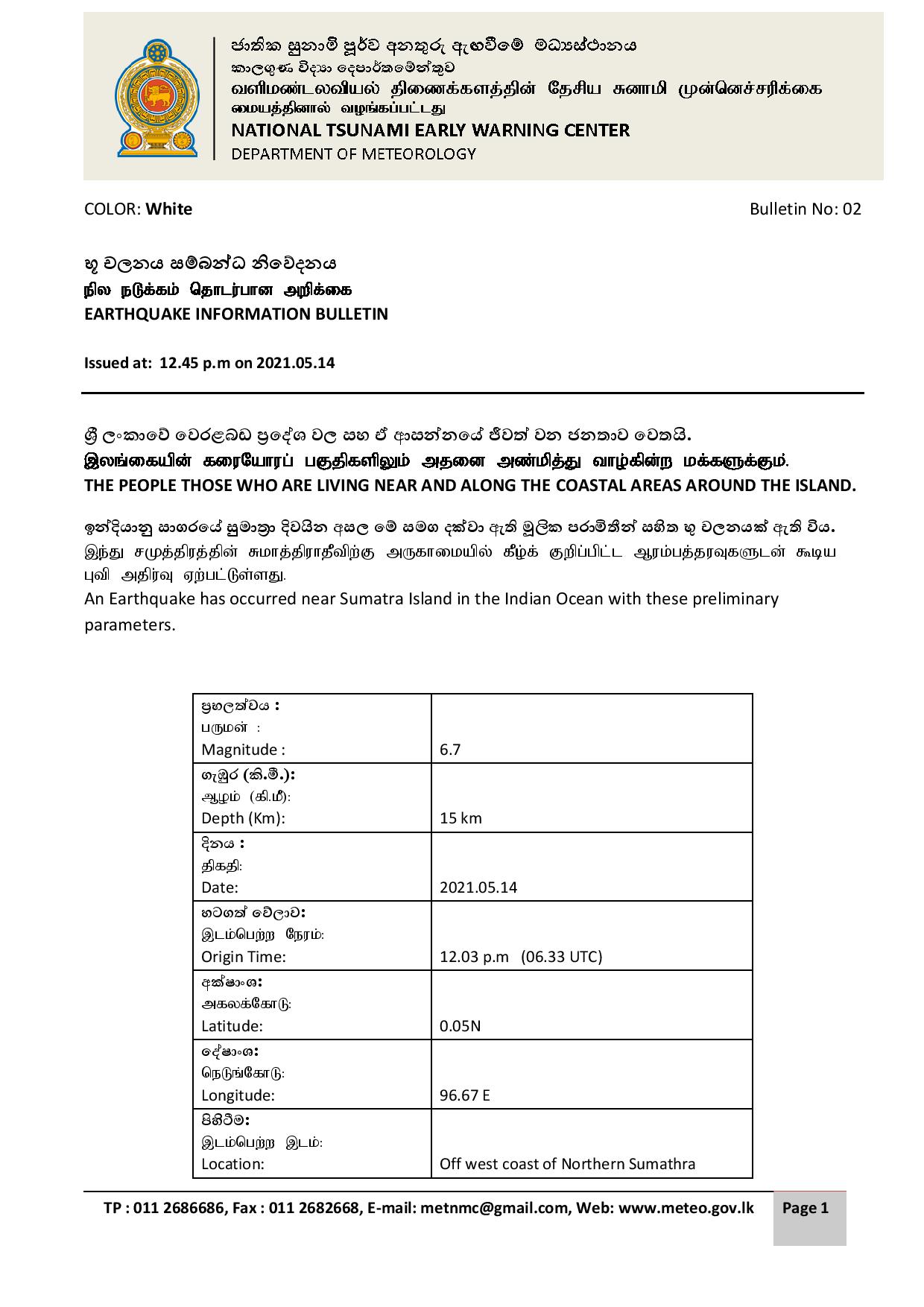 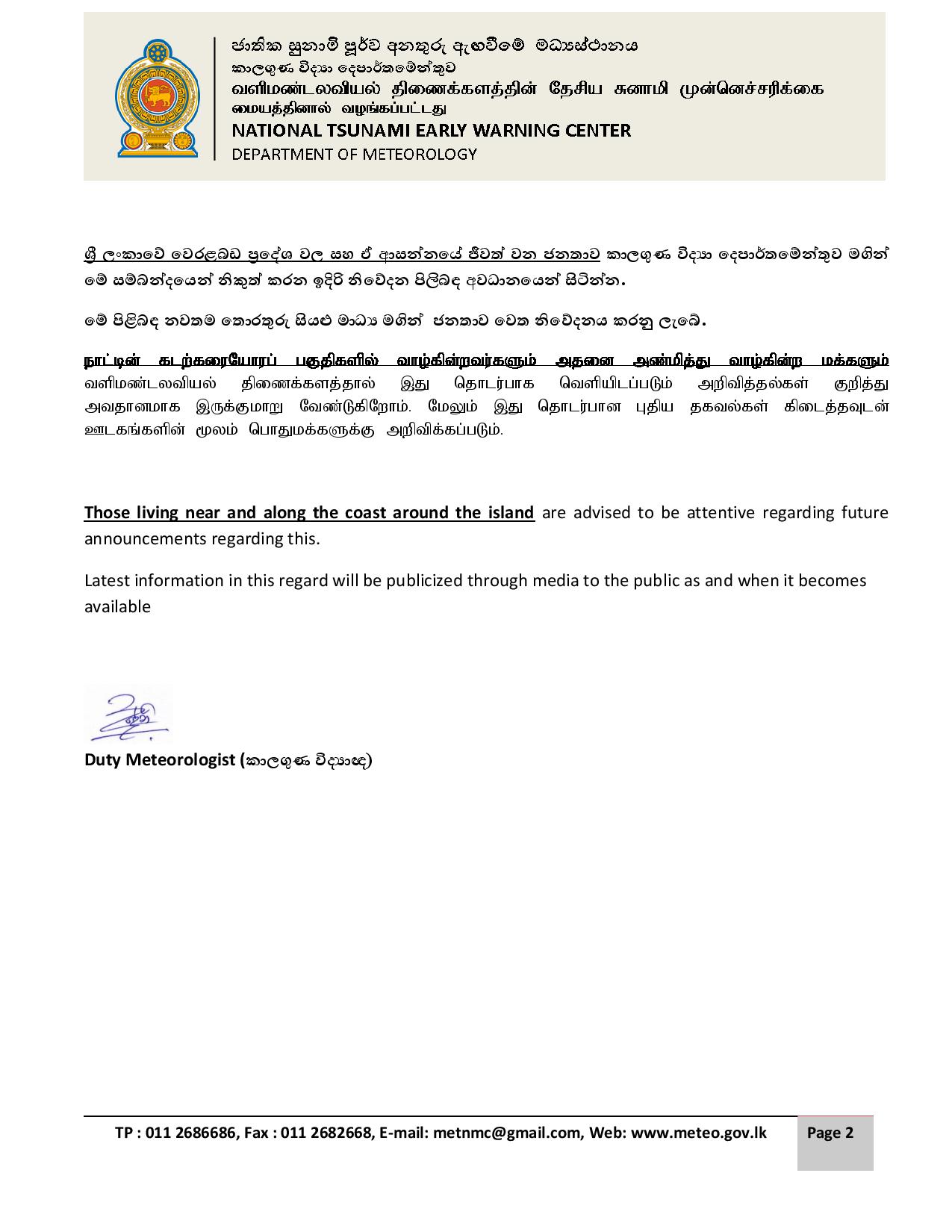 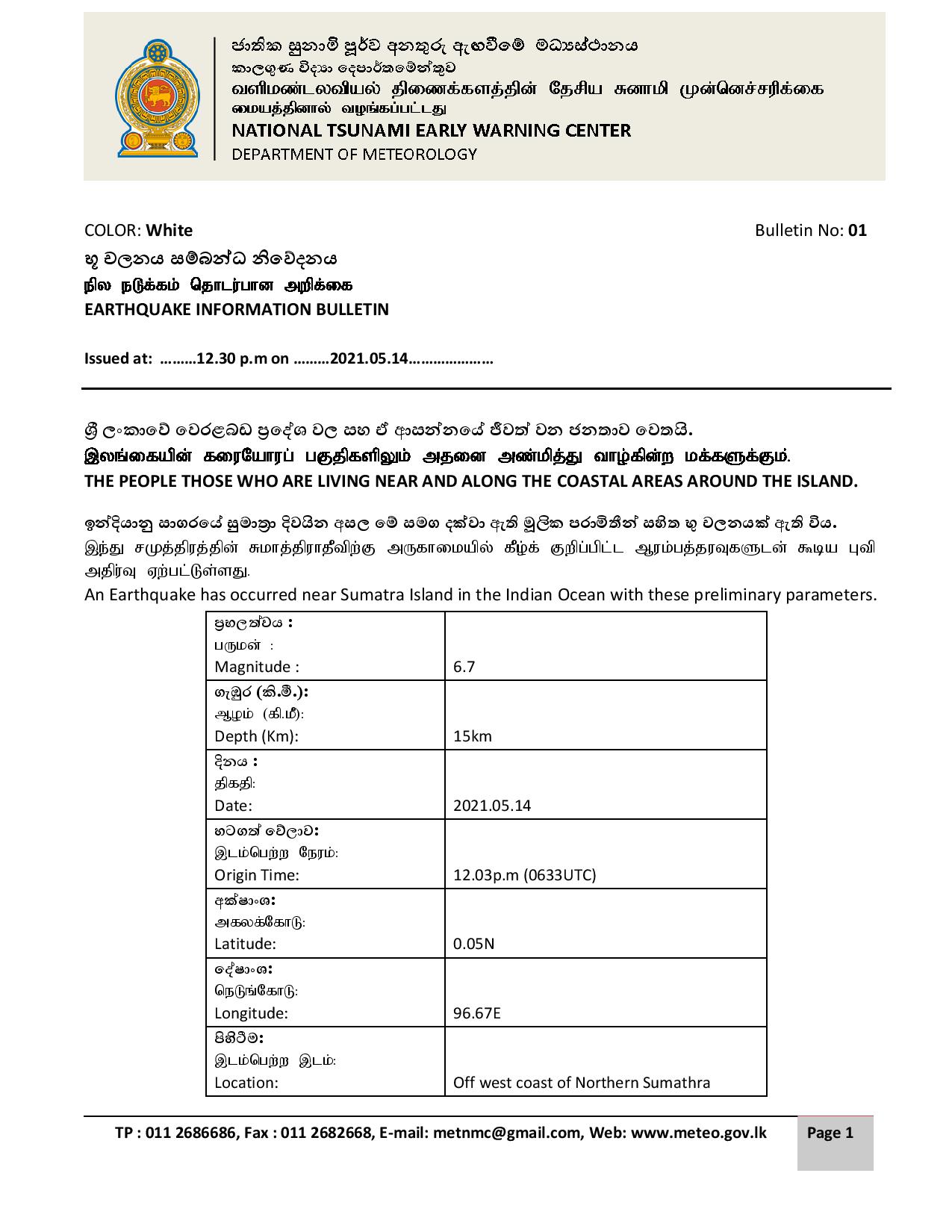 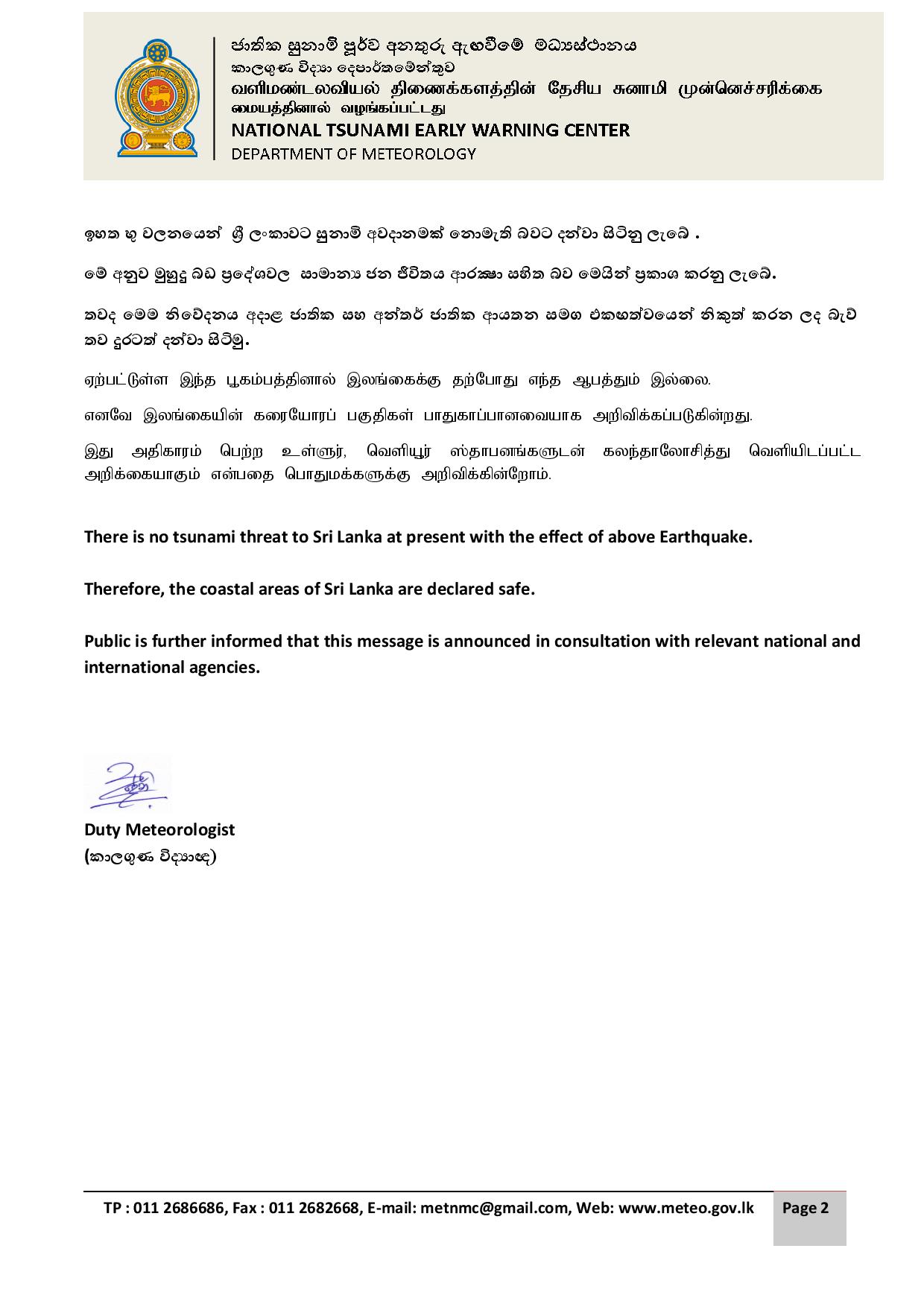