The entire world watched with baited breath as debris from an out-of-control Chinese rocket likely plunged into the Indian Ocean, just west of the Maldives, on Saturday (08) night.

Most of the huge Long March 5B rocket, however, burned up on reentering the atmosphere, the China Manned Space Engineering Office said.

It was unclear if any debris had landed on the atoll nation. 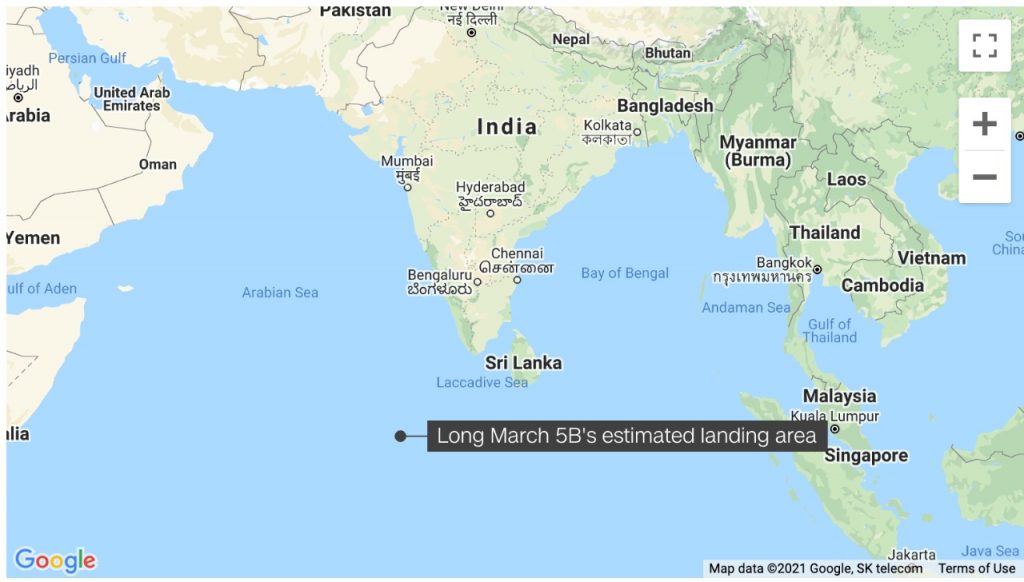 The US Space Command said the Long March 5B had reentered Earth over the Arabian Peninsula.

The rocket, which is about 108 feet tall and weighs nearly 40,000 pounds, had launched a piece of a new Chinese space station into orbit on April 29.

After its fuel was spent, the rocket had been left to hurtle through space uncontrolled until Earth’s gravity dragged it back to the ground.

Generally, the international space community tries to avoid such scenarios.

Most rockets used to lift satellites and other objects into space conduct more controlled reentries that aim for the ocean, or they’re left in so-called “graveyard” orbits that keep them in space for decades or centuries. But the Long March rocket is designed in a way that “leaves these big stages in low orbit,” said Jonathan McDowell, an astrophysicist at the Astrophysics Center at Harvard University.

In this case, it was impossible to be certain exactly when or where the booster would land.

The European Space Agency had predicted a “risk zone” that encompassed “any portion of Earth’s surface between about 41.5N and 41.5S latitude” — which included virtually all of the Americas south of New York, all of Africa and Australia, parts of Asia south of Japan and Europe’s Spain, Portugal, Italy and Greece.

The threat to populated areas of land was not negligible, but fortunately the vast majority of Earth’s surface area is consumed by oceans, so the odds of avoiding a catastrophic run-in were slim.

The rocket is one of the largest objects in recent memory to strike the Earth after falling out of orbit, following a 2018 incident in which a piece of a Chinese space lab broke up over the Pacific Ocean and the 2020 reentry of an 18-metric-ton Long March 5B rocket.

Despite recent efforts to better regulate and mitigate space debris, Earth’s orbit is littered with hundreds of thousands of pieces of uncontrolled junk, most of which are smaller than 10 centimeters.

Objects are constantly falling out of orbit, though most pieces burn up in the Earth’s atmosphere before having a chance to make an impact on the surface. But parts of larger objects, like the Long March rocket in this instance, can survive reentry and threaten structures and people on the ground. 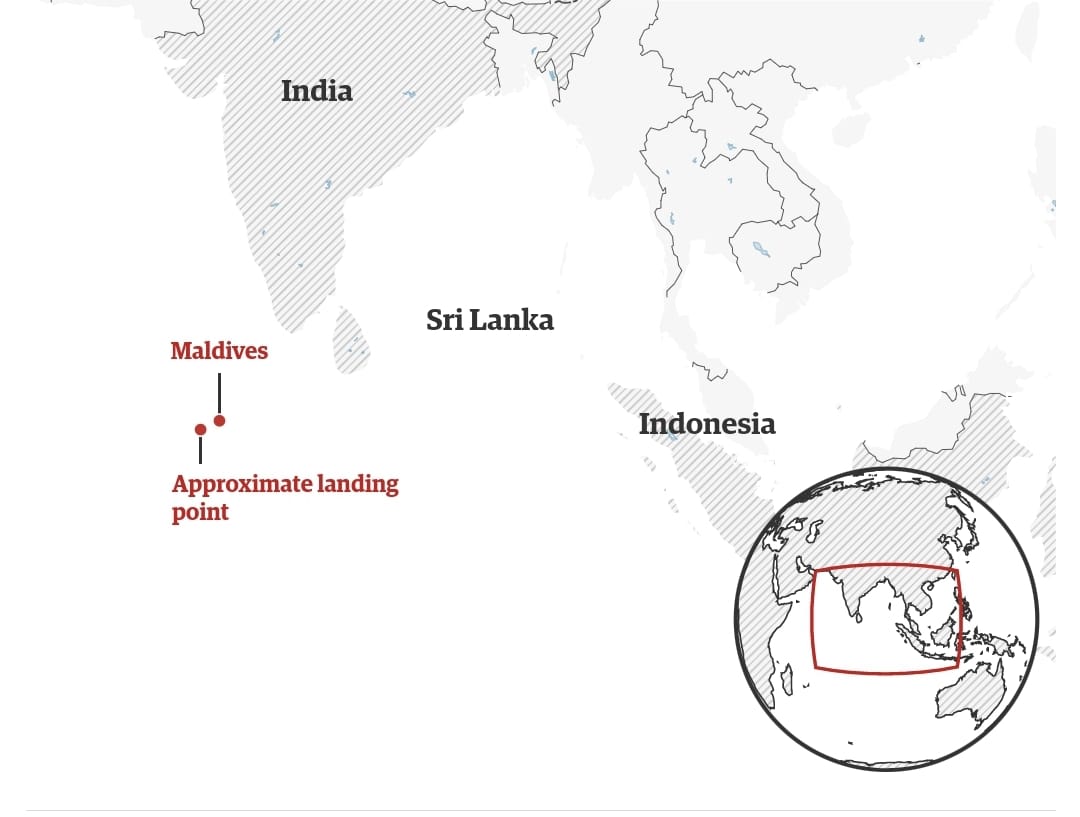