COLOMBO (News 1st); Naval patrols conducted in northwestern and western waters of the island on 07th May 2021, led to the seizure of over 235kg of Kerala cannabis and about 522kg of onion seeds, attempted to be smuggled into the country via sea routes.

The Navy is stepping up patrols to curb the smuggling activities via sea routes as well as to prevent the risk of the transmission of the pandemic within the country, as a result of smuggling activities and possible illegal immigration attempts towards Sri Lanka. Incidentally, the Navy is on a 24-hour patrol increasing the security in island waters, including the northern and northwestern seas which are most likely areas for smuggling and illegal immigration.

During a patrol in the seas off Kudiramalei Point, the Navy spotted an Indian fishing vessel in Sri Lankan waters across the International Maritime Boundary Line (IMBL) and the vessel was boarded by 07 Indian nationals. Further search of the vessel led to the seizure of over 235kg of Kerala cannabis in 118 packages contained in 06 sacks, which were suspected to have attempted to smuggle into the island. The street value of the seized consignment of Kerala cannabis is believed to be over Rs. 70 million.

In a separate patrol in the seas off Negombo on the same day, the Navy intercepted a suspicious dinghy approaching landward and took hold of about 522kg of onion seeds in 20 packages in the dinghy. Meanwhile, 02 Sri Lankan suspects who attempted smuggle this consignment into the country were held during this patrol, along with the dinghy used for this illegal act.

The patrols were conducted adhering to COVID 19 protocols in force for the prevention of the spread of the pandemic. Due to the concerns of the transmission of COVID 19, the consignment of Kerala cannabis was set on fire and the 07 Indian nationals were repatriated back to their home waters. Further, the 02 suspect together with the haul of onion seeds and the dinghy were handed over to the Customs Preventive Office, Katunayake for onward legal action. 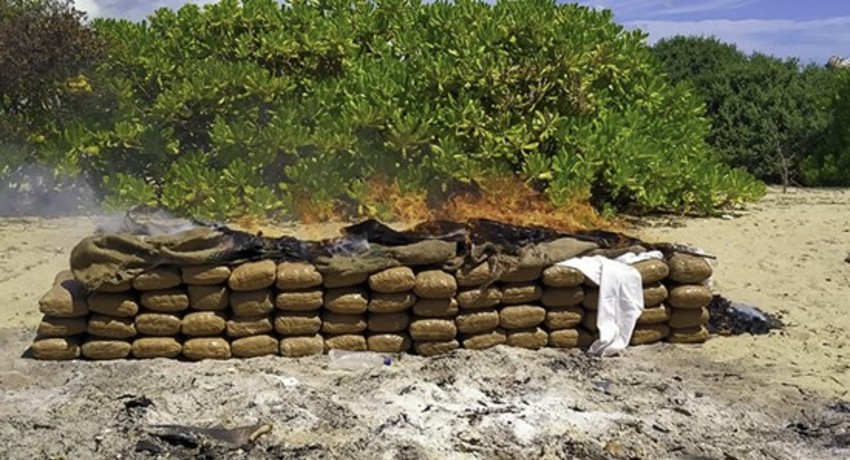 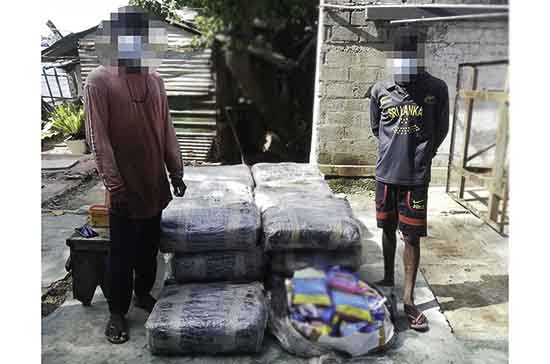 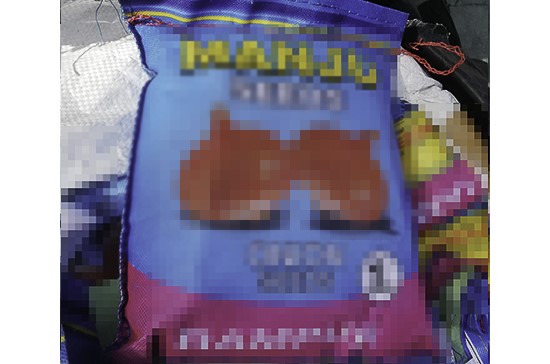 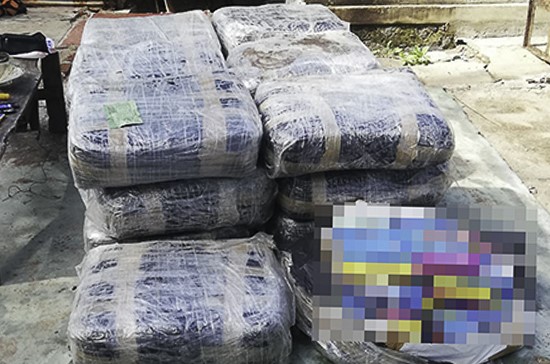 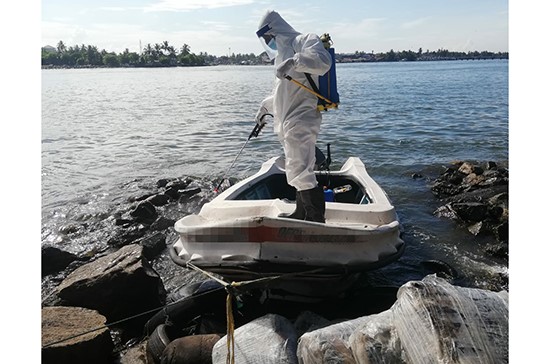 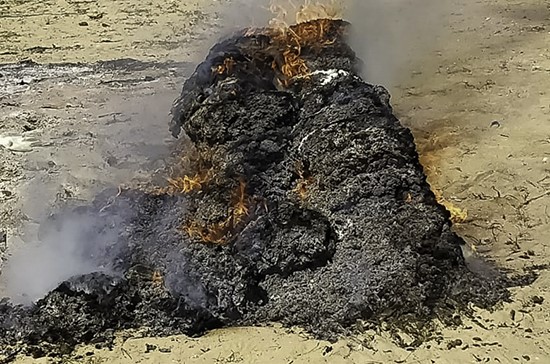 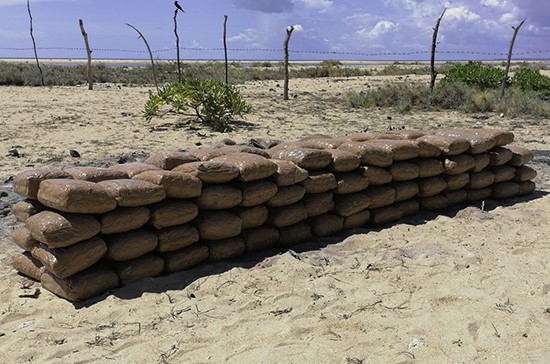 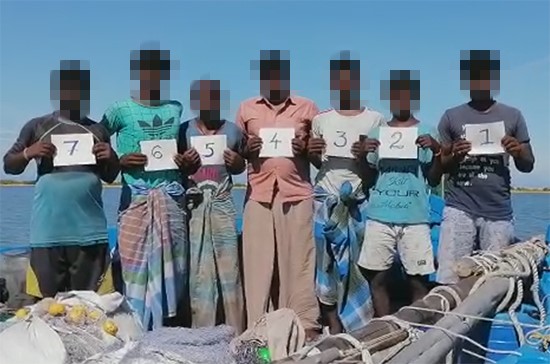 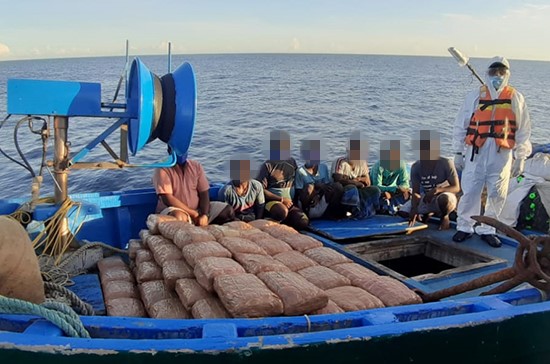 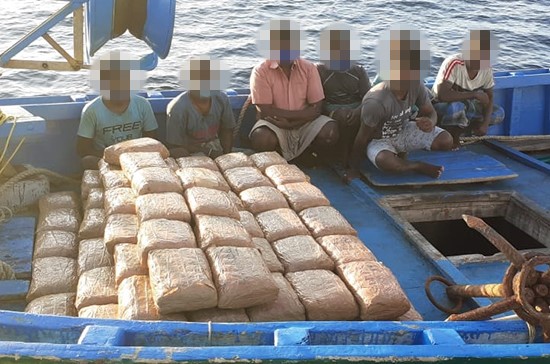 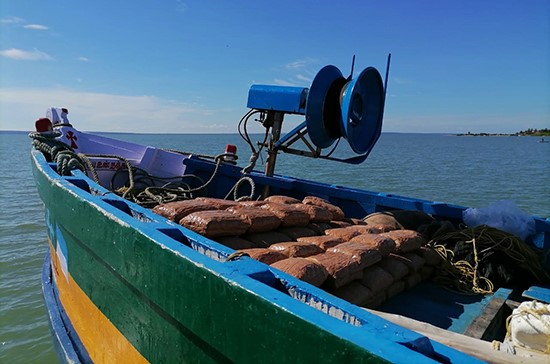 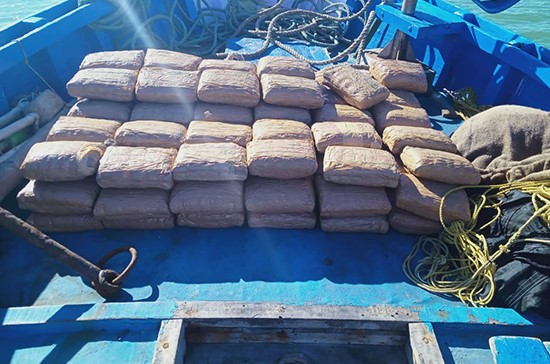 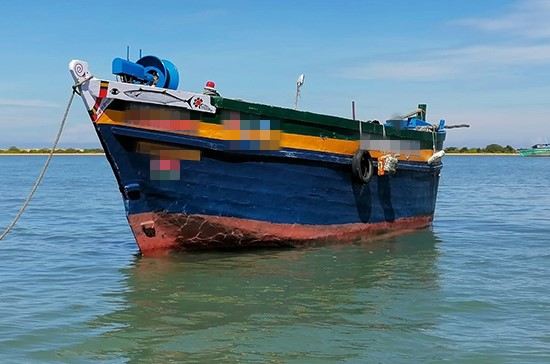