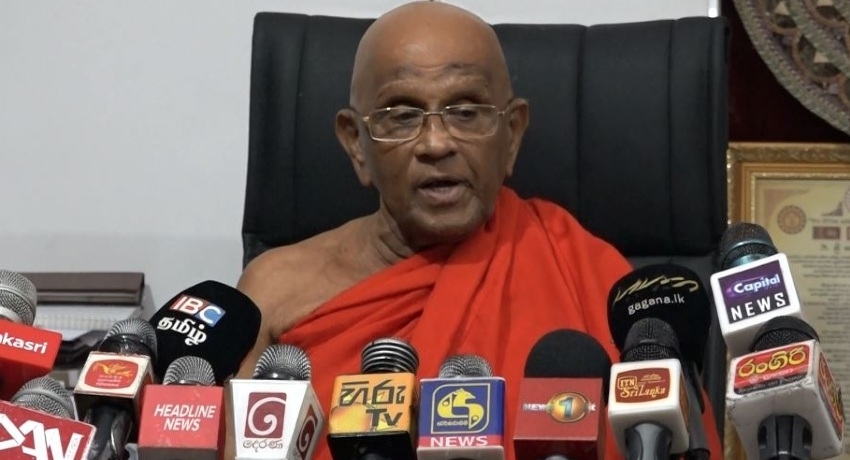 Colombo (News 1st); ‘We will not allow Sri Lanka to become a Chinese Colony’, said Venerable Muruttettuwe Ananda Thero, the Chief Incumbent of the Abhayarama Temple in Narahenpita.

The Venerable Thero was instrumental for the present government to be elected to power and he told reporters that the Sri Lanka Podujana Peramuna and the present leadership were created from the Abhayarama Temple in Narahenpita.

“It is clear the country is heading on the wrong path,” said the Venerable Thero.

“We cannot allow anyone to destroy this country and whatever was destroyed must be rebuilt,” said Venerable Muruththettuwe Ananda Thero.

Sri Lanka’s Western Province will face challenged because of the Port City, he said adding the country’s leadership was elected to build the country and not to sell it, let alone lease it.

‘The leadership should not ink agreements in secret. Any agreement should be subject to discussion,” he said.

The country’s leaders must understand that just as the people voted to elect the President and the Government, the people would also rise against destructive programs.