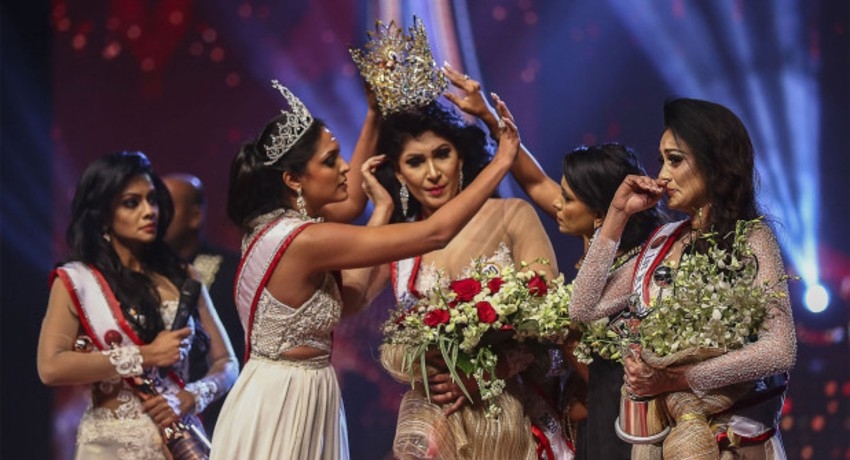 The Deputy Police Chief said the duo were arrested on the offenses of causing simple hurt and criminal force, committed at the Nelum Pokuna Theatre on Sunday (04).

Caroline Jurie and Chula Padmendra were released on police bail and were informed to appear in court on the 19th of April 2021.

Police Spokesperson DIG Ajith Rohana earlier said a complaint was filed by Mrs Sri Lanka Pushpika De Silva claiming that she won the Mrs. Sri Lanka 2020 pageant, and later her crown was taken away causing injuries to her.

Ugly scenes were reported at the Mrs Sri Lanka pageant on Sunday (04) when Pushpika De Silva won the title of Mrs. Sri Lanka, only to end up in the hospital with head wounds after Mrs. World Caroline Jurie ripped off her crown in a snit to bestow it on the runner-up.