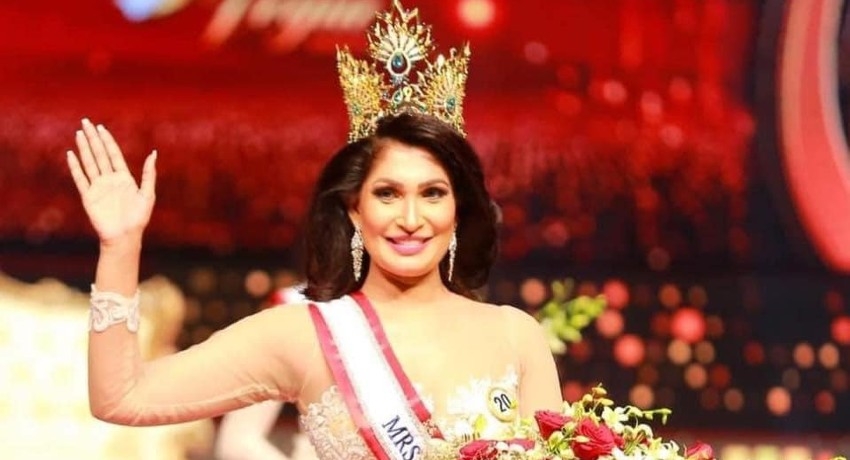 “Did not violate pageant rules, will take legal action against incident” – Pushpika

“Did not violate pageant rules, will take legal action against incident” – Pushpika

Colombo (News 1st); Pushpika De Silva, the 2021 Mrs. Sri Lanka winner who was stripped of her crown on Sunday (04) night following a dramatic ending to the pageant insists she had not violated the pageant rules.

On Sunday (04) night, De Silva was announced as the winner and was crowned by Mrs. World Caroline Jurie, while she was congratulated on stage by the Chief Guest, Shiranthi Rajapaksa.

However, Jurie later made an announcement saying the winner was divorced and cannot contest and so she has decided to crown the first-runner up as the new winner.

Pushpika De Silva in a statement on her official Facebook account penned that she is not a divorcee and challenged the organizers to produce any document to claim that she was divorced.

“Living separately and being divorced are two completely separate things,” she said in the statement stressing that she is not a divorcee even at the time of posting the statement.

“Real queens fix each other’s crowns,” she said in the statement.

Pushpika De Silva went on to note that if she was not suitable for the contest, she should have been removed at the very beginning adding the organizers could not have been asleep when she was moving ahead in the pageant.

“I have already taken the necessary legal action against the injustice and humiliation caused to me at the event,” she added.